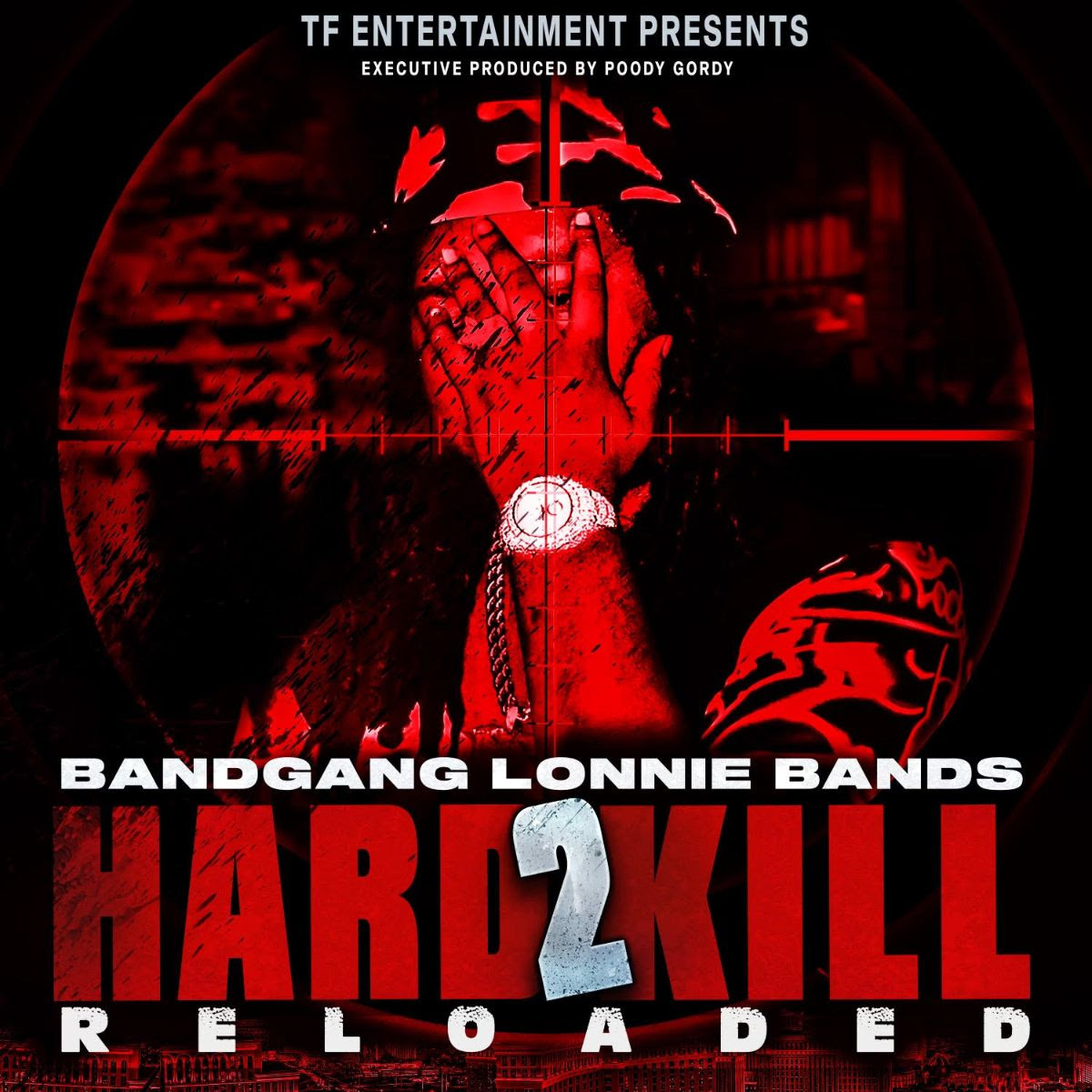 With his deadpan delivery and light-as-a-feather flows, BandGang Lonnie Bands draws listener’s ears with the warmth of his endearingly aloof persona before catching them by surprise with hard-biting bars. This inimitable quality creates the disarming blend of ease and urgency that underlies each track of Lonnie’s acclaimed 2021 album, Hard 2 Kill, which receives the deluxe treatment today with the release of Hard 2 Kill: Reloaded via TF Entertainment. Featuring nine new tracks–including BandGang posse cut “4 Paid & Jizzle“–that build on H2K’s imperative energy in the wake of a near-fatal shooting, H2K: Reloaded offers a more introspective look into Lonnie’s psyche as he grapples with his new lease on life.

Featuring the recent, Rick James-inspired video single, “Bam Bam,” H2K: Reloaded adds a new layer of depth to its predecessor, reflecting BandGang Lonnie Band’s state of mind since H2K’s October release. On the deluxe album’s intro track, “My Brother Keeper Pt. 2,” recently released as a video, Lonnie embarks on an odyssey through his helter-skelter mental state in search of clarity, as he raps, “I got real PTSD, this sh*t deeper than anxiety/I got cursed from the family tree, man, I think somebody got a Voodoo doll of me.” As the project progresses, Lonnie wrestles with perceptions of feeling ostracized and misunderstood as he solidifies his legend, and it’s not hard to see why. Whether rapping, hustling, or both, it’s lonely at the top with a light that shines like Lonnie’s.

H2K: Reloaded marks BandGang Lonnie Bands’ first full-length release of 2022, following a hard-hitting 2021 that mixed professional success and personal strife. Having turned the page to a new chapter, the Detroit rapper rhymes with a new level of fearlessness, discusses his exploits in the streets, demonstrates his rap supremacy, and dares the opps to take another shot at him.

With over 100 million YouTube views in the bank, BandGang Lonnie Bands has spent the past five years proving that he’s one of the best bar-for-bar rappers in the game today. He made his name as one of six members of BandGang, a Detroit collective that helped bring the piano-heavy sound that now dominates Detroit to the forefront. The 26-year-old rapper showed his bonafides as a solo act with his 2020 KOD project, acclaimed by Pitchfork, and expanded his audience with guest appearances on tracks by Shoreline Mafia, Drego & Beno, and more. Though the last two years have been hard, punctuated by Lonnie’s near-death experience and the loss of several close friends including BandGang Paid Will, the rapper emerged from his trials stronger as a man and an artist, determined to support his family by doing what he loves most–making music.

Kenny Muney Enjoys the View From His Memphis Penthouse in “Rabbit”