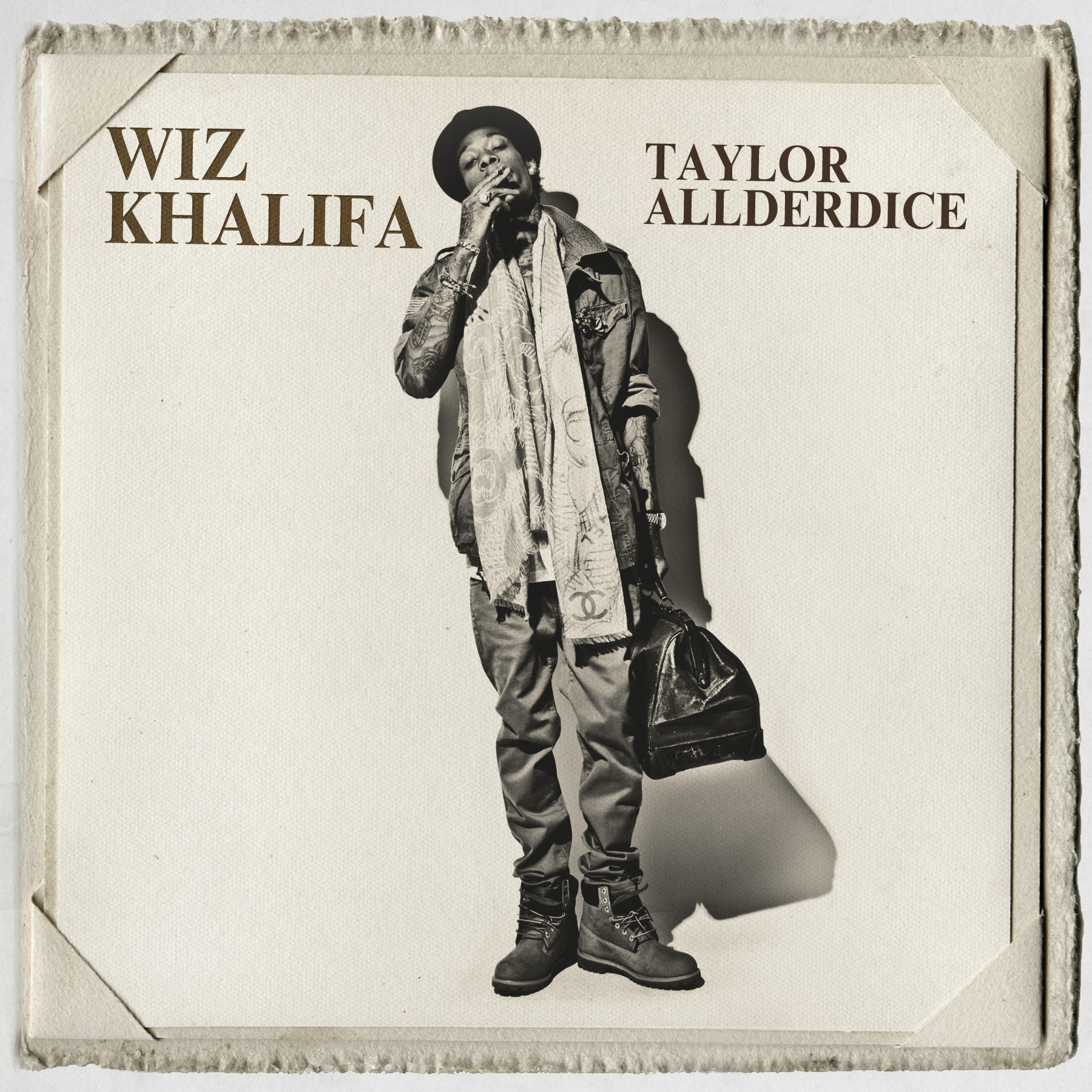 Multi-platinum selling, Grammy and Golden Globe nominated recording artist Wiz Khalifa grew from grassroots fame to worldwide stardom, but he never forgot his original fans or his roots in Pittsburgh, PA. Today, Wiz celebrates the tenth anniversary of his mixtape Taylor Allderdice, releasing the acclaimed tape to streaming services for the first time. Home to fan favorite hits like “My Favorite Song” and “California,” Taylor Allderdice is currently available to stream on all platforms via Taylor Gang/Rostrum Records.

Released shortly after his debut album and mainstream breakthrough Rolling Papers, Taylor Allderdice served as a message to Wiz’s core fans that even as his profile rose, he would remain the same easy-laughing stoner who roamed the halls of Taylor Allderdice High School in Pittsburgh. The mixtape was a conscious return to the hazy sound he developed in Pittsburgh with his core collaborators, many of whom, including producers like I.D. Labs, Sledgren, Cardo, and Big Jerm, and Taylor Gang artists like Chevy Woods and Lola Monroe, appear on the project. Taylor Allderdice showcased the chemistry between Wiz Khalifa and the newest Taylor Gang signee, legendary rapper/producer Juicy J, who goes back and forth with Wiz on four of the mixtape’s tracks. Each of the tracks on Taylor Allderdice end with snippets of dialogue between Wiz Khalifa and mixtape host Rob Markman, in which Wiz discusses his rise to stardom and answers burning questions with thoughtful defiance.

Originally released in March 2012, Taylor Allderdice earned critical acclaim upon release, earning positive reviews in XXL and HipHopDX, and earning the #8 placement in Complex Magazine’s list of Best Albums of 2012. Boasting an all-star cast of guest artists and a list of early 2010s heavyweights behind the boards, including Lex Luger, Jake One, Harry Fraud, and SpaceGhostPurrp, Taylor Allderdice is an indelible snapshot of a fascinating period in the history of Wiz Khalifa and hip-hop at large.

The official release of Taylor Allderdice continues Wiz Khalifa’s efforts to clear his classic mixtapes for streaming services, with the assistance of Rostrum Records. In 2020, the rapper celebrated the 10th anniversary of his classic Kush & Orange Juice mixtape by releasing it to streaming services and printing limited edition vinyl. Later that year, Wiz released “The Thrill,” his early single with the memorable Empire Of The Sun sample, to DSPs, earning the approval of the band and listing them as primary artists on the song. Stay tuned for more from Wiz, as the star rapper prepares to deliver more of his blog-era classics to modern streaming formats.