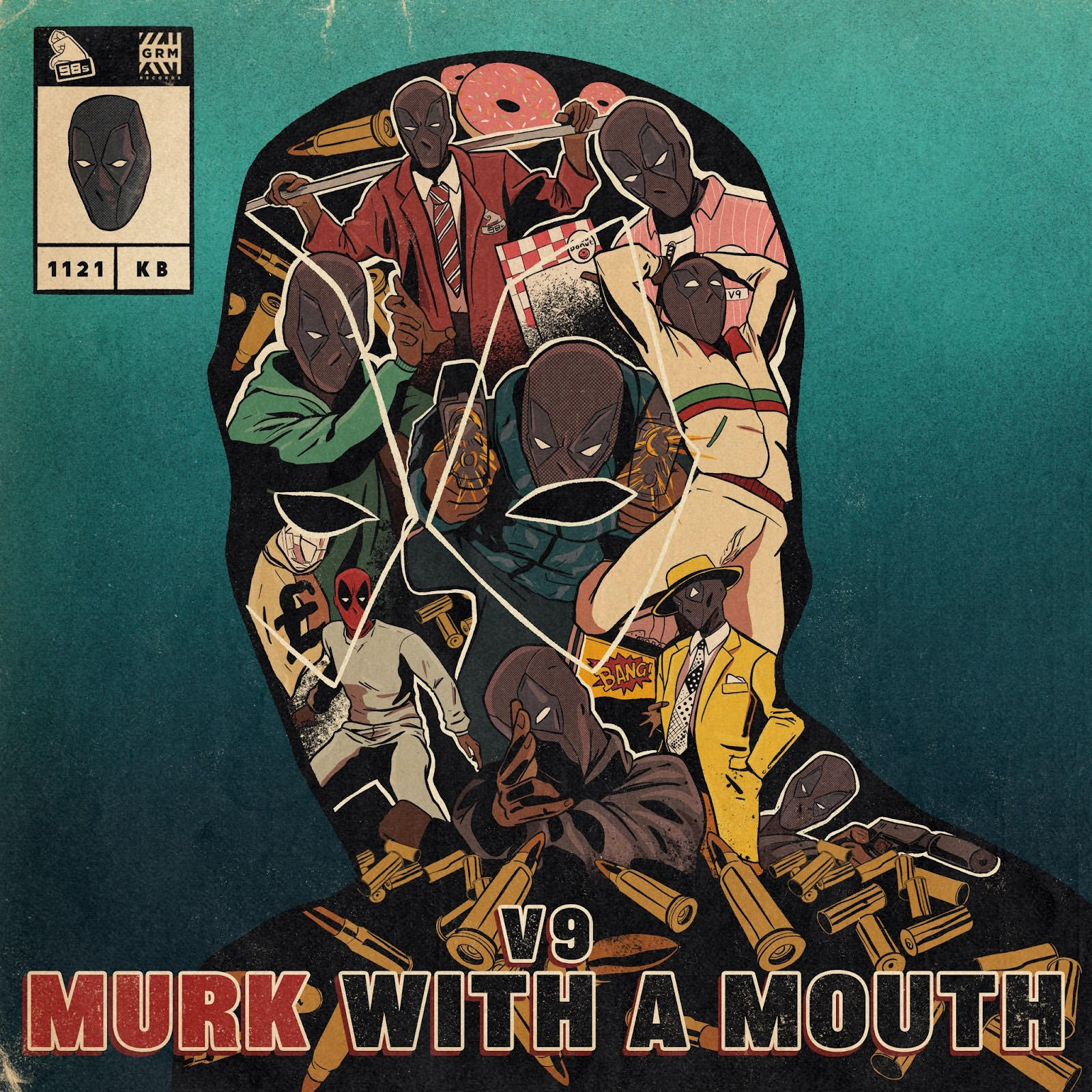 One of the UK’s most promising drill acts hailing from East London, Homerton to be precise. V9 has delivered consistently with perplexing recent releases “Hole In One“ and “Change” and now to add to his growing catalogue, he unveils his brand-new EP ‘Murk With A Mouth’.

Building on all his momentum and acclaim following his 2020 sophomore effort Yudokuna and his most recent energetic freestyle that kicked off the 4th season of Fumes The Engineers, Plugged In Sessions. The highly anticipated Murk With A Mouth is the encapsulation of V9’s musical persona, a bold fusion of intense rap vocals, experimental beats and drill-esque cuts underpinned by oriental soundscapes.

V9’s highly distinctive cadence and larger than life personality colours the project from start to finish and his ample versatility is fully on show throughout. Spread across 15 tracks; boasting features from 98’s members Unknown T, Billy Billions, Jimmy and more. In true V9 fashion “Mortal Kombat” brings venomous vibes and the hugely popular “Hole In One” which amassed over 1M streams in just a few short months balances it out with a melodic vibe. To a straight lyrical display on “MGW (No Pen No Pad)”; oozing sensual appeal on “Double S” to raw project standout “Shoulda Woulda Coulda” featuring lyrical rap genius Ghetts.

With a track record of showcasing natural chemistry on production, V9 works closely with familiar names Ghosty, Morts, AV and more to steer listeners through these eclectic range of sounds. Murk With A Mouth without a doubt emerges as an innovative, charismatic body of work that defines the progression of V9’s influence in sounds and technical brilliance. Speaking on the brand new project ‘Murk With A Mouth’ V9 says: “There was no inspiration behind it, I was just making music and being me”.

The Homerton rapper has had a strong come up, gaining real recognition in 2020 having garnered over 32.3M streams across 92 countries independently while exemplifying his versatility. He continues to go from strength to strength, his most recent single “Change” having amassed over 325K+ streams in just a couple of months. Garnering an abundance of support alongside critical early coverage from tastemakers Complex, DJ Magazine, Trench and Clash magazine positioning the rapper as one to watch in 2021.

Now officially out, Murk With A Mouth is a proud milestone in what is sure to be a long and fruitful career ahead. V9’s idiosyncratic energy, unerringly catchy slogan and passion with his approach will continue to shape the scene. This audacious body of work, blend of heat both in style and delivery will without a doubt continue to define V9 as one of the UK’s most promising drill acts.