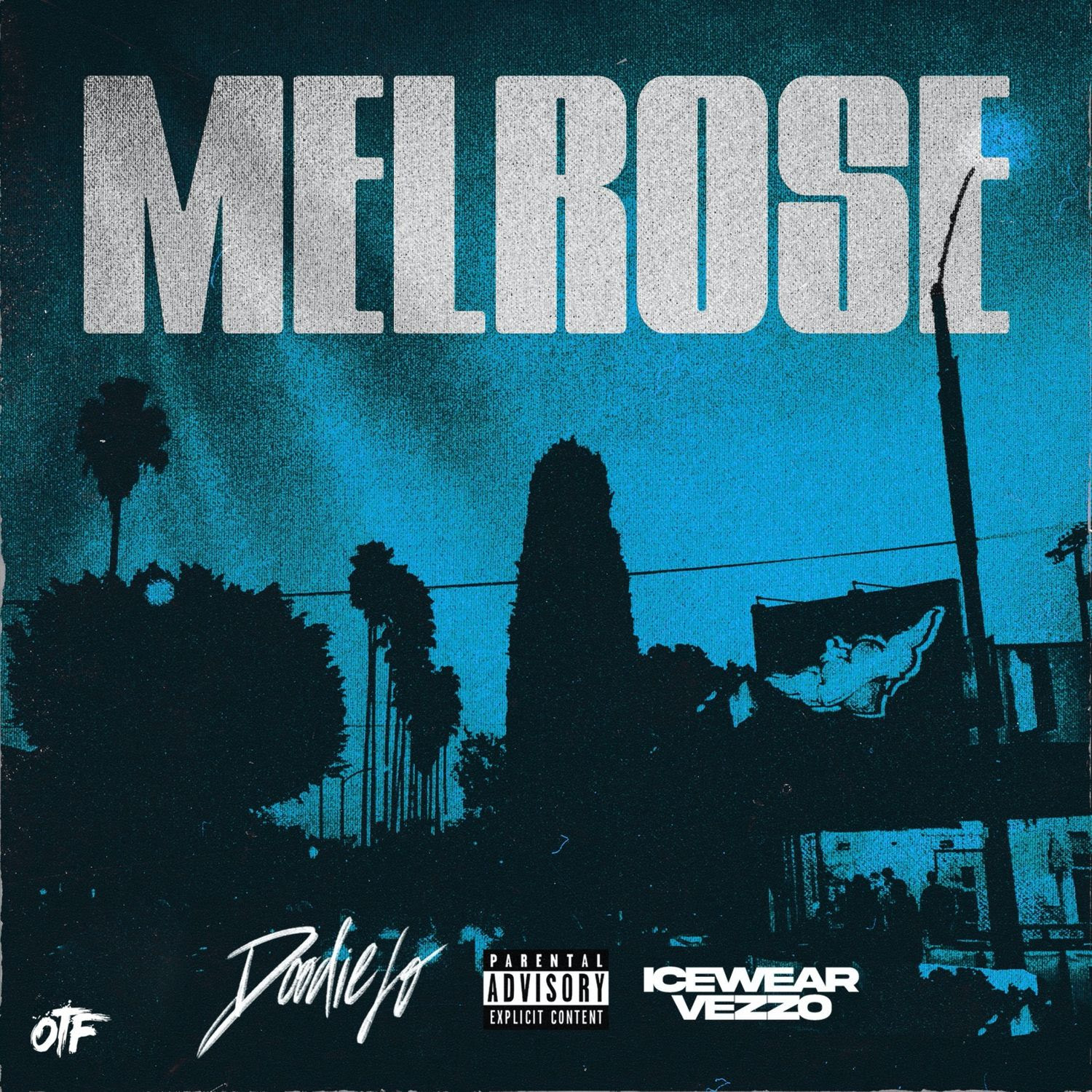 Only The Family rapper Doodie Lo delivers no-nonsense bars through a wizened rasp–he has the voice of someone who has seen it all and lived to tell the tale. Showing off his tough-talk with the help of a fellow Midwest street hero, Doodie Lo shares “Melrose,” his new video. Produced by Foreva Rollin and Tahj Money, the song connects the Kankakee, IL native with another slick talker from the rust belt, as he bounces his boasts off Icewear Vezzo, who shares Doodie Lo’s affinity for speaking softly and carrying multiple big sticks. In the video, Doodie and Vezzo sip syrup in a safe house, as they show off their ice and connect with Doodie Lo’s mentor Lil Durk via FaceTime. “Melrose” is the latest salvo in a busy year for the OTF artist, who looks to make his mark with his tough-talking street music.

Last year, Doodie Lo made an impact with Big Doodie Lo, the artist’s debut full-length project. The mixtape is home to “Me & Doodie Lo,” an energetic collab between King Von and Doodie that originally appeared on OTF’s Loyal Broscompilation (and racked up over 10.8 million YouTube views), in which the legendary O-Block native gives Mr. Kankakee an enthusiastic co-sign. Doodie Lo returns the favor with mixtape highlight “Von Flow,” in which he emulates the propulsive rhyming pattern that Von used in many of his hits and tells a crazy story of his own. Featuring appearances from his OTF head honcho Lil Durk, along with guest spots from Moneybagg Yo, Pooh Shiesty (on the pugilistic recent single “Bodies,” which has 2+ million YouTube views), BIG30, and Yung Mal, Big Doodie Lo is available to stream everywhere via Only The Family / EMPIRE.

A close associate of Lil Durk with a growing fanbase in the midwest, Doodie Lo hails from Kankakee, a small city 30 minutes outside of Chicago. He has contributed several standout tracks to OTF compilation tapes, including “Hang Out” ft. Memo600, from 2019’s Family Over Everything. The artist had his coming out party early in 2021 with his contributions to Loyal Bros, including “Took Down,” his collaboration with Memphis rapper BIG30 that racked up over 1.8 million video views, “Street Raised Me,” which connected him with Booka600, and most significantly, the aforementioned “Me And Doodie Lo.”

With the full support of Lil Durk, who Doodie Lo is supporting on “The 7220 Tour,” and a strong debut mixtape under his belt, Doodie Lo looks to establish himself as the next midwest street rapper to blow. Given all that he’s already overcome, it would not be wise to bet against him.