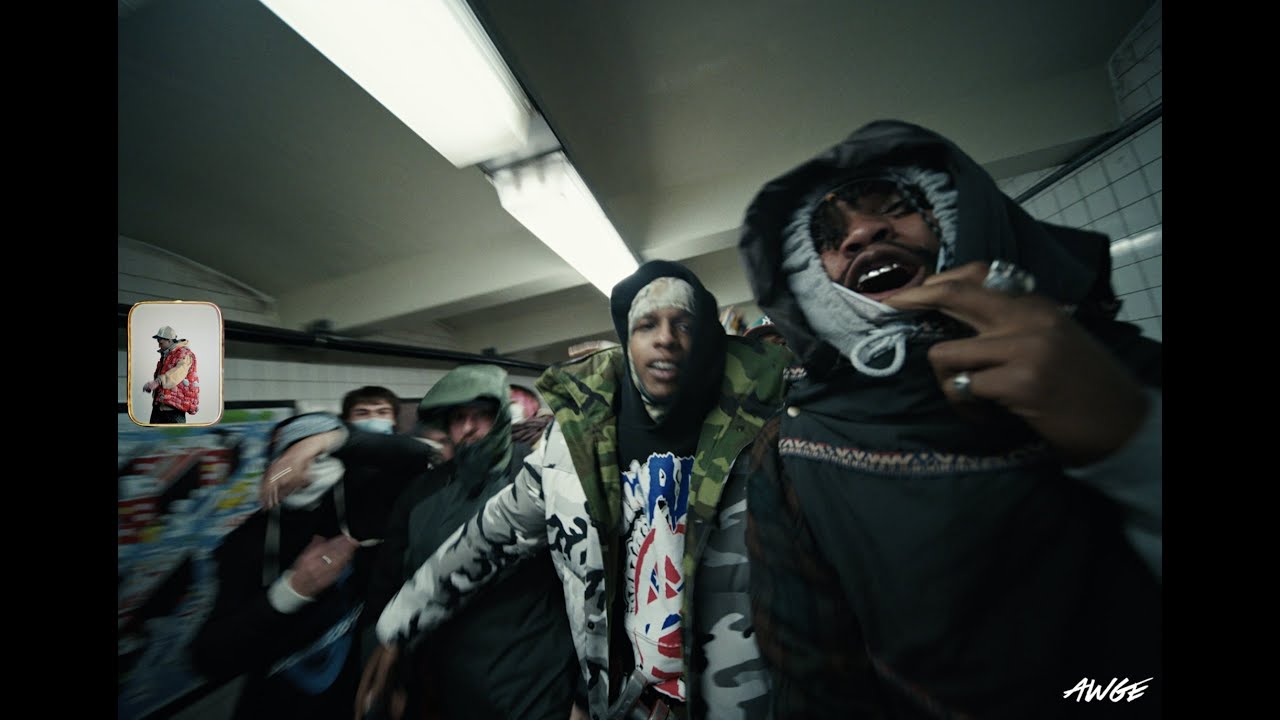 Blessed with prodigious musical ability and a keen sense of visual aesthetics, $NOT is turning heads all across the rap game. The 24-year-old artist’s meteoric rise attracted the attention of A$AP Rocky, who connected with $NOT for “Doja,” a visually striking clip for one of the hardest-hitting tracks from $NOT’s upcoming album Ethereal. Rocky’s creative agency, AWGE, also came on board to provide creative direction to the album as a whole. Produced by Dee B, “Doja” is a bass-boosted banger that finds $NOT wilding out over sirenic vocal samples and speaker-knocking 808s, shouting down his haters with four-letter epithets. On the song’s second verse, Rocky slides in with a supernatural calm, assaulting the upbeat with assonant syllables. The first-ever collab between the two artists trended on Twitter upon the song’s midnight release.

Directed by HIDJI, a director from AWGE, the new video for “Doja” follows both rappers as they go beast mode in the Five Boroughs. Though he hails from Miami, $NOT was born in NYC, and he tours the city like a local, heading from Bed-Stuy brownstones to chic tattoo parlors on neon-lit streets. Ever the Uptown ambassador, Rocky takes $NOT and his crew through Harlem, stopping in project backyards, subway stations, and more. Throughout the video, a mini version of the hooded rapper performs in a picture-in-picture inset, encouraging his fans to rap along. The video ends with a touching tribute to Virgil Abloh and A$AP Yams, as the music shifts to one of the album’s more “ethereal” tracks and Rocky gazes at a memorial mural that honors both of his late friends.

$NOT’s most expansive and expressive album to date, Ethereal finds the 24-year-old artist reconciling his life as a rising rap star with the inner demons he battles every day. Building on the artistic and commercial success of 2020’s Beautiful Havoc, $NOT opens up stylistically and emotionally on the album, a new attitude that is reflected on his awestruck expression on the album’s cover. The album alternates soul-searching ballads with amped, pugilistic anthems like the recent single “GO!“. $NOT indulges in his adventurous spirit on the album, trying his hand at every style under the sun, spitting and singing over beats that range from traditionalist boom-bap workouts to synth-heavy ragers to lounge-accented Tennessee trap and back. On Ethereal, $NOT welcomes an all-star cast of collaborators, ranging from peers like Trippie Redd and Kevin Abstract to some key musical influences, like A$AP Rocky, Juicy J, and Joey Bada$$. Featuring an additional appearance from Teddi Jones, Ethereal arrives on February 11th via 300 Ent.

“It’s called Ethereal because each song seems to belong to another world,” says $NOT. Check it out here!