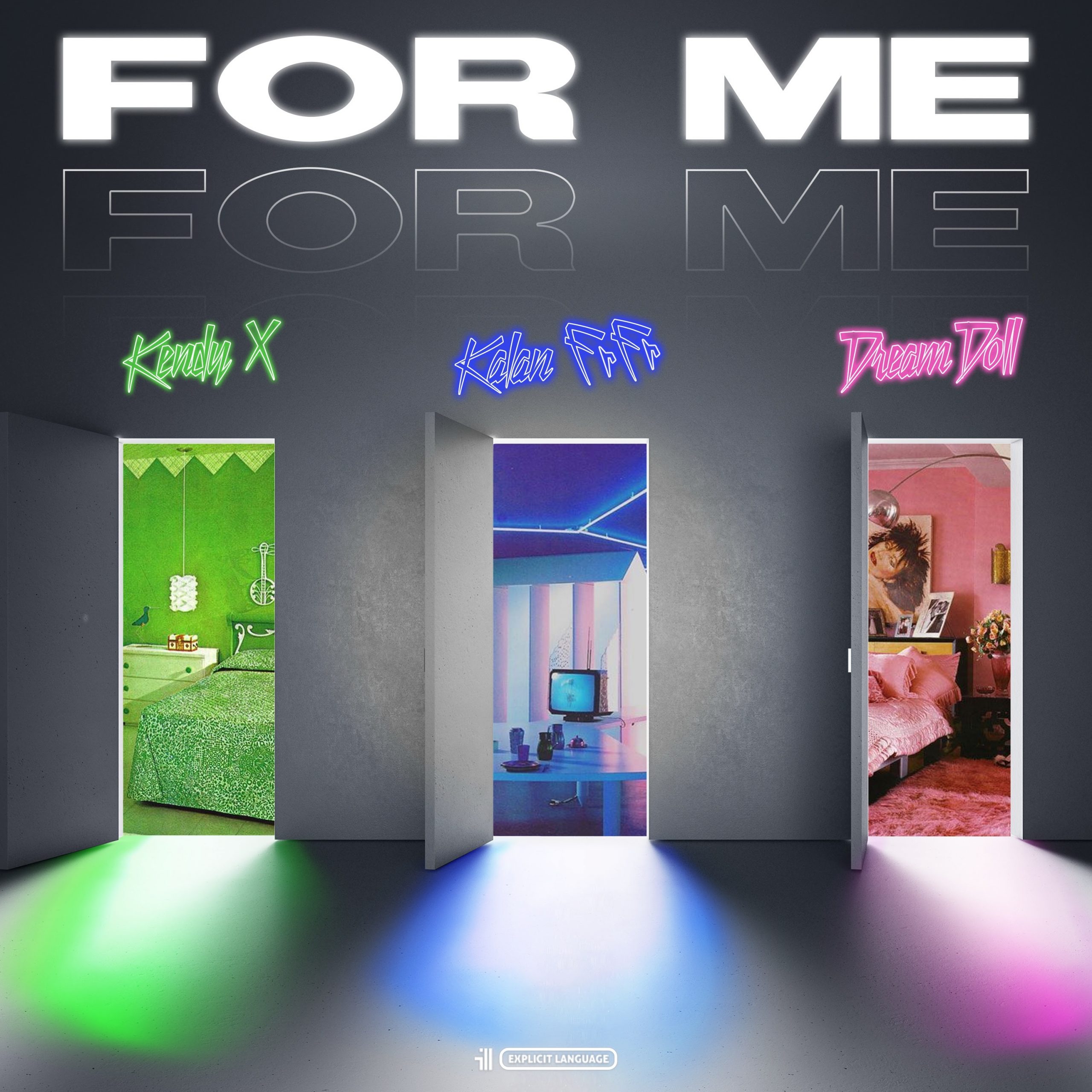 Rising Westcoast R&B artist Kendy X sets her mark with today’s remix release of “For Me” with Bronx-born rapper Dreamdoll and Los Angeles’ own Kalan.FrFr. Available to stream and purchase now, the trifecta forces unleash an irresistible remix to Kendy X’s debut single, which was met with praise last year upon immediate release.

Kendy X shares “For Me is the most important song on the EP, because it shows the transformation into a bad bitch.” “The whole project is about finding yourself and becoming the woman you are meant to be and not changing for anybody. OnFor Me, I’m saying, this is for me. I can get shit on my own. I can do whatever I want to do.It’s meant to empower women. I’ve been listening to Kalan.FrFr since high school, so it was a dream to do a song with him. DreamDoll is such a powerful woman who demands respect. She embodies the spirit of the song.”

LISTEN/ PURCHASE ‘FOR ME’ REMIX HERE

A soon-to-be expert with weaving elements of R&B, Hip Hop, and New-Age Pop with her forthcoming body of work, “For Me” Remix serves as a savory exemplification for the gleaming rising star as she prepares to keep the momentum at a staggering high this year.

Last year, in addition to setting the tone with her single “For Me,” Kendy X swiftly made a lasting mark with her strides as a co-founder of The Rose Fest Music Festival. Kendy X and a team of creatives, including her sister Ry Dope and creative director Phillip Riian created a platform for emerging musicians to showcase their bubbling stardom on a main platform stage with appeal compared to music festivals alike. The inaugural festival, which took place in Orange County, California, received national attention for the powerful initiative that also called on established artists such as Mozzy, Eric Bellinger, Rubi Rose, Day Sulan, Stunna Girl, and more to headline the joyous event. Kendy X made her eagerly awaited debut performance at The Rose Fest Music Festival, where she performed “For Me” along with an array of soon-to-be-released music that is set to make up her official debut project that is currently on the horizon.