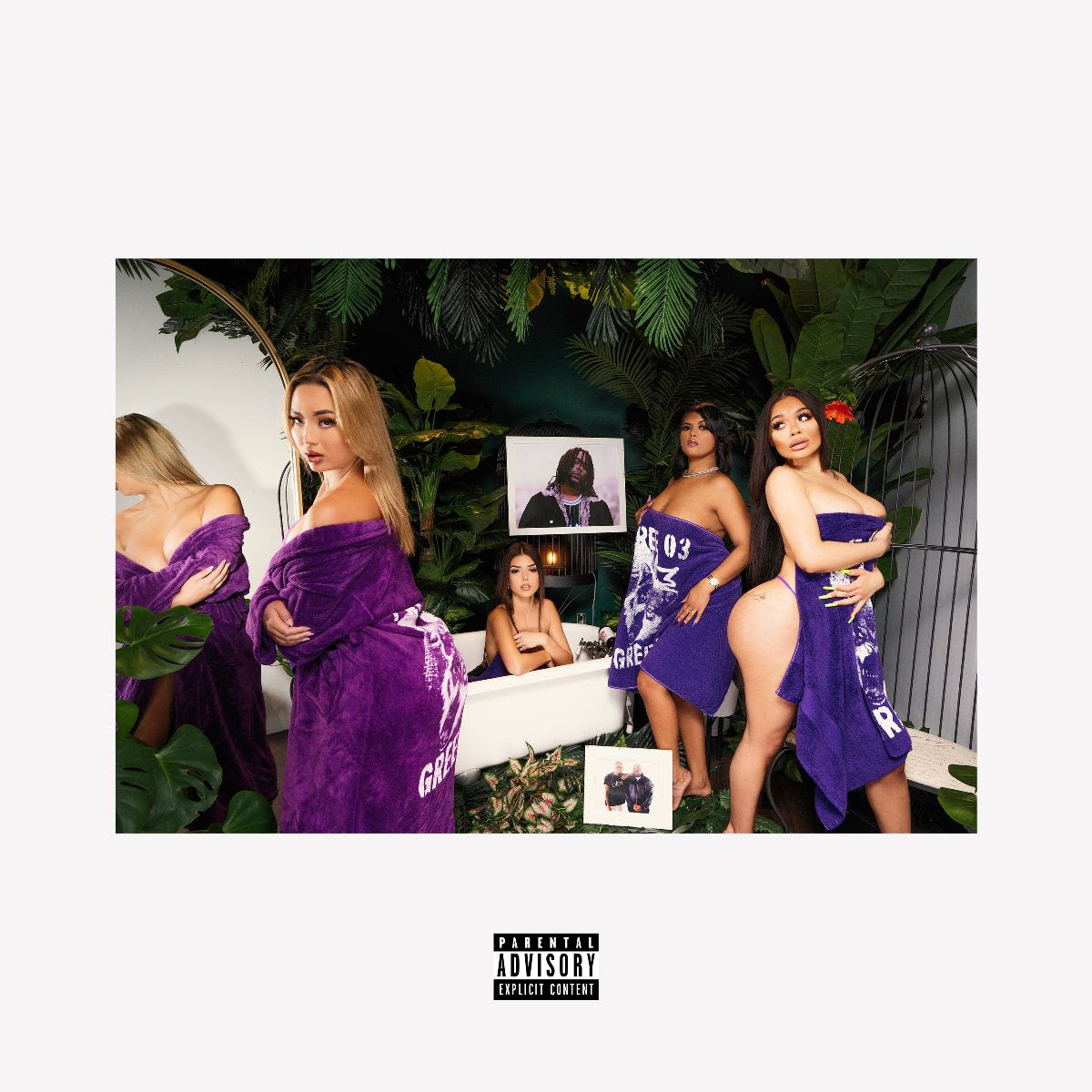 Twirling twisted tunes into taffy-like melodies, 03 Greedo sets the bar for creativity in West Coast rap music. Connecting with one of L.A.’s hottest rap groups for his latest single, Greedo shares “Pourin,” a new song with an appearance from BlueBucksClan. Interpolating “Flossin,” Mike Jones’ 2005 hit and one of Greedo’s favorite songs, “Pourin” finds Greedo delivering an expertly tuneful hook-verse combo, stretching syllables as he sings about his favorite ways to get faded. At the song’s halfway mark, Jeeezy and DJ from BlueBucksClan tag team a slick sixteen, peppering their rhymes with references to King Kong and John Cena and providing a grounded counterpart to Greedo’s flights of fancy. With cover art designed by Desto Dubb, a longtime friend of Greedo’s and owner of the That’s A Awful Lotta Cough Syrup brand, “Pourin” originated as part of Greedo’s period of prolific creativity before beginning his prison sentence in 2018. The single is produced by Mark Free and will be included on the upcoming tape, Free 03.

Last year, Greedo dropped 03 Inna Key, a three-track EP that was released early to JPay, a prison telecom company, a gesture from Greedo that allowed incarcerated people to get the first opportunity to hear the new songs. The EP is home to “Calendar,” included by Passion Of The Weiss at #26 on their list of the 100 Best Rap Songs of 2021. Praising the track, Passion Of The Weiss said, “‘Calendar’ succeeds in illuminating who Greedo is away from all the larger than life bravado, offering an unflinching insight into what it’s like to watch the world pass you by while languishing in a six-by-eight cell.” Along with the theycallmeParker-produced “Calendar,” the EP included “Airbnb,” an uptempo anthem that showcases Greedo’s supernatural sense of rhythmic pocket, and “Liar Liar,” a pointed missive at fake friends and haters that references the titular Jim Carrey film in the hypnotic hook. Earlier in 2021, Greedo’s 2018 song “Substance” went viral on TikTok, prompting Wiz Khalifa to hop on the remix.

When 03 Greedo learned he was facing a long sentence in prison, he entered a period of furious creativity, recording thousands of songs to be released during his time inside. Ready to flood the market with more of his massive backlog of music, 03 Greedo will make his presence felt in 2022, even if he remains behind bars. Stay tuned for much more.

Lupe Fiasco Throws It Back With “Hustlaz,” Announces “LFT” NFT

KENDY X TEAMS UP WITH DREAM DOLL AND KALAN.FRFR ON “FOR ME” REMIX