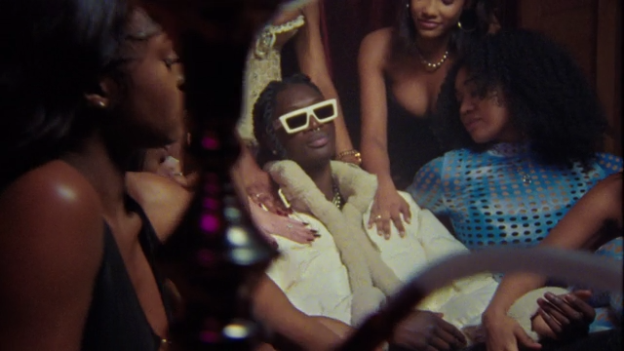 Together, they add another dimension to the original. Gunna pulls up with an instantly quotable verse powered by his signature laidback delivery. In the accompanying visual, JNR Choi arrives at a party in a mansion. Surrounded by models, he dances outside, kicks it in a bounce house, and hangs by the pool. It unfolds as a total mood befitting of the song’s effervescent, effortless, and ethereal spirit.

Continuing to make headlines, Billboard just showcased JNR Choi in a recently launched feature where he was named Chartbreaker of the Month. Check it out HERE. Meanwhile, he will be taking over Billboard’s Instagram today at 3:30 EST. Be sure to follow! Additionally, HotNewHipHop raved, “JNR Choi’s breakout song is the perfect mix of drill and mood music.”

The original “TO THE MOON” has over 114 million Spotify streams. This week it just jumped 10 spots on the Billboard Hot 100 to a new peak of #54. It continues rising.

“TO THE MOON” lit TikTok on fire with 1.5 million creates. It stands out as one of the platform’s “Top 10 Sounds Globally” and kicked off 2022 at #3 on the TikTok U.S. Chart. It has now overtaken streaming platforms as well. It toppled the Spotify Viral Hits Chart at #1 and graces coveted playlists such as Today’s Top Hits. Its success led to his signing with Epic Records and Sony Music UK Black Butter Records last month as chronicled by Billboard.

Last month, he also took the stage at Davido’s London show. NME observed how he came to “inject some afro-drill party spirit into the night.” Plus, he linked up with Fivio Foreign.

Everything sets the stage for much more music to come. Watch JNR Choi take flight in 2022!

Dink Shares “The Make Up”