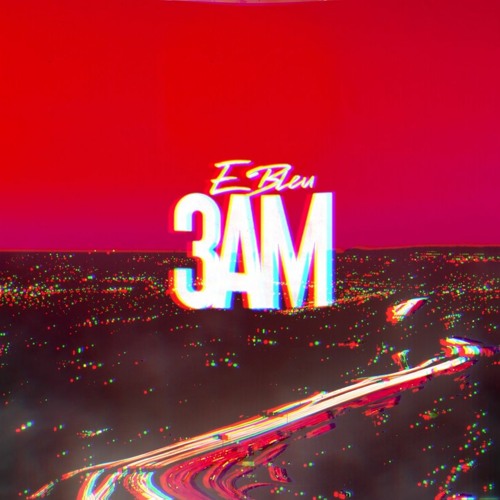 Following collaborations with 24hrs, Kap G, and Eric Bellinger, Texas vocalist E Bleu (@ImEBleu) ends his year long hiatus by way of the DeVan “D1” Hooker produced track “3AM.”  An authentic glimpse into E’s consciousness and the in-the-moment energy that keeps him moving, the record showcases the Houston native’s natural storytelling ability and serves as the first single off his yet to be titled upcoming EP. [Photo Credit: @timmyrisden]

When asked about the inspiration behind the song, E Bleu states :
“I’ve always been a night owl. The energy at night is just different to me. I remember being in an Uber on the way home just mentally re capping the night and feeling like it’s somehow a pattern I fall into every night. I got home and recorded it in like 15 min on my kitchen counter at 3AM.”

E Bleu first hopped on the scene as a teen in a duo with Kevin Abstract, lead singer/songwriter of Brockhampton. In 2018, he released his breakout solo effort “Me Time,” which caught the attention of Motown Records‘ Shawn Barron who took an interest in him and began to help develop his sound. The K3yboarrdKid-crafted cut later spawned a high profile remix with Eric Bellinger & 24hrs, captipulting his career into overdrive.

Listen to “3AM” via 2EZ Recordings below!

Vie Richie Has Hit “Max Speed” On His New Single