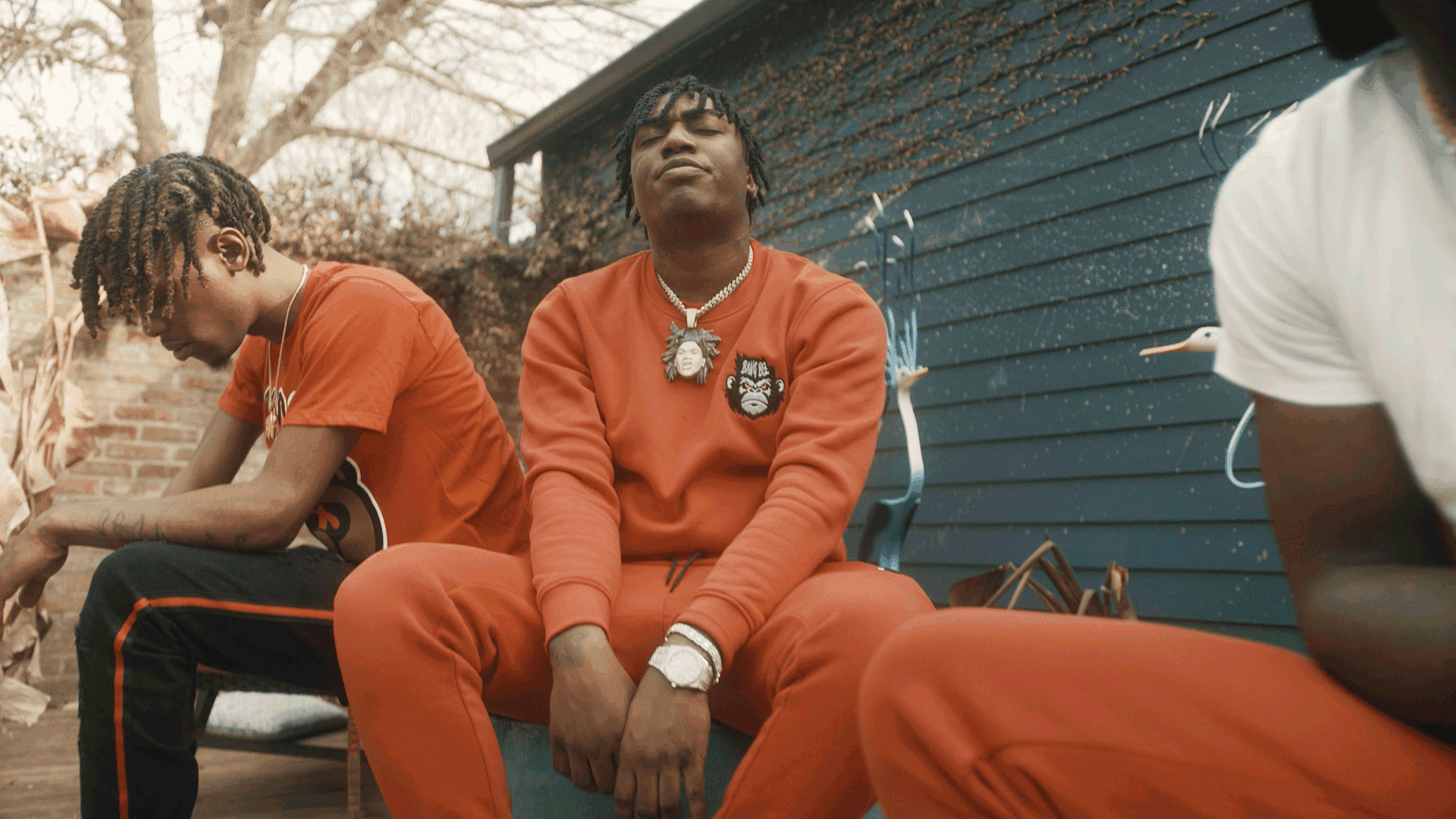 With his deep, barking drawl and a natural affinity for melody, Fredo Bang (Fredrick Givens) is the next rhymer to rise out the Bayou.  The highs and lows of his life encompass turning down a scholarship at Texas Southern U, in order to study closer to home, and a stiff jail sentence for aggravated battery that was commuted in 2018.  At age 23, the Baton Rouge native’s rhymes have now won the South.  He has collabo­ra­ted with everyone from YNW Melly to Moneybagg Yo to Kevin Gates.  2018’s 2 Face Bang mixtape put Fredo on the map with the breakout single “Oouuhh” and a streak of hits including “Shootas on the Roof” and “Father” (over 22 million YouTube views). The street took deeper notice in 2019, with the Big Ape mixtape and  a non-stop string of regional single + video hits that included “Oouuh” Remix featuring Kevin Gates, “Gangsta Talk” featuring NLE Choppa, and “Story To Tell” (Remix) featur­ing Moneybagg Yo.  Fredo entered into a partnership with Def Jam in the fall 2019.  The hits continued unabated with “Face Down” and “Vest Up,” then “Yo Slime,” and “Waitin 4” (with a beat from Hard­body B-Eazy and DJ Chose).  Fredo’s next mixtape, Pain Made Me Numb hit in November, with the single + video releases “Cap A Lot” and “Slidin.”  April 2020 brought the back-to-back releases of the single + video “Trust Issues,” and Fredo’s fourth mixtape, Most Hated.  His next string of new tracks, “Receipts,” “Top,” “Monsters” “Clock Out” (#4 trending on YouTube), “Second Line,” and “No Security” featuring Kevin Gates pointed the way to In The Name Of Gee (September 2020).  Four months later, Still Most Hated, including “Big Steppa” and “Loose Screws (Blues Clues),” arrived as Fredo’s sixth mixtape in less than two and a half years.