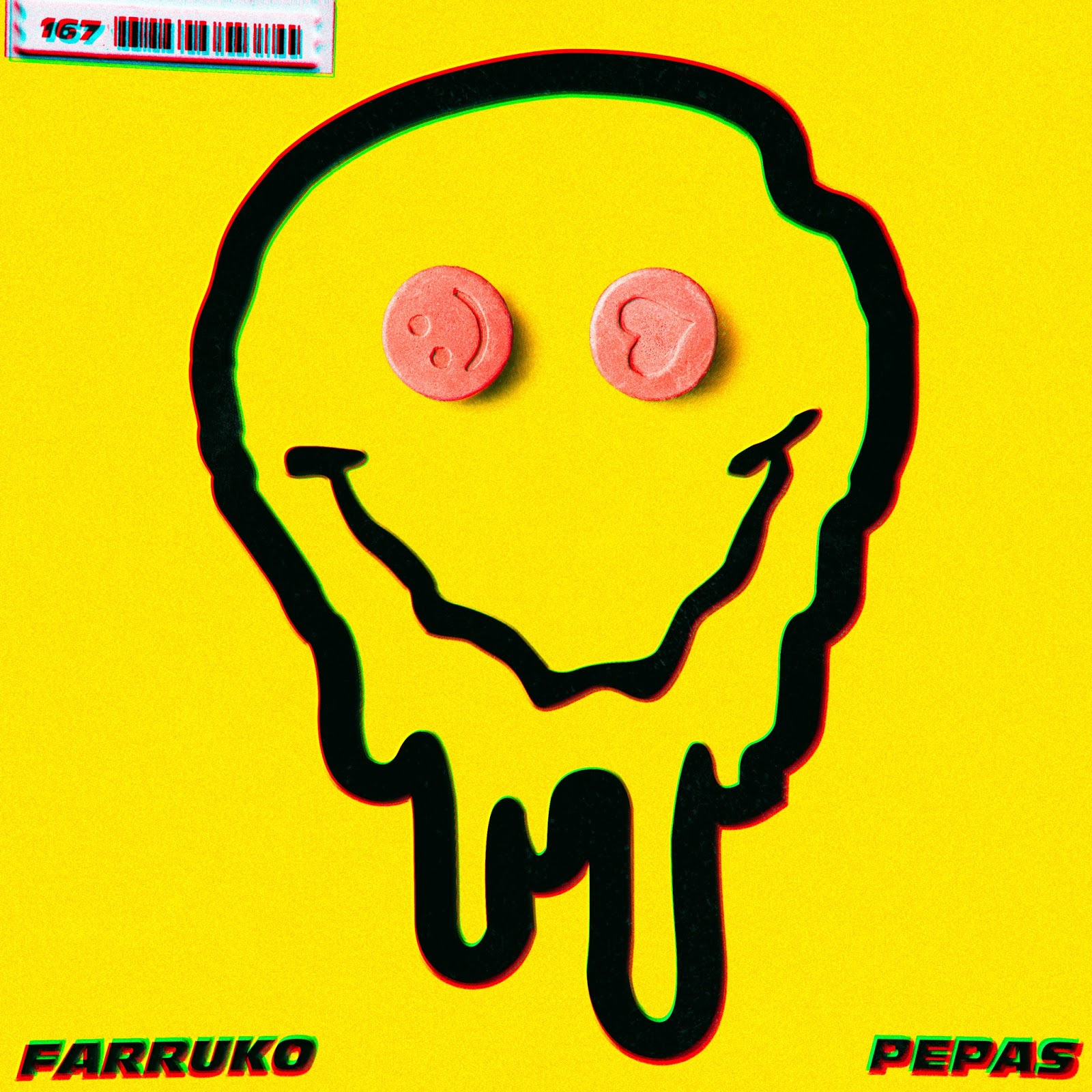 Hit-making singer-songwriter, Farruko, releases his newest track “PEPAS.” “PEPAS” shows the Puerto Rican superstar once again demonstrating his chameleon-like ability to surprise fans across the world–”PEPAS” perfectly blends Latin music and electronic music, providing the ideal soundtrack for summer parties across the globe. While the song starts off slow with Farruko singing in a melody that begins to build, it quickly picks up and morphs into something that is reminiscent of pre-COVID dance parties. To perfectly match the vibe and energy of the song, Farruko expertly weaves a story of complete fun at the club with one’s closest friends enjoying life in its purest form.

The song follows in the footsteps of his previous hit single “Love 66” alongside breakout Staten Island rapper CJ–a dark and gritty drill anthem that stands in stark contrast with “PEPAS”– as well as his five nominations at the 2021 Premios Juventud Awards, and his high-powered “Premium” single release, with “Oh Mama” ft. Myke Towers and “XOXA” ft. El Alfa. The song is available to stream on all digital platforms today.

The virtuoso Urban artist recently announced his long awaited return to the stage with his first ever US arena tour, “LA 167” (La Uno Seis Siete) Tour that will be making stops at more than 12 cities throughout the United States and Puerto Rico. The tour will be presented by entertainment, marketing and media company, Loud And Live, and will make stops in California, Texas, Florida, and more. It will also make stops in San Jose, CA, and San Diego, CA, presented by Live Nation. “LA 167” kicks off in November 2021 and will end in his native Puerto Rico in February 2022. Farruko also made history upon selling out his February 5, 2022 show in Puerto Rico’s renowned Coliseo arena during pre-sale and will be adding the additional February 4, 2022 tour date to his lineup. Tickets go on sale to the general public tomorrow at 10:00 AM local time in each city (with the exception of San Jose, CA at 11:00 AM local time) through www.Farruko.com.

Farruko’s “Love 66” ft. CJ has amassed over 3.56 million Youtube views and over 1.12 million Spotify streams. “Love 66” showcases a raw and gritty side of the singer while bridging the genres of Rap and Latin Urban. Farruko constructs a story of how one should enjoy life while never forgetting their roots or letting anyone disrespect your hustle. Farruko was recently honored with five nominations under the “La Mezcla Perfecta (The Perfect Mix)”, “Track Viral Del Año (Viral Track of the Year”, “Canción Del Año (Song of The Year)”, and “El Traffic Jam” categories at this year’s Premios Juventud Awards for his work on his platinum single “La Tóxica,” Sech’s “Relación Remix” (also featuring Rosalía, J Balvin, and Daddy Yankee), and “Si Me Dices Que Si,” Farruko’s collaboration with Camilo and Reik.

To further cement his global status, Farruko also appears on the recently released F9 soundtrack, the next movie in the Fast & The Furious franchise, performing “Rápido” along with Myke Towers, Amenazzy and Rochy RD. Farruko is presently working on his highly anticipated album, La 167, slated for release in the coming months.