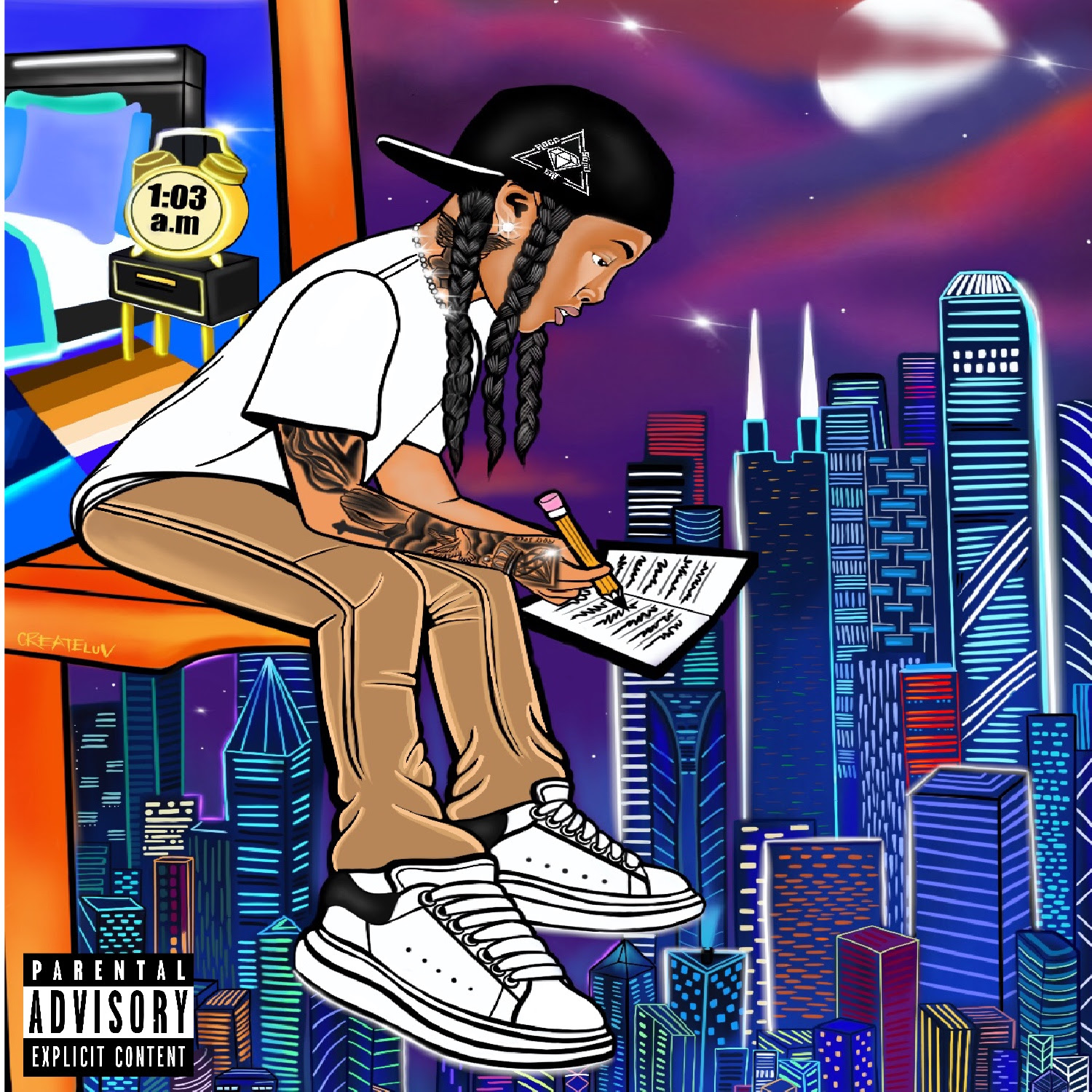 Azjah uses her innate sense of melody to tell stories that blend romantic situations and street realities. Fully immersing herself in the late night, post-party vibe, Azjah shares 1:03 AM, her new project. Spanning 10 tracks, the new project is a showcase for Azjah’s easy melodies, emotive expression, and diaristic songwriting. Her songs are tough and vulnerable in equal measure, often commenting on her latest relationship or her upbringing in Compton.

1:03 AM is home to recent singles like the Bizness Boi-produced “Soul Ties.“ which came with a video that Azjah directed herself, and  “Purple Reign,” a guitar-driven banger. New songs include the smooth, summer heater “I Got You,” which places her firmly in the lineage of fellow L.A. melodic masters like Blxst and Ty Dolla $ign, and the R&B-inflected slow jam “Don’t Make It Easy. Featuring appearances from fellow melodic rapper Yung Bleu, on the new single “Nobody,” which dropped on DSPs yesterday,and rising singer Mayhrenate, 1:03 AM is available to stream everywhere via EMPIRE.

Born and raised in Compton, Azjah has developed into one of the leading voices of L.A.’s bustling rap scene. She grew up in a musical family and developed eclectic tastes (she loves everyone from Maxwell to Lil Durk to James Blunt), but didn’t start pursuing music seriously until her older brother went to jail. Since then, she’s been dedicated to her craft–and her city’s tastemakers have been taking notice. She made the most noise with her 2018 single “Time For It,” which generated over 1 million streams on Spotify and recruited heavy hitters Shordie Shordie and Kalan.FrFr for the remix, and connected with Ty Dolla $ign for “That’s Facts,” which has over 2 million streams on Spotify alone. In the past year, she’s been keeping up momentum by releasing singles like “True Story“ and hopping on “Ain’t For Me,” a song by Long Beach standout $tupid Young.

With her new project, Azjah establishes her songwriting strength and demonstrates why she’s often called the “Princess Of Compton.” It might be 1:03 AM, but you better not sleep.

Singer @Aayannaofficial Releases Her New Single “Let Me Find Out” 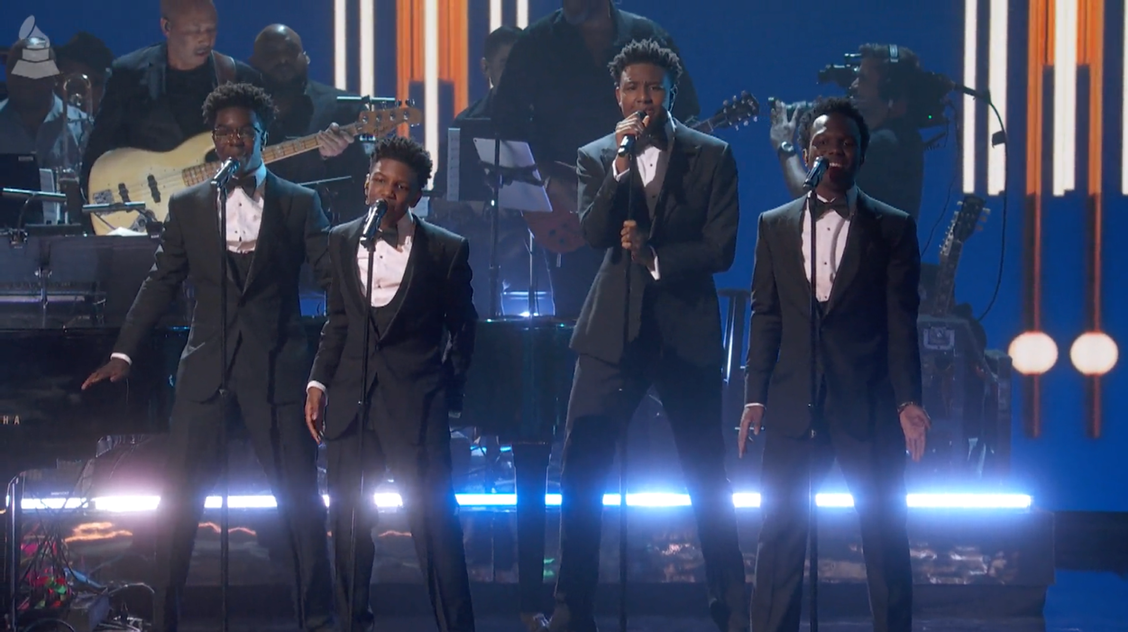 Making their GRAMMY® Awards debut and appearing during the most powerful moments of last night’s GRAMMY® Awards, fast rising brotherly R&B group WanMor joined forces with none other than the legendary Stevie Wonder to perform “The Way You Do The Things You Do”, originally by The Temptations to honor Berry Gordy and Smokey Robinson for MusiCares Persons of the Year.

Representing a passing-of-the-torch from one generation to the next, WanMor’s performance stands out as a superstar-making turn. They paid homage to The Temptations alongside one of the most influential artists in history. This only hints at a massive year for the group though.

They started the evening and graced the red carpet for a nonstop series of interviews. During this media blitz, they broke the news of their forthcoming self-titled debut, WanMor EP.

Recently, the group shared the single “Mine” and “Every Pretty Girl in the City” Right out of the gate, it earned widespread critical acclaim. Last year, WanMor’s two-month Every Pretty Girl in the City Tour announced their arrival as a phenomenon. Among many highlights, they turned up at The American Dream Mall for a pop-up performance, igniting the crowd into a fervent frenzy. They impressively delivered pop-up performances at elementary, middle and high schools up and down the coast, rolling through Atlanta, Baltimore, New York, Florida, North, and South Carolina, and beyond. Making headlines, they’ve also recently appeared on Good Day Atlanta and News4Jax Morning Show as part of their fall promo tour. 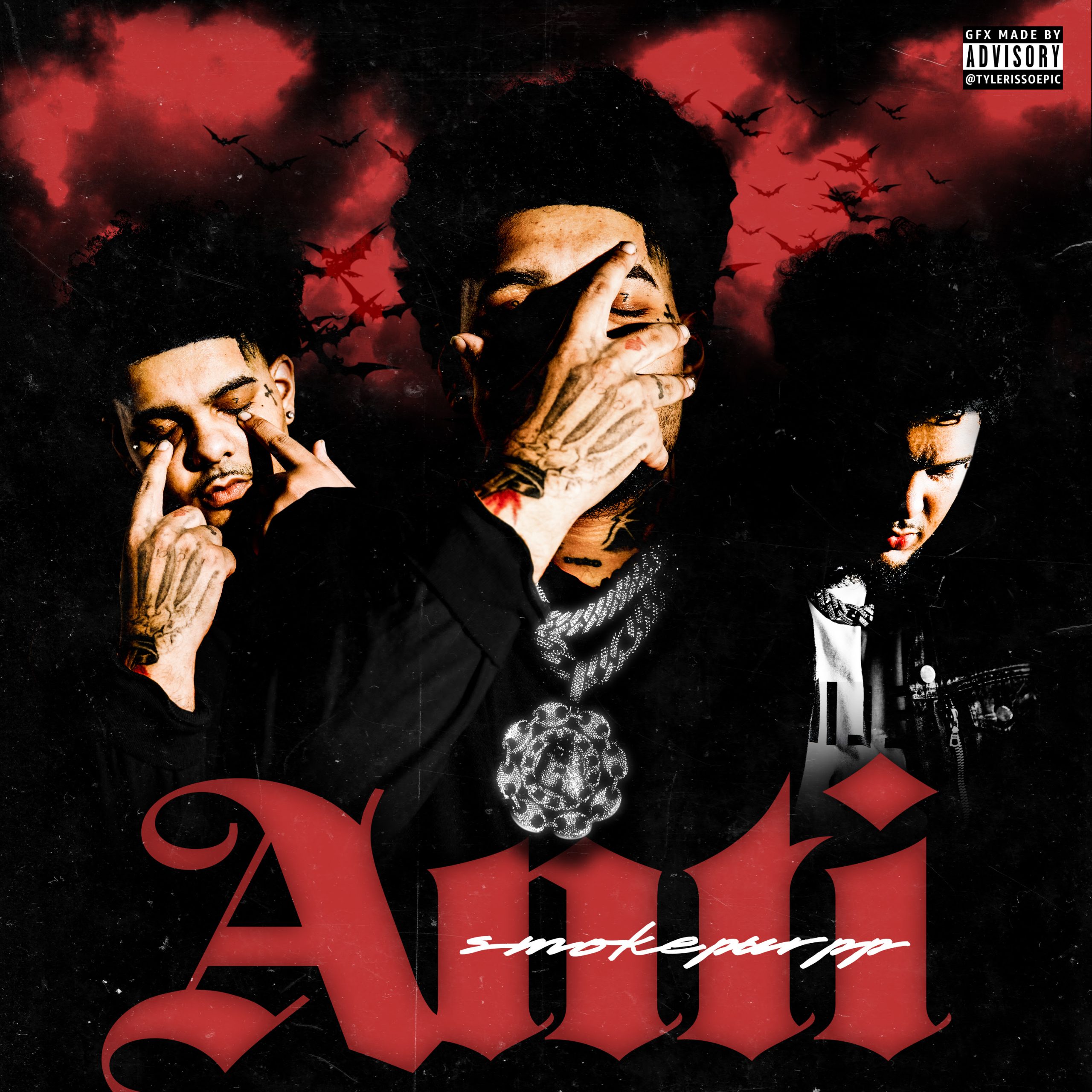 Smokepurpp surged out of South Florida with a penchant for firing up fans with quick-hitting, head-banging singles. Collecting three adventurous new bangers into a three-song “capsule,” Purpp shares Anti, his first new release of 2023. Anti debuts a new experimental format for Purpp, where he can follow his iconoclastic muse in short-form bursts. Capsule opening track “Draco” offers sirenic synths and subsonic bass for Purpp to dance over with his clipped cadences. “Chop Off The Top” fully embraces the euphoric “rage” sound, as Purpp skates atop Supah Mario‘s carnival-esque synths with easygoing melodies. Purpp turns up the intensity on final track “Out My Body,” snarling over DSC Sunny & Bido production with hedonistic fervor.

The new Anti capsule is a high-energy follow-up to “Shoot First,” released in November. “Shoot First” was Purpp’s first new single as a lead artist since 2021’s “Not Your Speed” ft. Lil Gnar, but he has kept busy in the meantime collaborating with the likes of Masked Wolf, Rarri, and Mike Stone. Purpp is hard at work on more “capsules” and a new project, his first since Psycho (Legally Insane) EP and his first full-length since the ferocious 2020 mixtape Florida Jit.

Stay tuned from much more from the iconoclastic artist as the year moves on, including a performance at the inaugural Rolling Loud Thailand in April. 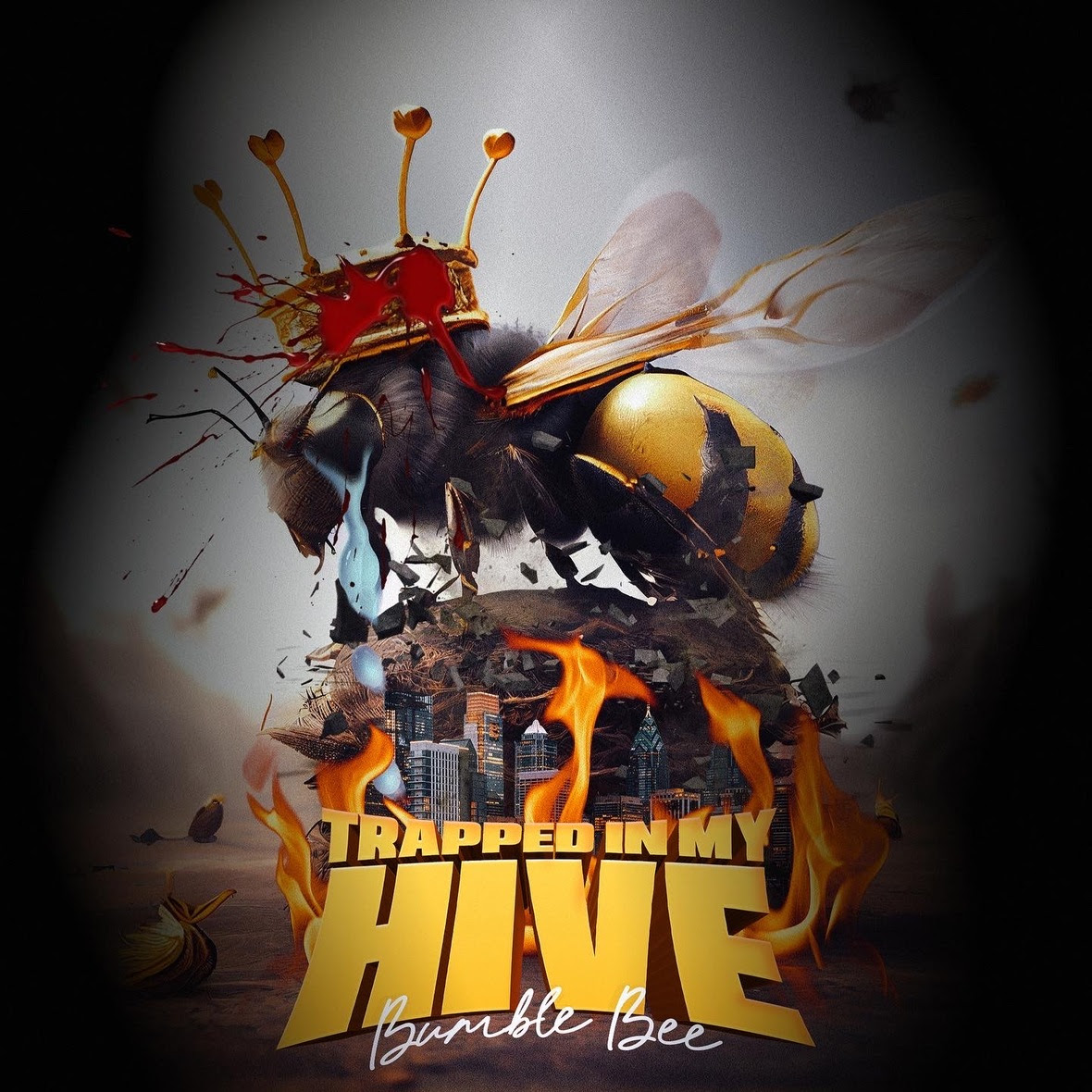 With no pun intended, newcomer Bumble Bee is creating quite a buzz for herself as a rap artist. The rapper has already piqued the interest of major platforms like Generation Now, Dirty Glove Bastards Off the Porch, Hood Affairs, The Progress Report, Doggie Diamonds TV, A&R Bigga Rankin and more and is easily becoming a more notable act out of Philadelphia. She boasts over 22K followers on Instagram and has even worked alongside rap icons, but now more than ever, she feels it’s time to make a name for herself in the industry.

Bumble Bee, whose birth name is Zojuanna Bennett, grew up in Philadelphia, Pennsylvania where she started rapping at just 9 years old. By 15, she was catching her stride as a rapper, but it wouldn’t be until 2022 that she’d begin to take the craft seriously. Since pursuing music, Bumble Bee has gained a lot of attention online with her versatile sound which she features on tracks like “We Outside”, “IDGAF”, and “Ride Still” and has even collaborated with fellow Philadelphia rap artist KUR and Omelly who’s been connected to Meek Mill’s label.

Philadelphia is known as the city of love but what sets the city apart, is the individuality among its artists. Bumble Bee remains lyrically free and offers a perfect balance of feminine and masculine energy and regardless of gender, she can hold her own on the track. Fans can expect to hear this authenticity on her 4-track project Trapped in my Hive.

Bumble Bee also gives back to her community by regularly speaking to the youth and volunteering at charity events. Bumble Bee’s rap career may just be getting started but she’s already achieved much success in such a short amount of time. Bumble Bee has been able to work with super producer Swagino, Breezy, and Philly’s top DJ, DJ Cosmic Kev. She has also had the opportunity to tour and hit prominent stages such as the MET. What’s next for the femcee is to remain consistent in delivering great music for her audience.