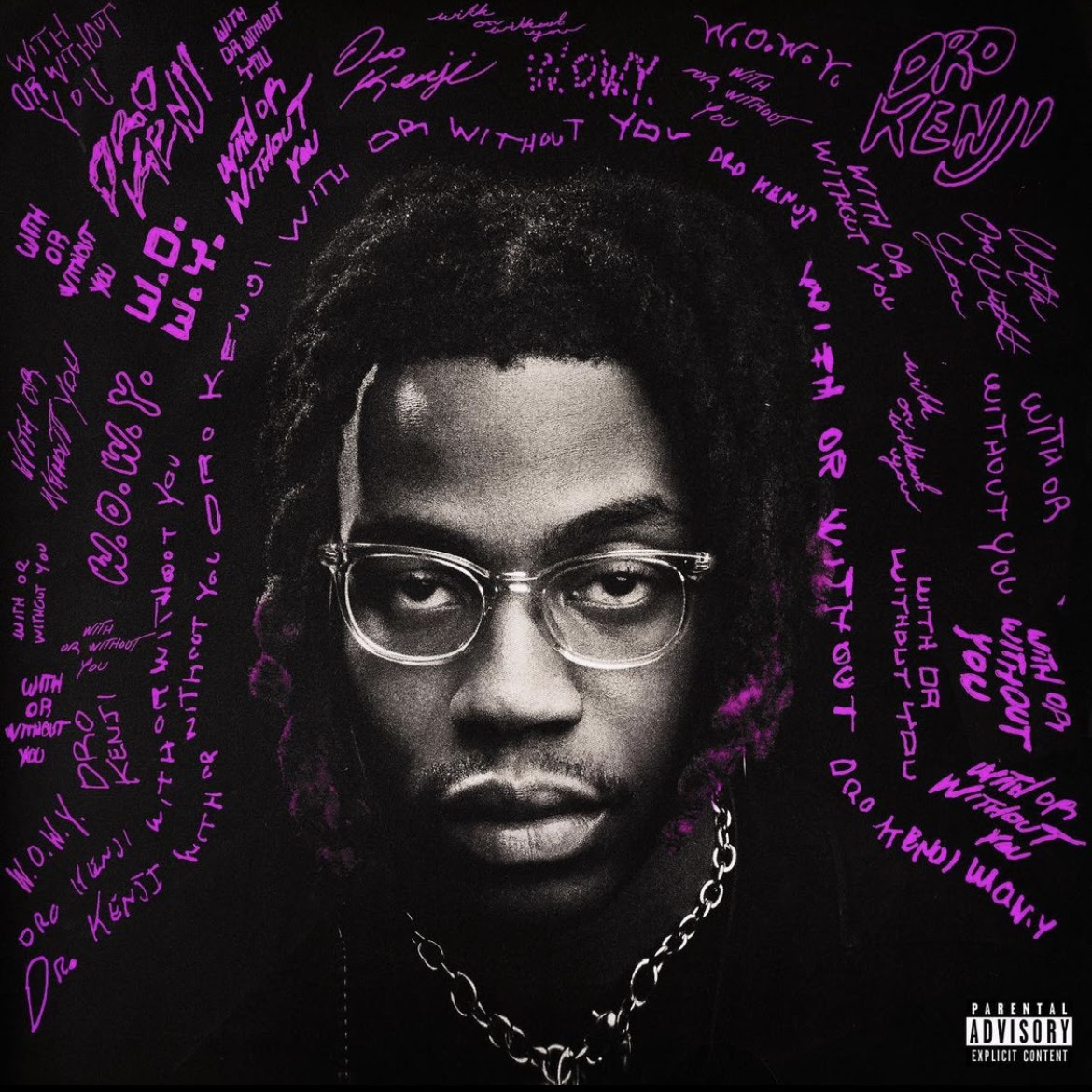 A tireless worker who wears his heart on his sleeve, Dro Kenji chronicles his tragedies and triumphs in diaristic bursts of soaring melody. After cutting his teeth with four mixtapes, all released before he turned 20-years-old, Kenji levels up on WITH OR WITHOUT YOU, his official debut album. The South Carolina native is a startling vocal talent with a well-developed sense of drama–he switches from sweet singing to raw nerve bursts of emotion at a moment’s notice, his intensity rising and falling along with the beats in his narratives. Spanning 15 tracks, the new album finds Kenji exploring the ins and outs of young love, the album moves from intoxicating infatuation in early songs like “BOTTLE 4 BOTTLE” and “PUSH2START,” to the slow drift apart in songs like project highlight “USED2KNOW,” to the inevitable devastation of love’s end in songs like “OUR TOXINS” and “NOT THE HALF OF IT.”

Throughout the album, Kenji finds the perfect accompaniment in beats from Nick Mira, Census, and other members of Internet Money, who mix organic instrumentation (melancholic piano, gently-plucked guitar) with rage-ready synth lines and thumping low-end. On tracks like recent singles “VANISH” (2.9 million Spotify streams) and “FINDERS KEEPERS” ft. Scorey (4 million Spotify streams), Kenji slides through the negative spaces in the beat with fast-talking flows and smooth melodic runs, displaying a collaborative chemistry that elevates both artist and producer. Featuring an additional appearance from Seattle rapper Highway, WITH OR WITHOUT YOU is available everywhere via Internet Money Records/MiraTouch/10k Projects.

Kenji’s debut album arrives after a banner year for the young artist, who achieved multiple career milestones while elevating his artistry. 2021 saw Kenji embark on his first headlining national tour, which he wrapped up with a performance at Rolling Loud California. 2021 also saw Kenji release two new mixtapes, including EAT YOUR HEART OUT, this past spring, featuring “KILL CUPID” ft. $NOT (15 million Spotify streams), which received an animated video, and the early summer’s F*CK YOUR FEELINGS, which saw the rapper flex and reflect over 16 tracks of expansive Internet Money production, and features highlights like “SUPERSTAR” and “TRANCE.”