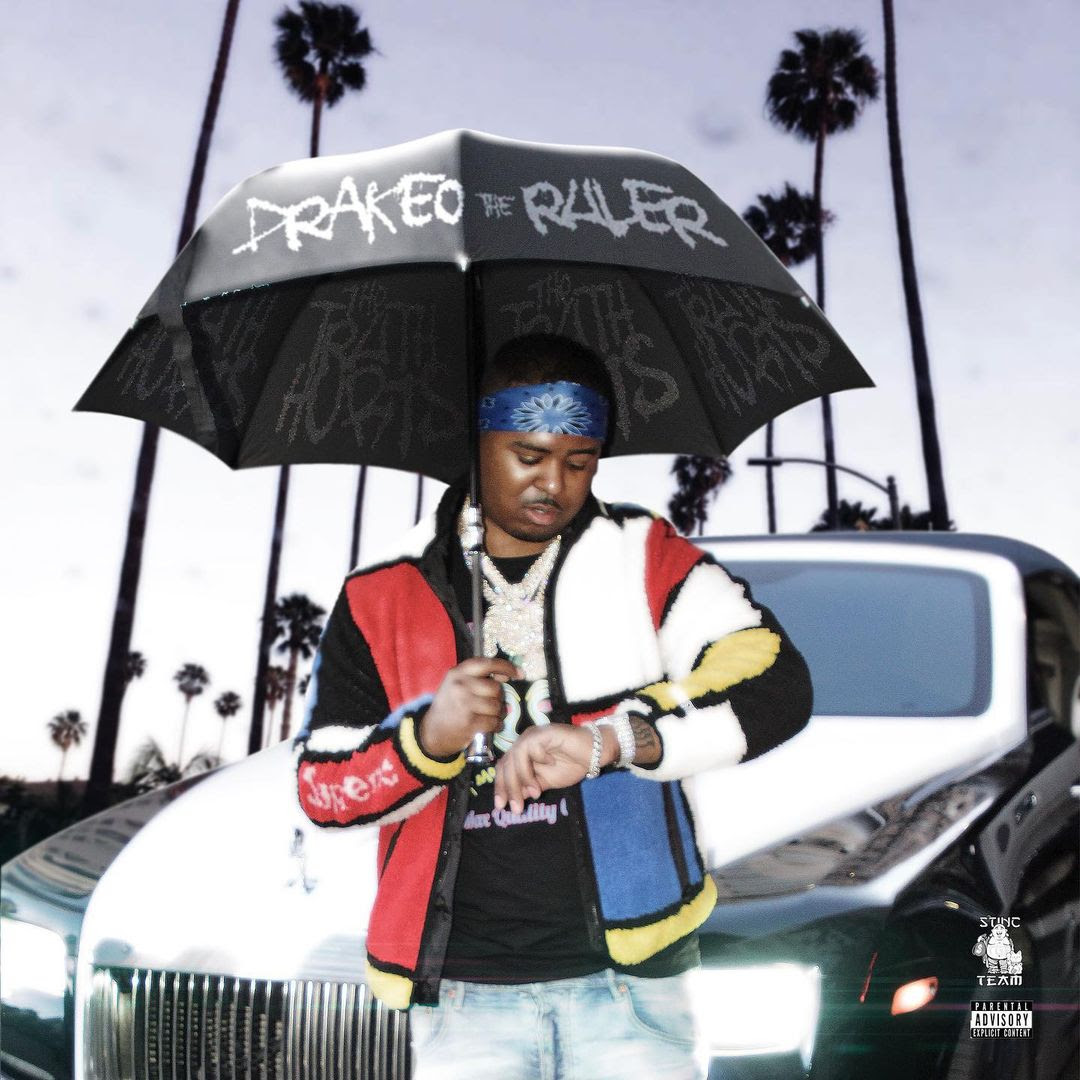 Drakeo the Ruler has just released his biggest project to date with The Truth Hurts. The statement album boasts the highly-anticipated Drake collaboration “Talk To Me,” along with appearances by Don Toliver, Icewear Vezzo, and The Stinc Team (Ralfy the Plugand the late Ketchy the Great).Drakeo speaks his mind after 34 months behind bars—a controversial and well-publicized incarceration that ended abruptly with a plea deal last November. One of rap’s most original, authentic, and uncompromising voices is finally home to manifest his impact.

“I think about everything that I have gone through, and I’m motivated never to go back to jail,”Drakeo admits. Since 2014, this South Los Angeles artist’s “nervous rap” delivery has reflected the lifestyle that so many can feel. Witnessing drugs and violence from an early age cultivated the frantic energy that trademarks The Ruler’s delivery. After nearly three years in lockup at Men’s Central Jail for crimes Drakeo insists he did not commit, that rapping is more urgent—eager to disprove his rivals and guide others to avoid the pitfalls of jealousy. “It’s been fun. I’m dealing with cars, jewelry—all the stuff I imagined doing while I was in jail and couldn’t do. Now I’ve got a song with Drake.”

Drake and Drakeo had discussed collaborating for years, but jail time prevented it. “Drake hit me up, and we made it happen,” Drakeo details of early 2021. “There’s a lot of people that have worked their whole careers to get songs from him.” Like his “Talk To Me” collaborator, Drakeo started from the bottom, only to laugh last.

Drakeo now knocks at the door of stardom after becoming a king of the underground. Proudly independent, he has garnered over 90 million streams and energized a new sound in L.A. While incarcerated, Drakeo made music through the jail phones. Even with imperfection, releases like 2020’s Thank You For Using GTL (20 million listens) with producer JoogSZN prove that substance and style mean more than quality. Now, across 16 songs, Drakeo The Ruler gives fans both in one place. An esteemed ensemble of producers, including RonRonTheProducer, Bankroll Got It, and Dusebeatz, complement one of rap’s most influential flows. It’s a new day: The Truth Hurts and The Ruler has free reign.

Related Topics:drakeDrakeo The Ruler
Up Next