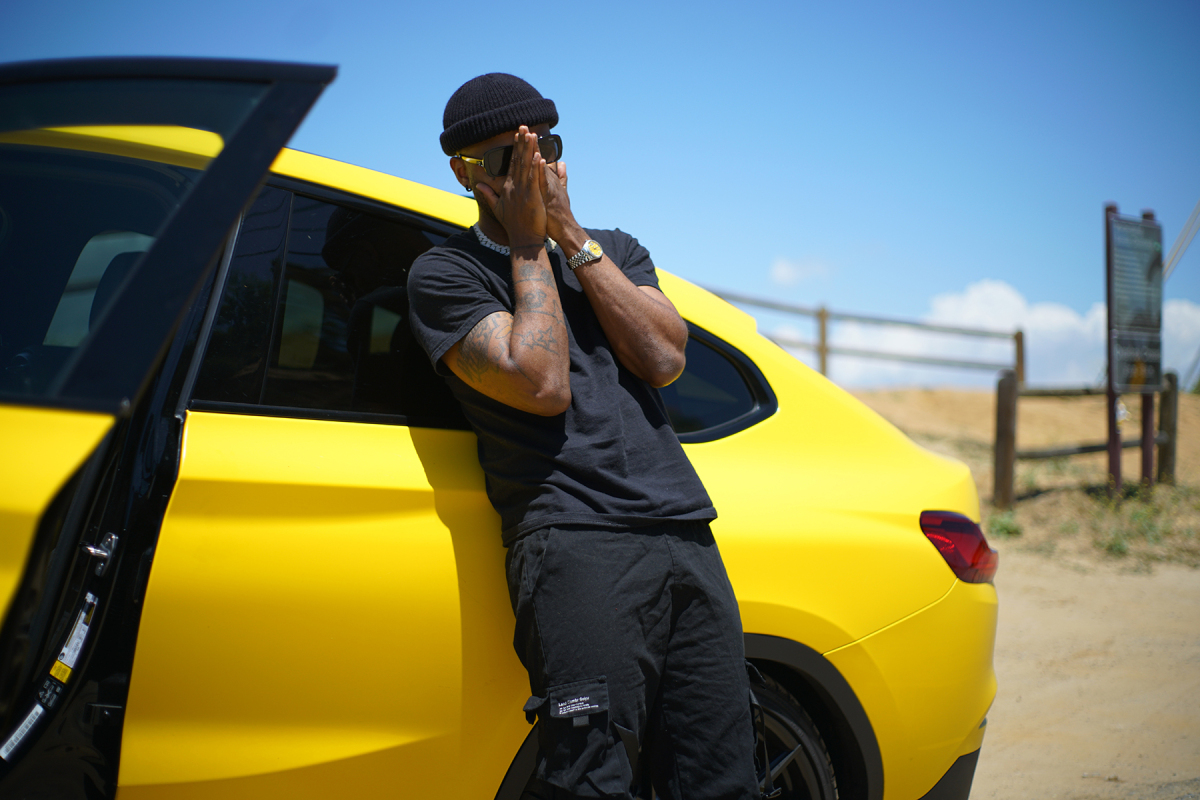 Triple-threat rapper, songwriter & entrepreneur BMW Kenny drops off new visual for single “HAHA”. The colorful glitz-meets-grunge music video is both flashy and dangerous, an enviable spectacle in the covid-era.

The reggaeton-inspired record is an ode to hustlers grinding their way to the top, laughing in the face of doubters. “HAHA” leads the way into an innovative, new project set to release this spring.

““HAHA” is the perfect celebration song to any success you achieve in life! It is a really funny, confident, energetic song that instantly lifts your emotions when it comes on. With all the horrible stuff happening in 2020, I want to also celebrate the individuals that stayed on the grind and now are rising out of the ashes!” – BMW Kenny

BMW Kenny may be most notoriously known as the creative mind behind 2020’s “Wipe It Down” viral trend that captured the attention some of the biggest celebrities around the world, from A-List celebs Will Smith, Jason Derulo, Dwyane Wade, & Drake Bell, to digital stars Avani Gregg, Gil Croes, JoJo Siwa, Colleen Ballinger (Miranda Sings), and many many more. The track hit the top of Spotify’s Viral Charts in almost 30 countries after a whopping 3.7 Million creators on TikTok have used the song to do their own #WIPEITDOWN challenge and has amassed over 8 million streams on Spotify alone.