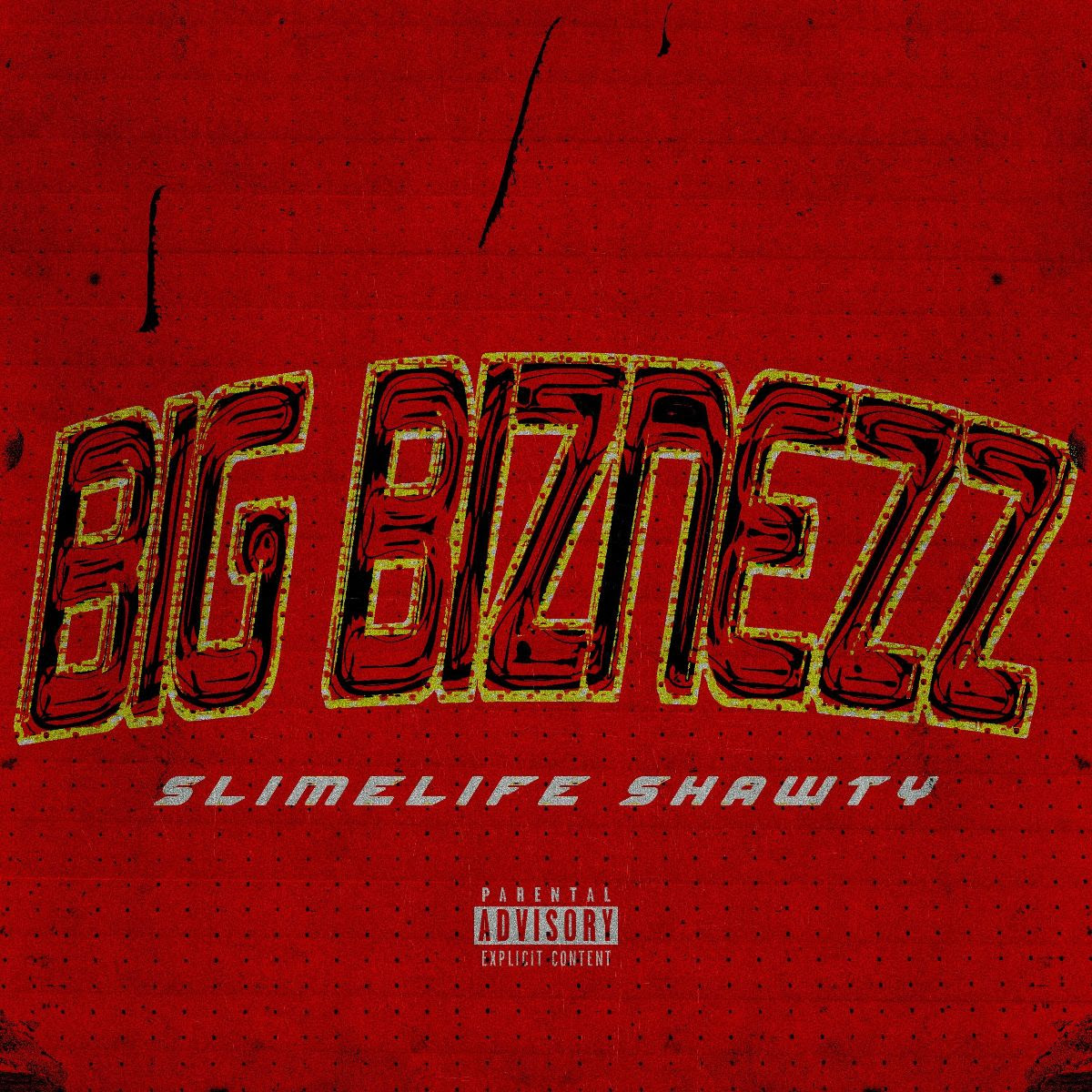 One of the hottest rising rappers out of Atlanta, Slimelife Shawty built a name and a loyal following with his raw, diaristic lyricism and candid melodies. Returning in explosive fashion to stack his paper and demolish his haters, Slime shares the video for “Big Biznezz,” his new single and first release of 2022. The sinister slice of street music finds a charged up Slimelife attacking a frenetic trap instrumental, courtesy of Hocus, Vaze, and Ellis Lost, with the money-motivated urgency of an ATL hustler.

The Diesel Filmz-directed, Jay Kastle-edited “Big Biznezz” video sees the Alamo Records signee creeping through corridors, studios, and the nighttime streets of Atlanta, while he keeps his hands full with the stick or a stack. Rocking an iced-out OTF chain, which he received from his mentor Lil Durk, Slimelife reflects on the life before the money and the grind required to count it up like he does now, rapping, “Used to rock the backseat, now I rock this jewelry now/Used to talk but that’s cheap, they pay me for my service now.”

“Big Biznezz” arrives as Slimelife’s first release since his October 2021 album, Better Living. Executive- produced by Lil Durk, Better Living is a deeply sincere document from one of Atlanta’s most promising young rappers, offering head-knocking bangers and heartfelt ballads in equal measure. The new full-length is home to several popular singles that tore up ATL in 2021 including “Suit Me Up,” with a guest appearance from Lil Durk, and street-successful singles like the powerful “Slatt Bizness” (3.5 million YouTube views), the determined “Baby Boy” (3.8 million views), and the triumphant “No Brakes” (3.5 million views). Featuring additional appearances from Future and Jackboy, Better Living is available everywhere via Alamo Records.

With a knack for emotional honesty that earned him co-signs from heavy-hitters like Young Thug, Lil Baby, and Lil Durk, Slimelife Shawty is ready to reach the next level. Stay tuned for more from the Alamo Records artist as 2022 rolls on.