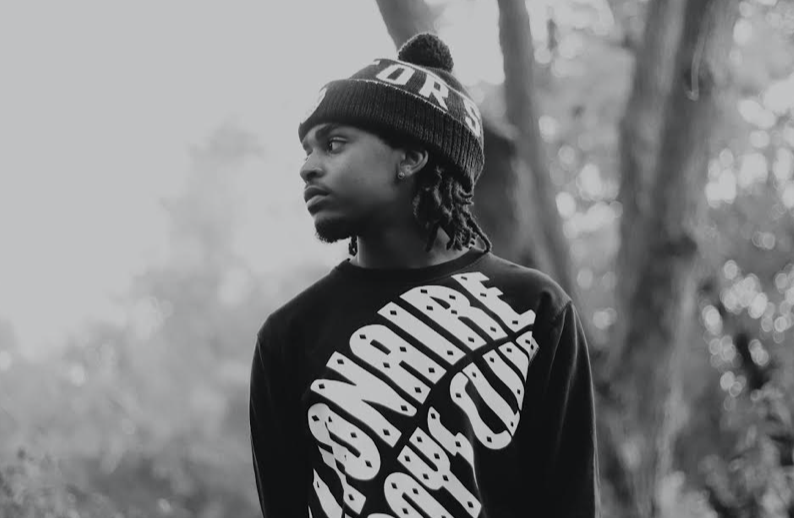 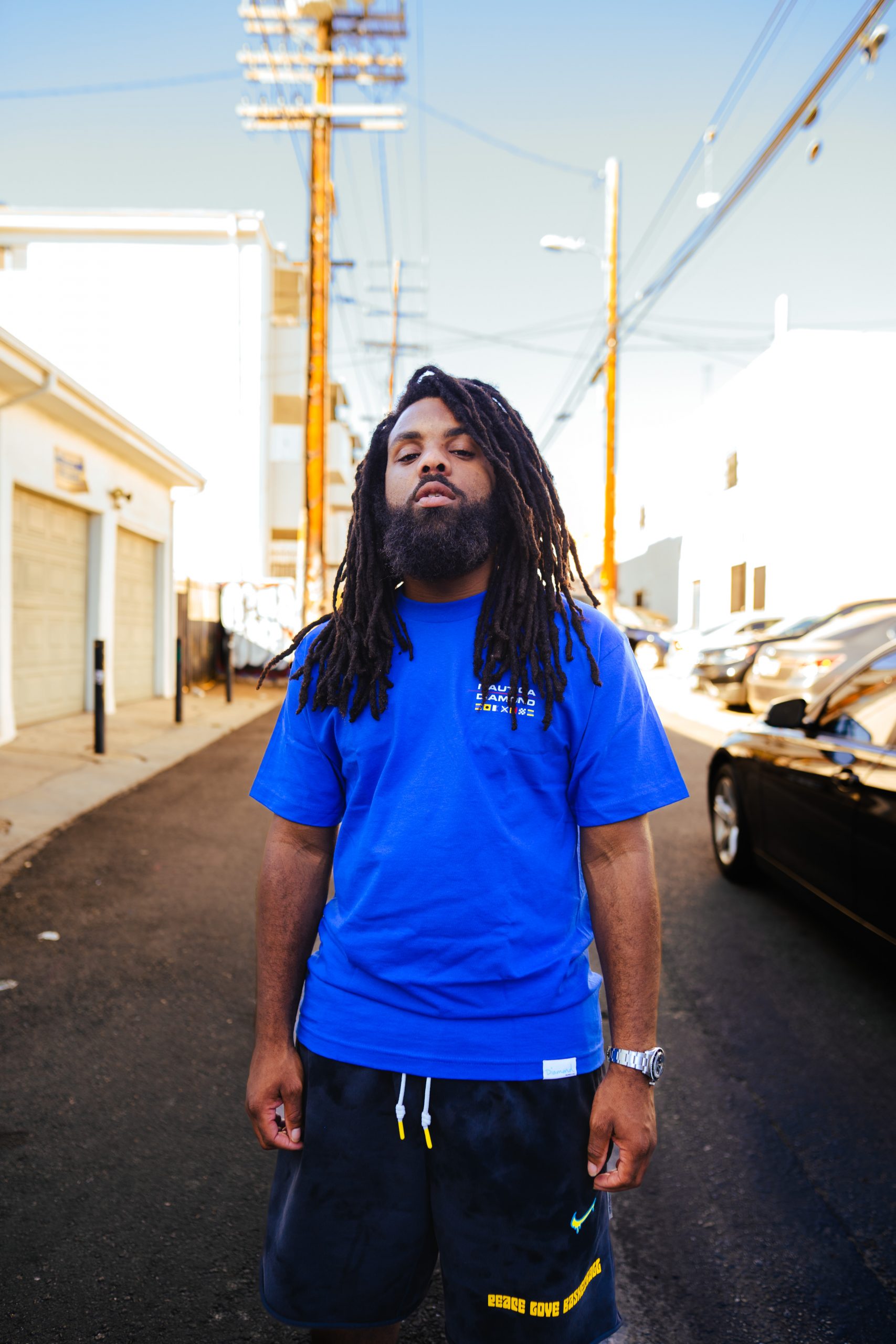 Music is the thread that connects us all. Lousiana’s own Dante’ Harris knows how to create significant connections. His bond with prolific producer What Up five is shaping into one of his best yet. Their relationship started years back, but as of late, they have been focused on creating moments musically. Their latest tape RED.eth is a cryptocurrency-inspired project shaking up things for creatives in their lane. Artists like Money Man, Rich The Kid, and many more have made waves in the crypto space. Harris is looking to create a niche for himself with the help of his talented producer homie/collaborator What Up 5.

Check out our conversation with Dante’ Harris below!

4Sho: What city are you from/ Where are you based now?

Harris: I’m from L-Town. LaPlace, Louisiana. I’m based in the city of LA.

Harris: Dante’ Harris. Dante’ is the real name. I took my deceased father’s last name instead of my mother’s. Long Live Cardell Harris. At what point in your life did you decide to pursue a career in music?

Harris: I started freestyling at like 11 years old, but I never really took it seriously and started WRITING until I was 14. The first studio session was at 15, and the rest was history. I feel like I’m just starting now in a sense because I’m bringing a brand with me

4Sho: Has your upbringing played a role in shaping who you are and defining your sound today? If so, how?

Harris: Of course. You’ll get more of my upbringing now from my music moving forward. I think my sound is so versatile I can tell my story however I need to. And that came from training and discipline. I am perfecting the craft. My situation as far as homelessness, people trying to block my career, family situations, etc., everything in my life influences my sound.

4Sho: How would you describe your sound to readers who may not be familiar with you?

Harris: I would tell them to hear it for themselves. But if I must, it’s like the universe is rap battling.

4Sho: What ultimately inspired you to dedicate yourself to a music career?

Harris: Me making music in the first place inspired me; certain people encouraged me to be better. I just felt it was for me after a while. I don’t have the two-year rap story or the blew-up in high school story. I’ve kind of just been perfecting the craft from the jump.

4Sho: What’s one reason you are passionate about music, and what inspires you?

Harris: It was a time when this shit was all I had to keep going, so it’s a dynamic relationship in general when it comes to music

4Sho: Do you have any hobbies outside of music? What do you do to stay creative?

Harris: Investing honestly. And lately, I’ve been fucking with the water heavy, lmao. I just went jet skiing, and I think that’s my thing

4Sho: What were you doing before music?

Harris: Well, I started when I was 11, so I was a kid. But before this leg of music, I was more into entrepreneurial efforts.

4Sho: Who are some of your main musical influences?

Harris: $pitta and Tunechi. I’ve studied the greats to learn skills, but honestly, those two have the most significant impact on me.

4Sho: What are some of your music career goals for the future?

Harris: Nationwide and international tours. I want to turn the world up. Honestly, my catalog is broad enough to have some shit for wherever I go.

4Sho: Tell us the name of the project you are currently promoting? What inspired this project?

Harris: RED.eth is the project we fucking with right now. That transparency and timeless music mixed with unmatched honesty give it a unique experience as a project.

And the inspiration is simply taking the next step with my music. Branding and tying in my everyday life, so I kept it Crypto.

4Sho: Date this project dropped or is it set to drop?

4Sho: What is this project about in your own words?

Harris: It’s honestly my music coming of age. It’s more mature and precise than any other project I have. It’s about how far I came and where I’m currently with it.

4Sho: What’s one of the proudest moments of your music career so far?

Harris: Honestly, tied between working with Boosie and Performing at the Novo. The Boosie thing just showed how manifestation works. Like this, the nigga, we would all jam back in the hood. The show was crazy, too, the biggest crowd I’ve had, and it feels right.

4Sho: What’s next for you? Are you working on any upcoming projects we should be on the lookout for? Include some dates if you have them.

Harris: Next is BLUE.eth. We will keep it going by fusing music with the crypto space. You are all probably getting that late June or early July.

4Sho: What message do you hope fans take away from your music?

Harris: Man, I just want people to take affirmative actions with their dreams, goals, and aspirations. If you can think of it or see it, it can be yours. Just quit bullshitting and get that shit.

4Sho: Where can we follow you on social media?

Co-Founder of Haute Agency, Chealse Sophia, Aims To Build An Empire Within The Talent And Model Industry 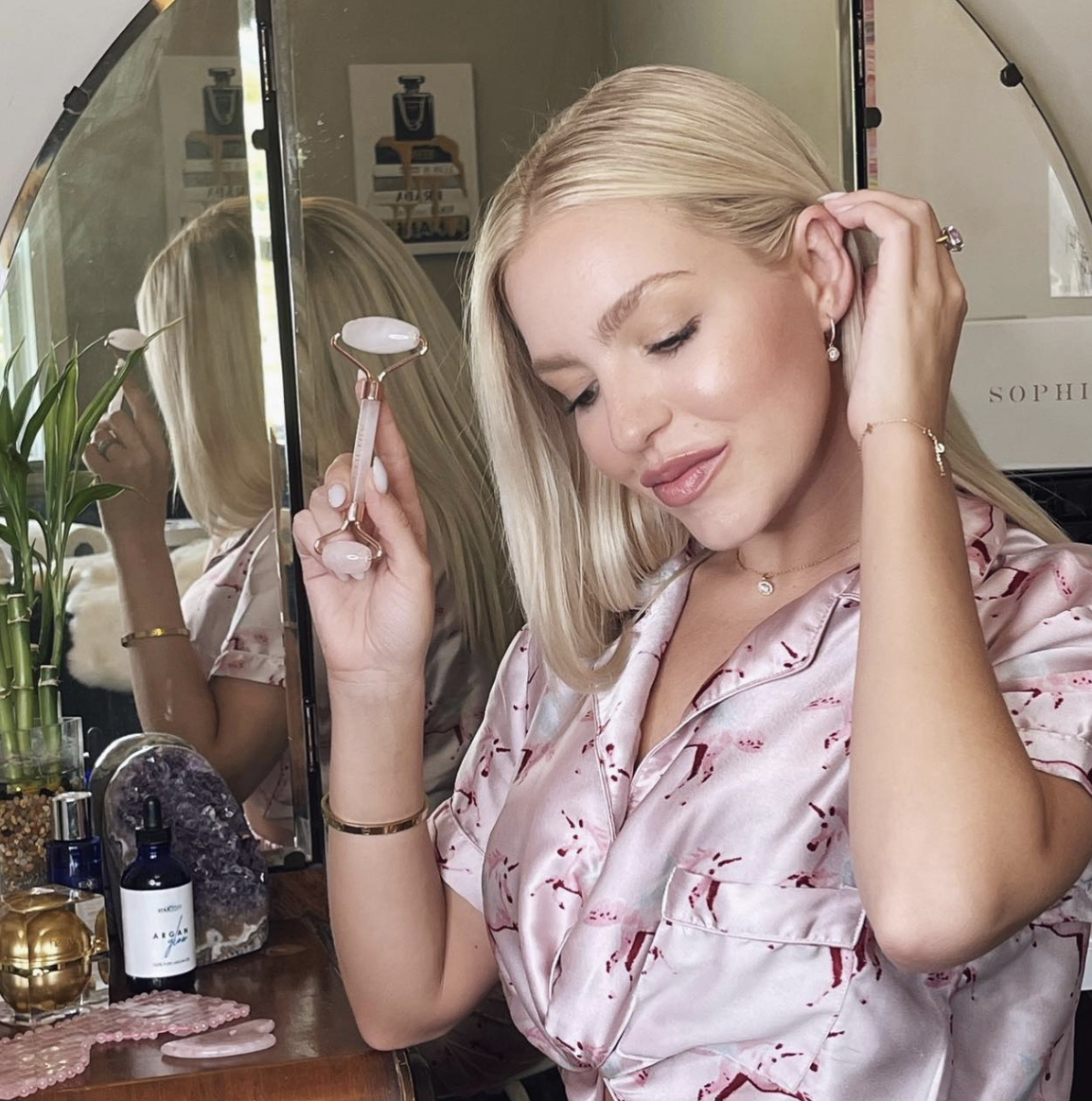 Toronto’s Very Own Chealse Sophia is the beauty-preneur creative behind your favorite brand. She has shattered the glass ceiling and revolutionized what it means to be a woman in a patriarchal entertainment industry.

It’s 2022, and this generation is moving different –the masculinity complex stigma is being challenged by empowered, devoted and self-driven women that are pushing the needle, trailblazing for the upcoming generations, and leading the charge for the hard-working women that hold contrary opinion, a voice of change that suits the world we live in today, and that value independence, and gender impartiality.

From Toronto, Ontario Canada – a woman currently grinding through her teeth to champion women’s resurgence in the corporate world, more so – the creative executive world –that is generally considered by a majority to be just music, film, sports & entertainment – and very much predominantly male and chauvinist in the boardrooms – is Chealse Sophia Howell, a 31-year old modeling executive that is building an Empire, a creative and healthy space for women to feel empowered, and equity to men alike.

Chealse is the founder & CEO of eponymous skincare product company SOPHIA, and the founder of talent agency Haute Agency, both of which have been making leaps in the creative industry.

For Haute Agency, the company began in 2014 after a heaven-sent intuition sparked in Chealse’s mind that she could offer more to the more business, management, creative and branding side of the modeling industry. The company she founded at 23 years old has worked with multinational corporations such as Cover Girl, Amazon, OVO, New Balance, Pandora, Hello Canada, New Era, but not limited to.

About six months ago, having been a model and in front of the camera before, Chealse would know a thing or two about what self-care & image essentially encompasses. The SOPHIA brand she says is about venturing into the cosmetics world, and later fashion.

“SOPHIA is a dream come true itself and it was only launched less than six months ago. In these 6 months we have gone viral multiple times on TikTok, sold out twice on our website and sold out on Amazon in the first 30 days of being listed, and have had a tone of organic support from big influencers” she chimes in vehemently.

Currently, Haute Agency is a 360 talent agency that was unearthed from her sheer determination to apply herself in vast areas of the modeling industry other than the actual performance aspect of it.

“Haute Agency originally launched in 2014 as a model and talent agency, but I saw how social media was taking over this industry, so I quickly transitioned Haute into a full brand development agency where companies come to us to turn their brand into an empire” she explains. 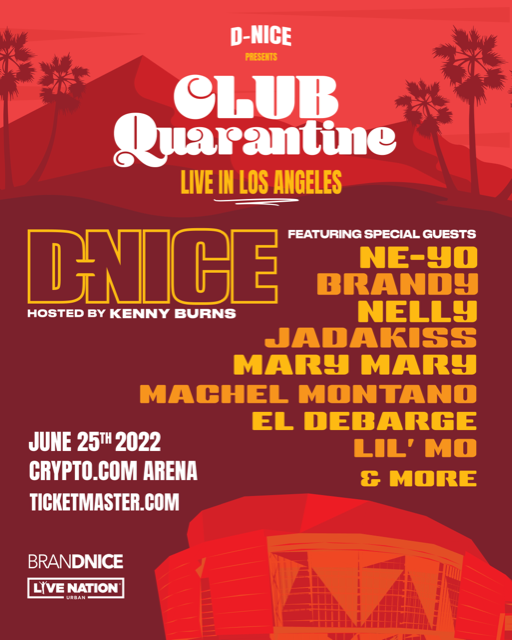 Shawn Gee, President of Live Nation Urban, says “We are excited to announce the return of CQ Live, to where it all started in Los Angeles. In 2021 our Hollywood Bowl show was magical, and we will continue to elevate this brand and build out this party in 2022 and beyond.”

D-Nice added, “Bringing CQ Live to Crypto Arena is a dream come true. I literally started Club Quarantine across the street from the Arena. It’s going to feel like a welcome home party with some of my friends.”