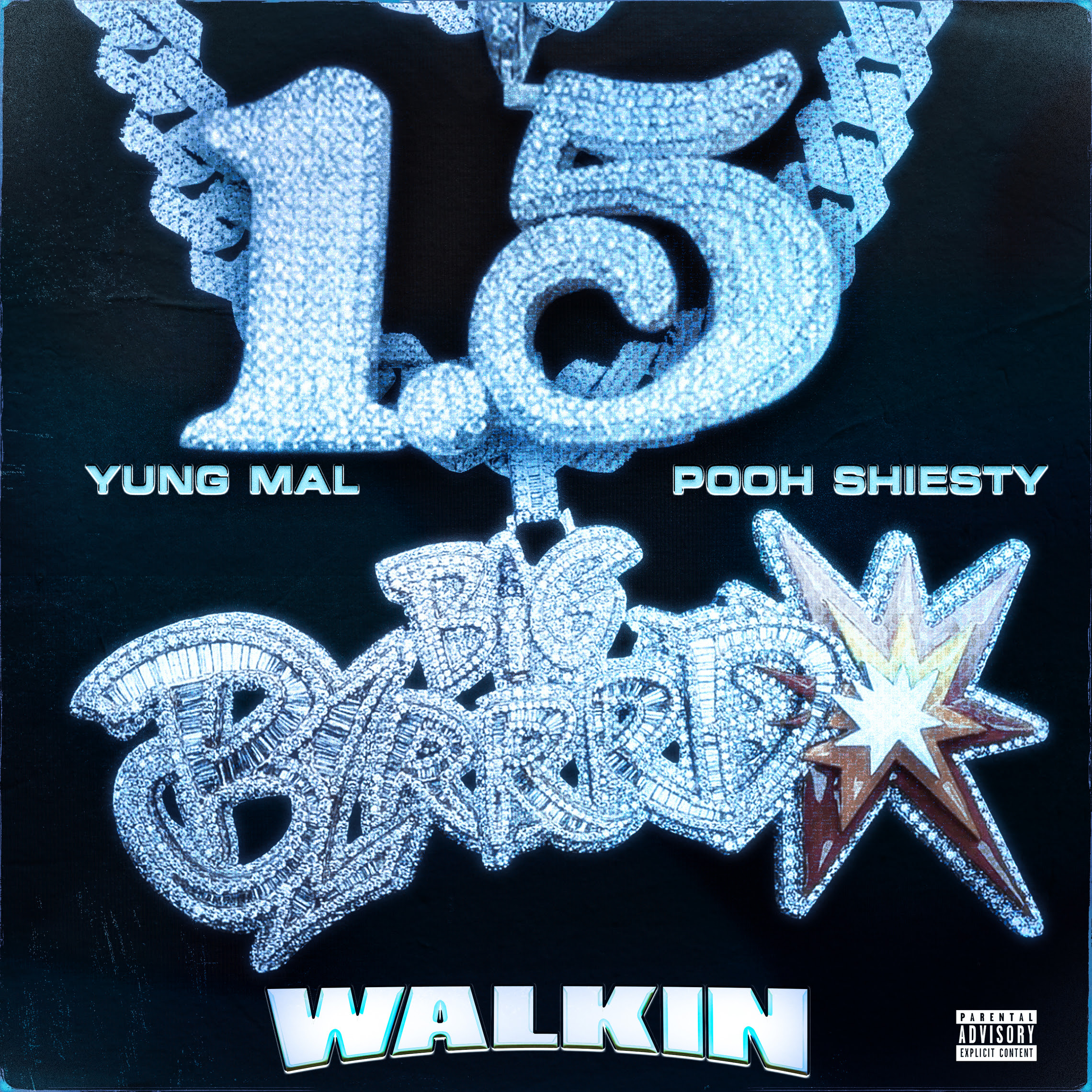 In this flex-heavy video, Mal links up with  “Back In Blood” hitmaker Pooh Shiesty to trade verses atop an ominous piano-led track. Mal’s stutter-stepping triplets bouncing off Pooh’s drawly tough-talk is like PB & J, burger and fries, butter on popcorn– they just f*ckin compliment each other! The video finds Mal and Pooh Shiesty counting cash at a safehouse in Zone 6, surrounded by real ones from Memphis and ATL, including Mal’s close friend and frequent collaborator Lil Quill. “Walkin” is the latest single from 1.5 Way Or No Way, Mal’s upcoming mixtape.

The first project to arrive as he starts a new phase of his career as the CEO of his own 1.5 Da Label, 1.5 Way Or No Way reflects Mal’s evolution from up-and-coming to striver to a respected boss in the hood. Mal’s rhymes are more polished and precise, showing off a newfound facility with melody to complement the tricky rhythms and bar-line manipulations that characterize his flows. Emulating his mentor Gucci Mane, Mal rhymes with a new perspective, as he’s determined to put his crew on his back and carry them out of Zone 6 into prominence. The upcoming project is home to “1.5 Way Or No Way,” the tape’s anthemic title track and mission statement, which came out last month. Featuring appearances from Pooh Shiesty, G Herbo, Lil Gotit, BIG30, Slimelife Shawty, Lil Quill, and Taker, 1.5 Way Or No Way arrives on May 21st via Alamo Records.