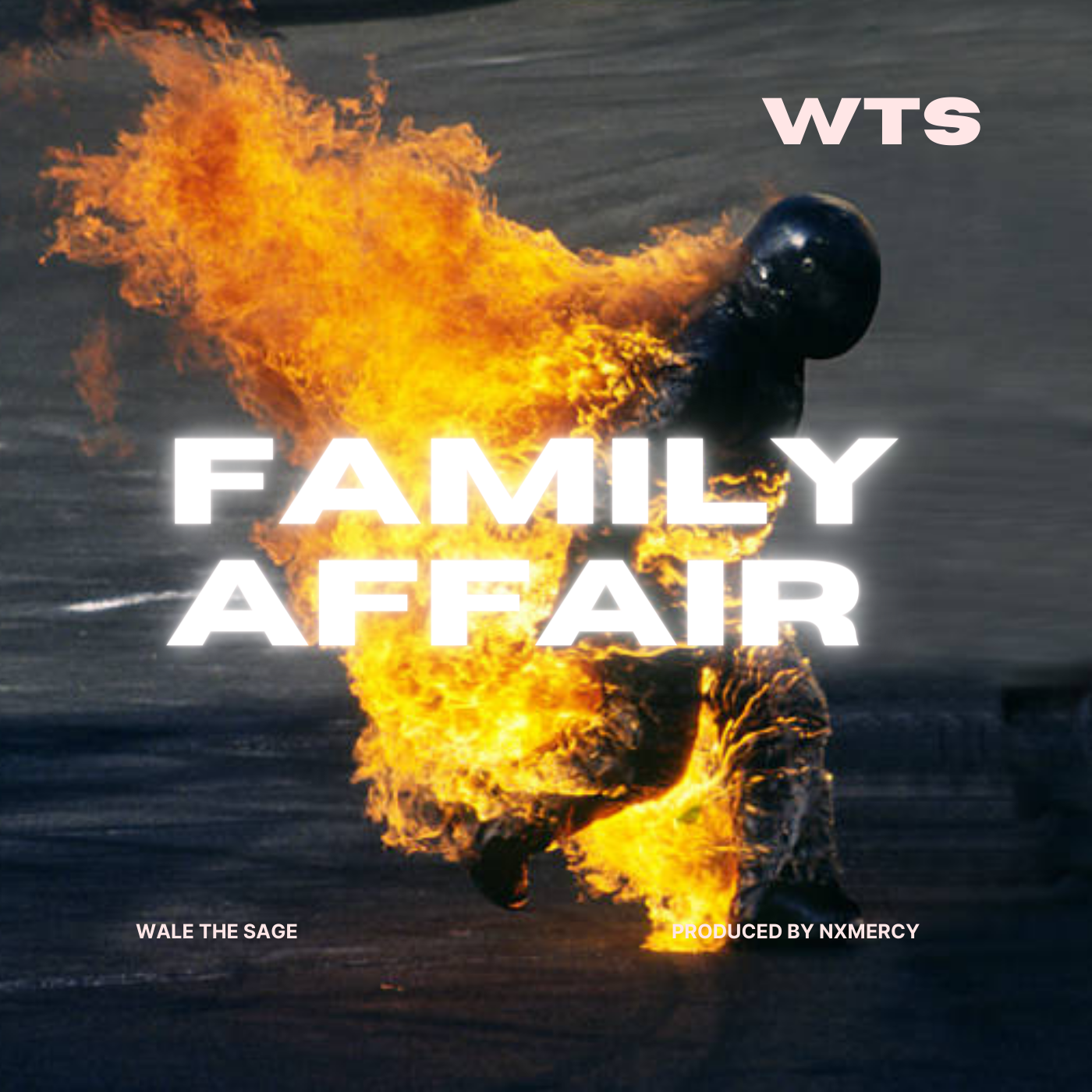 Stringing together bars with wit and easygoing sing-song, Wale The Sage‘s rhymes reflect the wisdom his name implies. Telling a story familiar to any first-generation immigrant pursuing a career in the arts, Wale shares “Family Affair,” his new video single. Squeezing syllables between deep 808s and haunting synths, courtesy of producer NXMERCY, the Nigerian-born artist navigates the conflict between his artistic dreams and his family’s expectations–he remains grateful to his mom for supporting him as a child, but chafes against the judgmental attitude his family harbors toward him for living his truth. Still, despite the lack of support from the people he loves most, the Atlanta-based rapper is confident in his ability to achieve his dreams: “All I want is designer jeans, the finer things/A queen with a diamond ring/No stress in this life of sin/A violin that sing with a thousand strings.”

“‘Family Affair’ calls out the positives and negatives in a family dynamic,” says Wale The Sage. “The piece illustrates how although a family is supposed to be a support system, one may struggle to receive such. The important message from this song is to keep moving forward in one’s pursuits, regardless of unconditional familial support or not.”

Directed by Marley Mullis (@marley.mullis), Timi Faderin (@timi.faderin) and Wale The Sage himself, the video shows Wale in his element. The video starts with Wale and his crew in a deserted impound lot, surrounded by nothing but wasteland and abandoned vehicles, on which he takes out his frustrations. The second half of the clip finds Wale living in comfort with his queen, as he turns down a greedy relative’s request for money.

Born and raised in Nigeria, Wale became the first member of his family to come to America when he left for Western Kentucky University. Wale’s life changed forever when he turned 19 and his mom fell ill, causing financial circumstances that forced Wale to drop out of college. During this time of crisis, music was Wale’s avenue of comfort and creative expression. He moved to Atlanta to pursue his dream and released his first song in 2019, “Family Ties,” which candidly discussed growing up without a father and other family issues. After “Family Ties” set the tone, Wale dropped a series of increasingly dexterous, and increasingly popular, singles over the next year, including 2020’s “This Thing Called Life” and 2021’s “Do You Love You,” which surpassed 2 million streams on Spotify. Wale had his biggest moment yet with “Bleue,” a soulful slapper that caught fire on TikTok en route to over 8 million Spotify streams.

Now signed to Pick Six Records, Wale The Sage plans to follow his muse to the top of the rap game. With a book full of bars, a bottomless arsenal of flows, and his debut album on the way this year, don’t be surprised if the sagacious spitter reshapes the rap game in his own image.

TAE GROOVE IS ON HIS WAY TO STARDOM