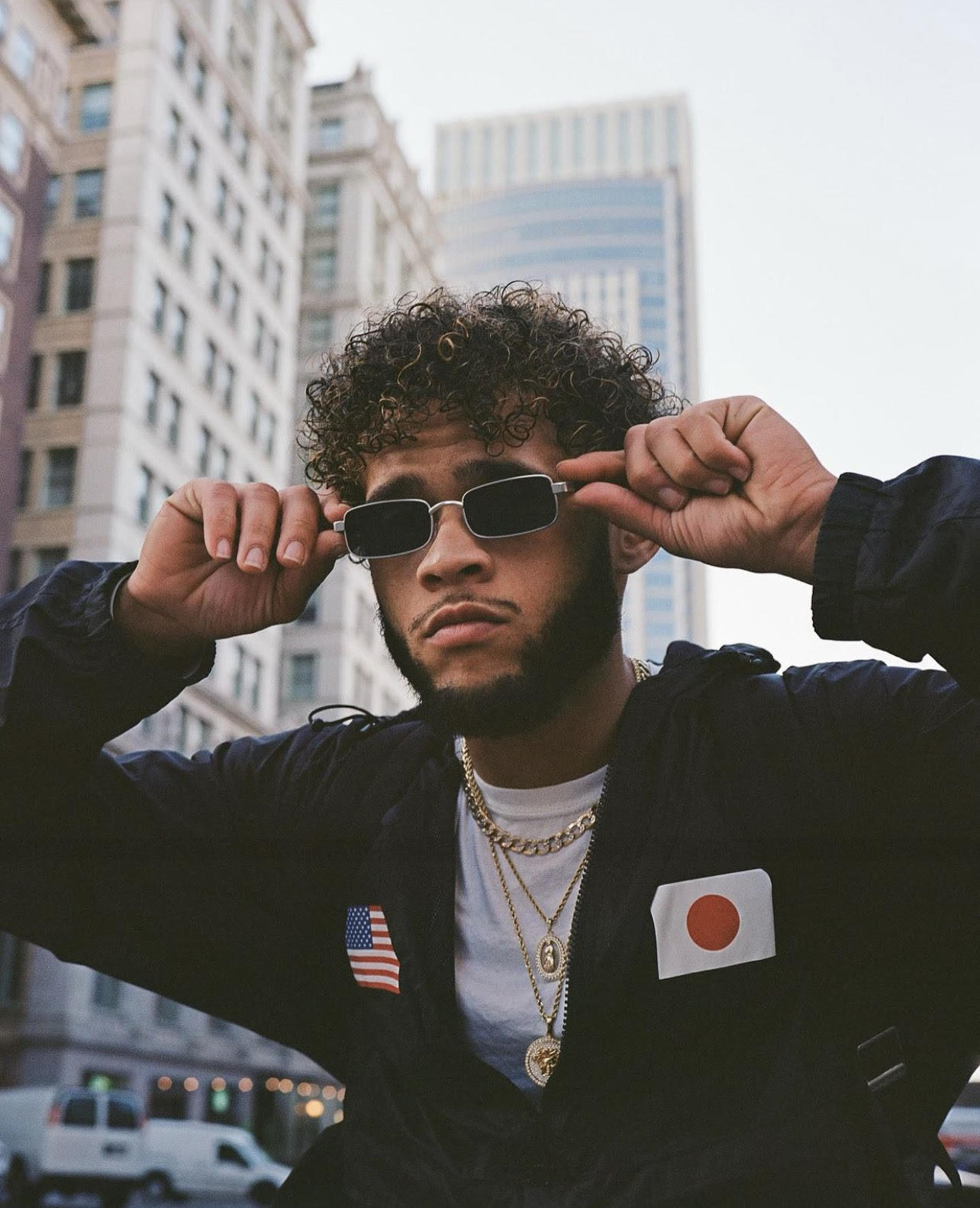 As multi-genre artist Tae Groove continues to rise to stardom, we had the opportunity to sit down with the 28-year-old artist from the Midwest. The Iowa-based artist is currently paving a way for himself, describing his style as “unique, personal, real and relatable,” and crediting himself for experimenting with new sounds constantly. He just released his album Level Up and the music video for Make It Out last Saturday. He has another music video, Talk My Shit coming out on June 24th!

He began exploring his musical talents at the age of nine when he would use music as a way to express himself. It wasn’t until his late teens that he deepened his musical interest, and artistry and thus changed his major from sports fitness to audio engineering. Groove then recorded his first song around the age of 18.

“I would skip class to record in my dorm room – shortly after changing directions I decided to drop out of college to go back home and pursue music on a serious level.” Groove states.

At the age of 19, Tae Groove traveled to Atlanta and met Producer E Smitty – aka Eric Finneraud, most known for “Choppas on Deck” by A$AP Ferg –  who then became his manager. Signing to his label, Sound Alive Records, Groove went by the name Ben iLLa. During this time, Groove often felt like he was being molded into what his manager wanted and not making music that truly displayed, well, him. After a year and a half, he terminated his contract with them and decided to change his artist name to fit the new path he was going in.

After many experiences, Tae Groove is now an independent artist. During his career, he’s encountered many challenges. Between being lied to by the wrong people and dealing with a less than ideal third-party situation, he had almost given up on music and life. “I don’t like to share it but do your homework.” He urges fellow up-and-coming music artists.

His biggest inspirations are his family and friends, especially his mom and twin brother, who support and motivate him to pursue music as far as it will take him. One of his goals is to be able to support his family and acknowledges that part of this process and journey is not only for him but for his family. Another one of his goals is to be financially secure from his income from music, tour the world and leave behind his current 9-5 job. He aspires for his music to reach the charts, create his own label, use his experience and tools to have a positive impact on new artists, and acquire a legacy for fans to remember.

Groove shared that his biggest show was during a Polo G show in Sioux Falls, North Dakota. There were 4,000 people attending and it was his biggest show to date. From the support and feedback he received, this put things into perspective for him and to not give up since each move can lead to larger shows. Although Groove hasn’t done any talking shows, they aren’t out of the question for him as he has also considered acting.

By staying focused, staying on the grind, evolving, and networking, Groove also hopes to be able to make a positive impact on upcoming artists and youth. Showing that anything can be done with hard work and dedication is something that he aims to do. He even mentions how a kid sent a picture of him with his wrestling medal and said thanks for helping through his music.

By blending more than one genre and bridging different styles of music, the multi-genre artist demonstrates the diversity of his sound and that he is not one to copy someone’s style. Music has almost always been an outlet and allows him to escape when dealing with negativity. By putting immense passion and drive into creating music that gives him peace and motivation, he not only creates rap but also pop and R&B.

As of right now, Groove currently has five albums and EPs out, Level Up – 2022, Heating Up – 2021, Quattro – 2021, New Waves Old Ways – 2018, and Finding Direction – 2017. Sadly, his previous records were taken down after separating from Sound Alive Records. Groove has primarily been focusing on the first single on Make It Out which features Bridgeport, Connecticut-native, Jay Esco. “We met in NYC to record the song at Quad Recording Studios.” Groove retells. The video was filmed in numerous locations – including Times Square. Make It Out has a distinctive heavy sound, filled with both piano and bass which certainly fits the vibe of the song. Make It Out represents the pain and struggle of attempting to make it out while doing what you love and wrestling with feelings of self-doubt and the doubt of others trying to drag you down. More singles will also be released this year in addition to the visuals for Talk My Shit, which come soon on June 24th.

Tae Groove leaves readers with heartwarming advice: “I’d like for anyone reading this article to know you can do anything you want. Make a plan, put in the work and you will find success as long as you don’t give up!”

Tae Groove’s music is available on all streaming platforms. Make sure to keep up with him and his journey through social media linked below!

Make sure you follow him on social media @TaeGrooveOfficial

Tune in to Make It Out by Tae Groove ft. Jay Esco below!

SCOREY GLIDES THROUGH UPSTATE NY IN “NO NAMES” VIDEO