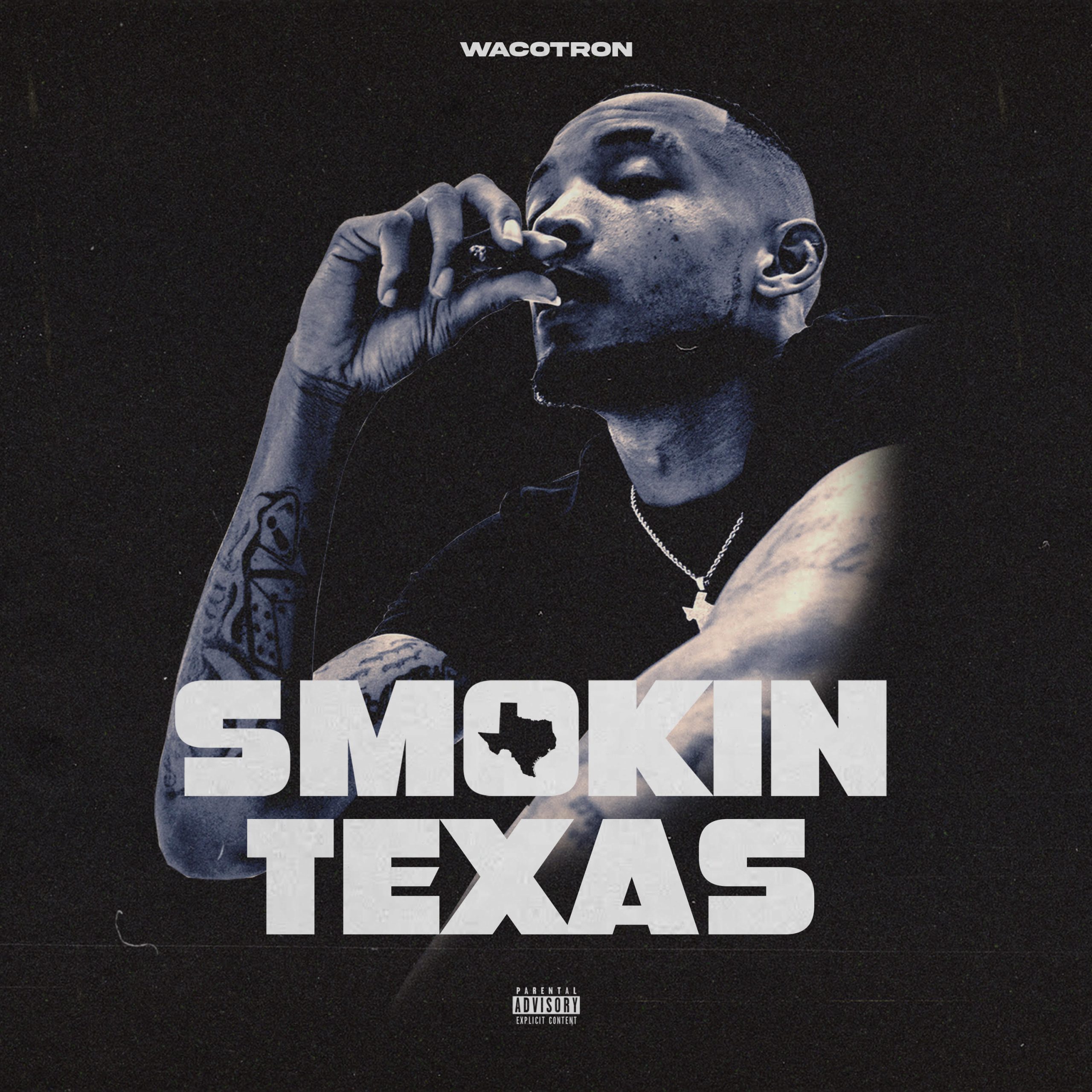 Wacotron has arrived with his debut mixtape SMOKIN TEXAS, executive produced by Southside and available everywhere via Pick Sick Records. We have a 420 Texas project on our hands, please enjoy at *high* volumes. Though Wacotron is a newcomer in the rap game, he’s a veteran in the streets, and the songs on SMOKIN TEXAS reflect the hard-earned wisdom of a self-made man. Tracks like “Air It Out,” “Coastin,” and “Gram And A Hoodie” will give you Wacotron’s more personal, lyrical moments, while “Hole In A Cup,” “Hold Up” and “Cut Me Up” will take you straight to the turn up. Wacotron’s lyricism is coy – it feels lowkey, but it’ll trick you! Two songs later you’ll say, “OH I see what you did there!,” and that’s what makes his music so exciting. There’s always something to pick out and dig for in his songwriting. My favorite line on the mixtape is on “Hold Up” when Wacotron rhymes, “When my daughter at the park’s the only time I let it slide.” And we can’t ignore the production! All of these bars riding over booming production from Southside, 808 Mafia, and Marshmello – it’s perfect. SMOKIN’ TEXAS features Wacotron’s previously released singles – “Cut Me Up,”“Take Off,”“Gram And A Hoodie,”“Toothpaste” and “Umbrella” ft. G Herbo & Marshmello.

Alongside SMOKIN TEXAS, Wacotron just dropped the video for the Marshmello produced “Hole In A Cup.” Directed by Donthypeme & We The Shooters, the new video displays the streetwise charisma that Wacotron’s fans have come to expect. “Hole In A Cup” is my favorite hook on the mixtape. SMOKIN TEXAS is available now via Pick Six Records!