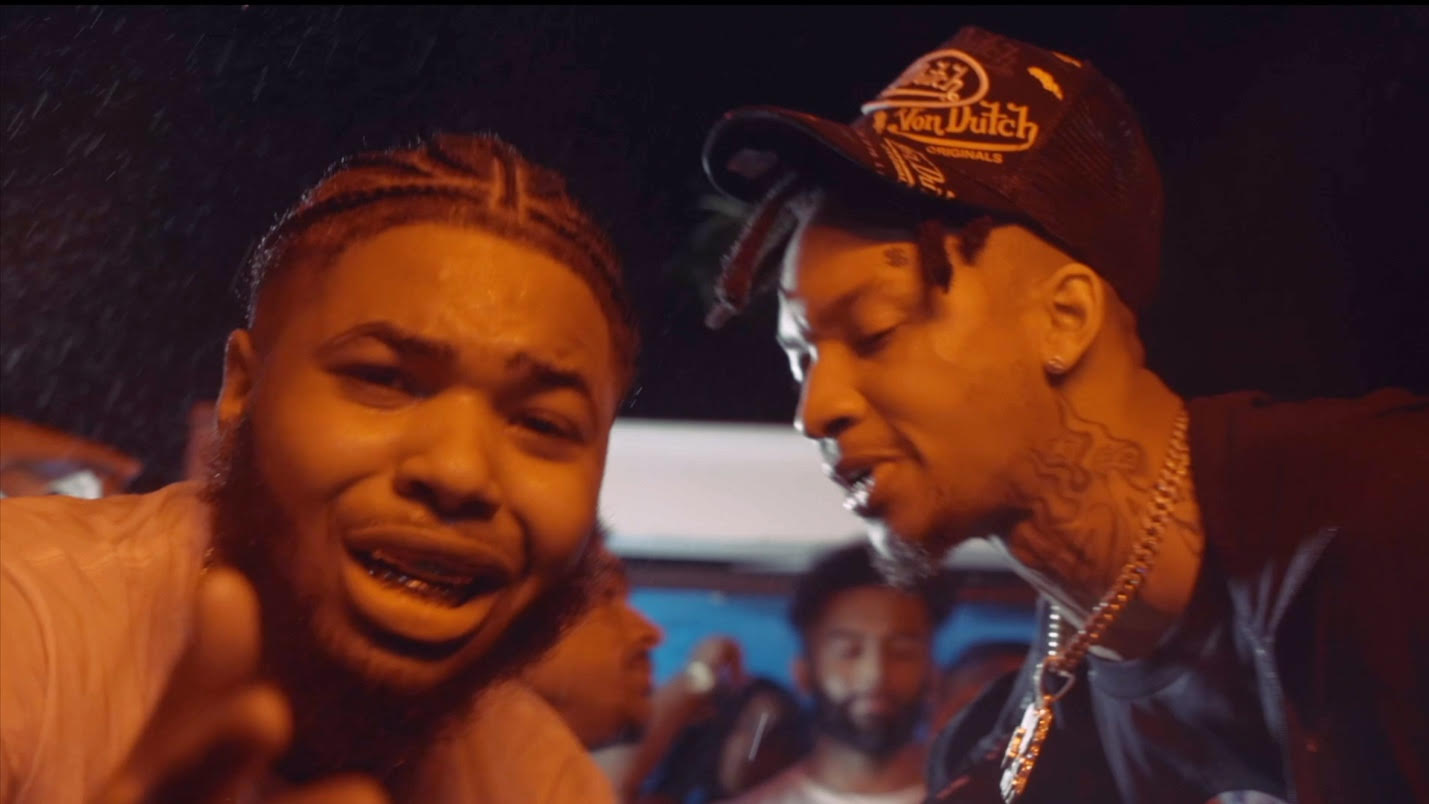 Last month, Chop released “Make Believe”, a new single that showcased his gritty street bars and unique hard-hitting flow. Additionally towards the end of last year, Chop released “Draw Down.” Produced by Cabell and directed by Domico Phillips, the music video quickly garnered over 320K views on YouTube. Chop was also co-signed by Pharrell on OtherTone twice for his viral hit “Walk Down,” watch HERE & HERE. In one episode Pharrell mentions, “I like is that kid FNF Chop, he got a song called ‘Walk Down,’ man, that sh*t be going so hard.”

Chop learned about his viral hit while behind bars. “I was in here just chillin’,” explains the rapper who was recently released from Virginia’s Richmond City Jail, “All of a sudden, I kept getting new followers.” “Walk Down,” a commanding song Chop had abruptly made in 2019, had exploded on TikTok a year later. The artist browsed the app to find thousands of clips set to his track. Within months, over 100,000 more videos were using the single, generating over one million views. Evident in 2021’s No Exit EP, FNF Chop plans music in the future while insisting that his legal troubles are a thing of the past. “I’m not okay with being okay; I’m not comfortable with being comfortable,” asserts the talented young rapper with a wealth of street wisdom.

Chop’s journey begins in Baltimore, Maryland, where his single mother raised him and his six siblings. Outside the home, the streets were ruthless and violent. Inside, the family battled poverty and spent time at shelters. The FNF acronym is a reminder that Family Never Folds. From early on, music represented a therapeutic escape. “I always struggled with depression, anxiety, and stuff like that. I’d spend time with my headphones in on my CD player and listen to songs and beats and analyze.” By his adolescence, Chop’s mom relocated the family to housing projects in Richmond, Virginia. As he entered manhood, Chop faced pressure to provide. “I came up with a plan to better the situation for my family. I tried to take some of the stress off of my brothers and my mama.” In the early days, Chop took to the streets, leading him to several stints behind bars. While serving time in the mid-2010s, Chop discovered a talent that lay within. “I had nothing to do; I decided that I’d write raps.” Soon, he showed his skills to fellow inmates and friends on the outside. “I never really thought I’d take it farther than that, but then people really responded to my songs.” Chop left jail ready to work.