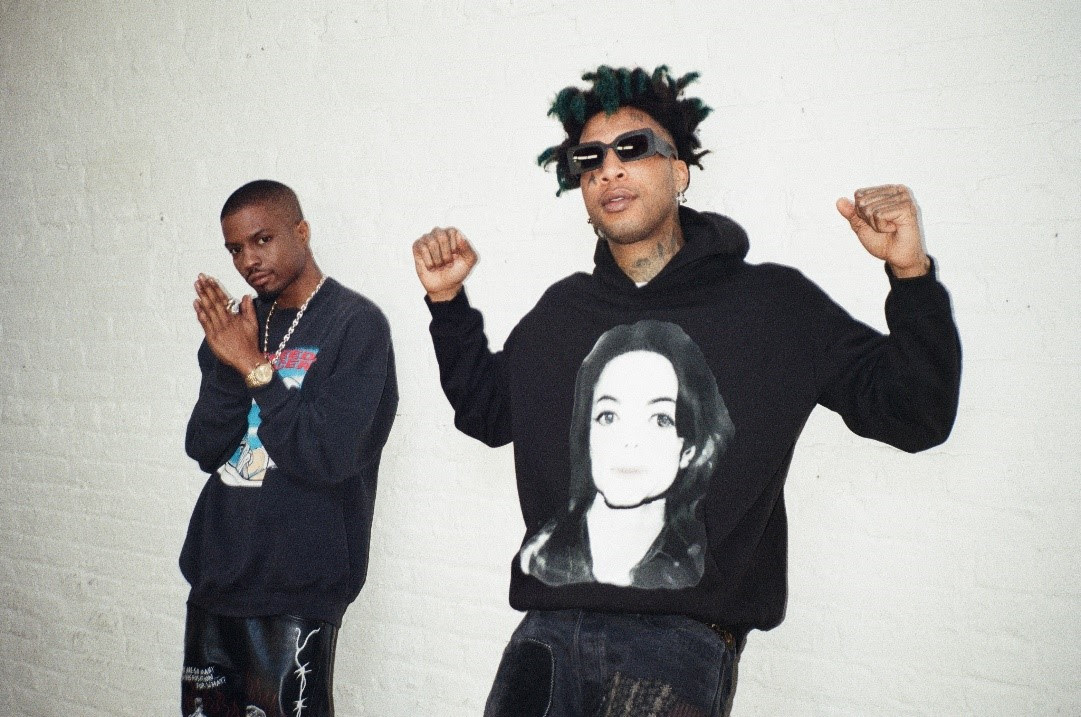 TM88 and Pi’erre Bourne unleash a trippy animated video for “OMS,” the genre-dismantling opener of their critically acclaimed joint album, Yo!88 (out now via Capitol Records / Taylor Gang / Interscope Records / SossHouse). With its gleaming yet knocking production and earworm hooks, “OMS” finds the collaborators at the peak of their abilities, combining skills to create a futuristic trap masterpiece.

Opening with a digitally rendered TM88 tossing and turning on a bed surrounded by towering stacks of burning cash, the video then jumps to the animated artist speeding on a dirt bike to escape from cop cars. He then returns to a mansion to play poker and cook up a new batch of beats, flames encircling him the entire time. It’s as if the video is saying, “When TM888 and Pi’erre Bourne link, everything is lit.”

One of the chief architects of modern trap music, TM88 delivers his most forward-thinking production to date on “‘OMS.” The fascinating hybrid of quaking trap percussion, alien and 8-bit synths, and grinding guitar plays like a mash-up of spacey video game soundtracks and vintage Brick Squad hits. It’s the perfect score for Pi’erre Bourne, who flexes with abandon. “Yeah I’m Jeff Gordon behind the wheel / Feel important when you sign that deal,” Bourne spits in a melodic, auto-tuned flow.

GRAMMY®/NAACP nominated, TM88 helped define the vibrant aesthetic of contemporary trap music, producing multi-platinum hits like Lil Uzi Vert’s “XO TOUR Llif3” and Drake’s “Way 2 Sexy,” the Future and Young Thug-assisted record that hit No. 1 on the Billboard Hot 100. TM88’s most recent credits include producing two tracks off Future’s I Never Liked You album. Pi’erre Bourne first made his mark as a producer — crafting massive singles for Playboi Carti (“Magnolia”), topping the charts with Lil Uzi Vert (Eternal Atake), and becoming a GRAMMY® Award winner (Kanye West’s Jesus Is King) — while establishing himself as a successful rapper with lauded solo albums The Life of Pi’erre 4 and The Life of Pi’erre 5.

The collaborators’ legacies are only expanding now that they’re officially linked. Yo!88 has been praised by fans and publications like Billboard, who wrote “[the album’s] timing couldn’t be more perfect.” The arrival of TM88 and Bourne’s mind-bending “OMS” video is a reminder to revisit one of 2021’s most boundary-breaking rap releases.