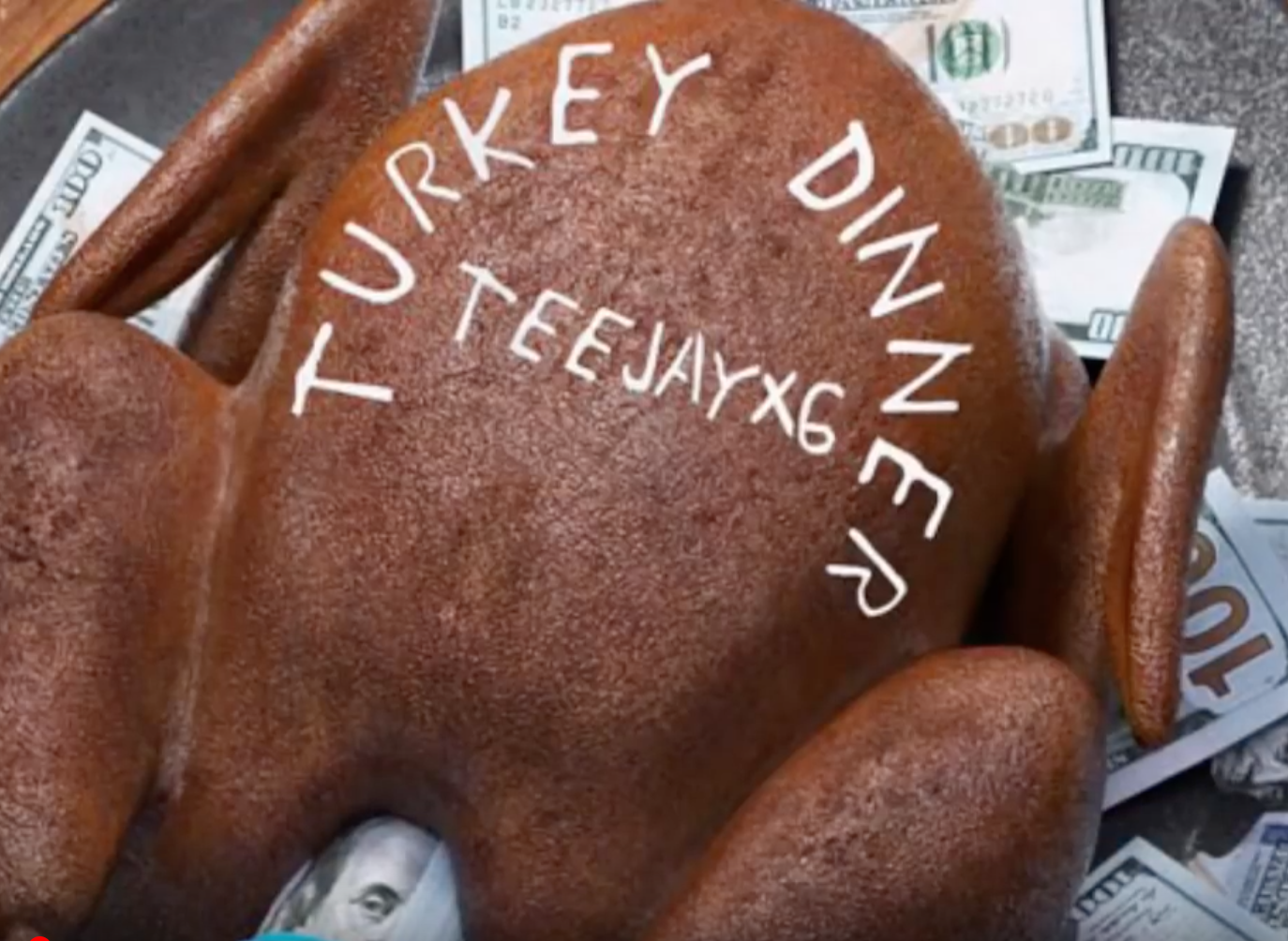 It’s the best eating day of the year! Teejayx6’s “Turkey Dinner” is all about Thanksgiving by title, but it’s a hilarious look at scamming that’s perfect for the holiday. He keeps it simple and clean, with a thankful beat that makes you happy for everything that you have.

Listen to “Turkey Dinner” below.

Hunid gets smooth on “Too Bad”