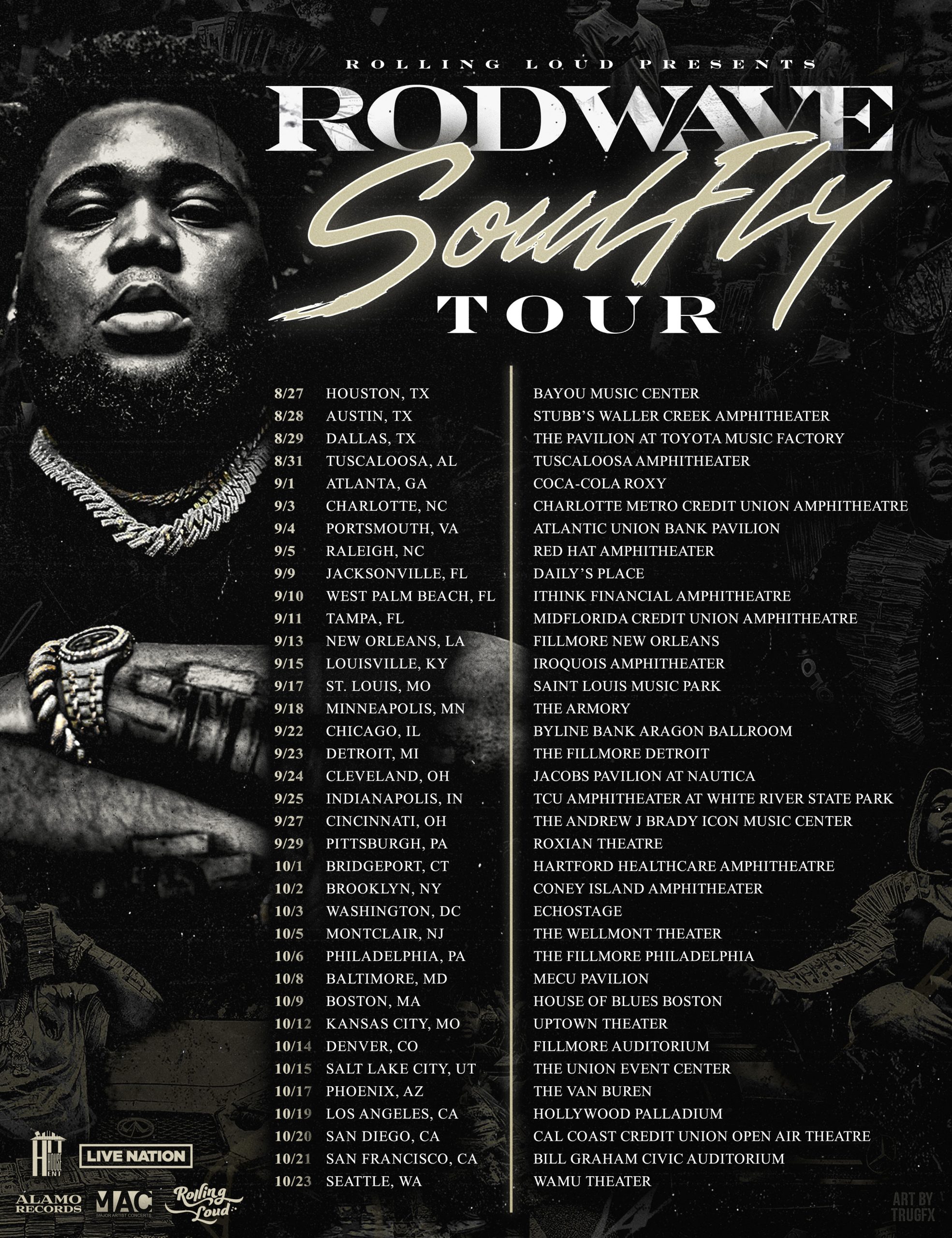 Gathering many of rap’s biggest names, Rolling Loud events are known for their expert curation and high-energy performances. After years of building themselves into the premier festival brand in hip-hop, Rolling Loud launches Rolling Loud Presents, their first venture into tour promotions.

Rolling Loud Presents is one of the company’s most ambitious expansions yet, taking the Rolling Loud experience on the road with a series of tours headlined by some of the biggest stars in hip-hop, in partnership with Live Nation.

Tickets for “Rod Wave: SoulFly Tour” go on sale starting Friday, June 18th at 10am local time at http://soulflytour.com/. List of all tour dates below.

Described by The New York Times as the ‘preeminent hip-hop emoter of the last couple of years,’ Florida’s Rod Wave has evolved into one of the most organically popular artists in the rap game. His new album SoulFly debuted at #1 on the Billboard 200 with over 130k units sold, following last year’s Platinum-certified Pray For Love. The Alamo-signed artist is a consistent presence in the top 10 of the YouTube Music and Rolling Stone charts, amassing over 6.5 billion streams in less than three years. On the “SoulFlyTour,” he’ll perform SoulFly album highlights like “Tombstone,” which peaked at #11 on the Billboard Hot 100, and older hits like the multi-platinum singles “Rags2Riches” and “Heart On Ice.” On his upcoming headlining tour, Rod Wave will demonstrate why he’s one of the best live performers in hip-hop.

“Touring is a team effort, you’re only as strong as your team,” say Rolling Loud co-founders Matt Zingler & Tariq Cherif. “Each tour we take on is given the same attention as a Rolling Loud Festival. We strategically work with the artist team and our local partners to ensure a good turnout while not being over ambitious with the room capacities. If an artist really wants to grow they need to go out and build. Every market they go to helps build their fan base. Over time you will get to the Drake and Travis Scott level. Even those acts have been tour support and played in 500 cap rooms. I know because we booked Travis Scott in a 1500 cap room.”

“Rolling Loud has done an incredible job of not only launching but continuing to maintain such a relevant and forward-thinking music brand in the hip-hop space,” said Colin Lewis, tour promoter at Live Nation. “We’re excited to be a part of their expansion into touring and to kick things off with Rod Wave. Can’t wait for fans to see what else we have up our sleeves.”

Lonny The Street Lawyer Gets It Done! 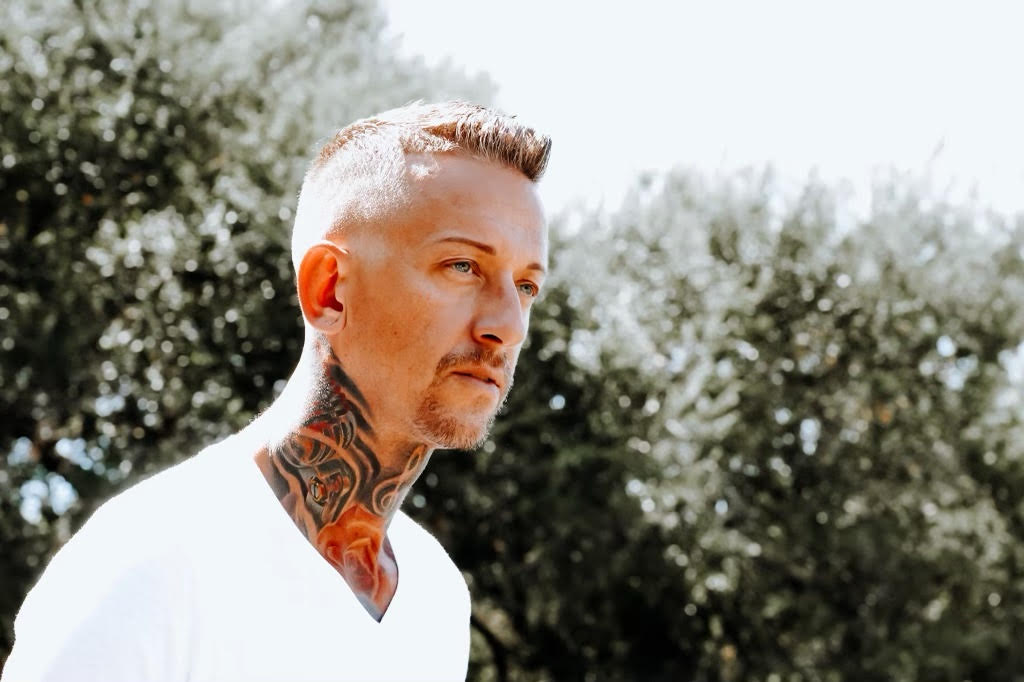 Jeremy Alan Jones is a Arkansas-native country artist, quickly making his way up in the industry. With his past experience with Hip-Hop, R&B, Rock, and now Country, Jeremy’s music style is second to none.

His most recent track “I’ll Wait For You Anyways” has recently surpassed 300,000 streams on Spotify in just its first week. The song features rapper, Gorilla Zoe as well as Rihanna’s back up singer, JVZEL. After his seven year hiatus, the country star scored even more collaborations, with the likes of T-Pain, Twista, Snoop Dogg, Yung Joc, and Juicy J, just to name a few.

Jones is extremely motivated and with the numbers he’s been accumulating, he is now getting major label attention. He is in talks with Sony Red already, but is playing out all his options. Moving forward, Jeremy is setting up a tour at the moment, with most of them being held at mud parks for much larger crowds to attend.

Stay updated with all Jeremy Alan Jones news by following him on Instagram, theofficialjeremyalanjones. 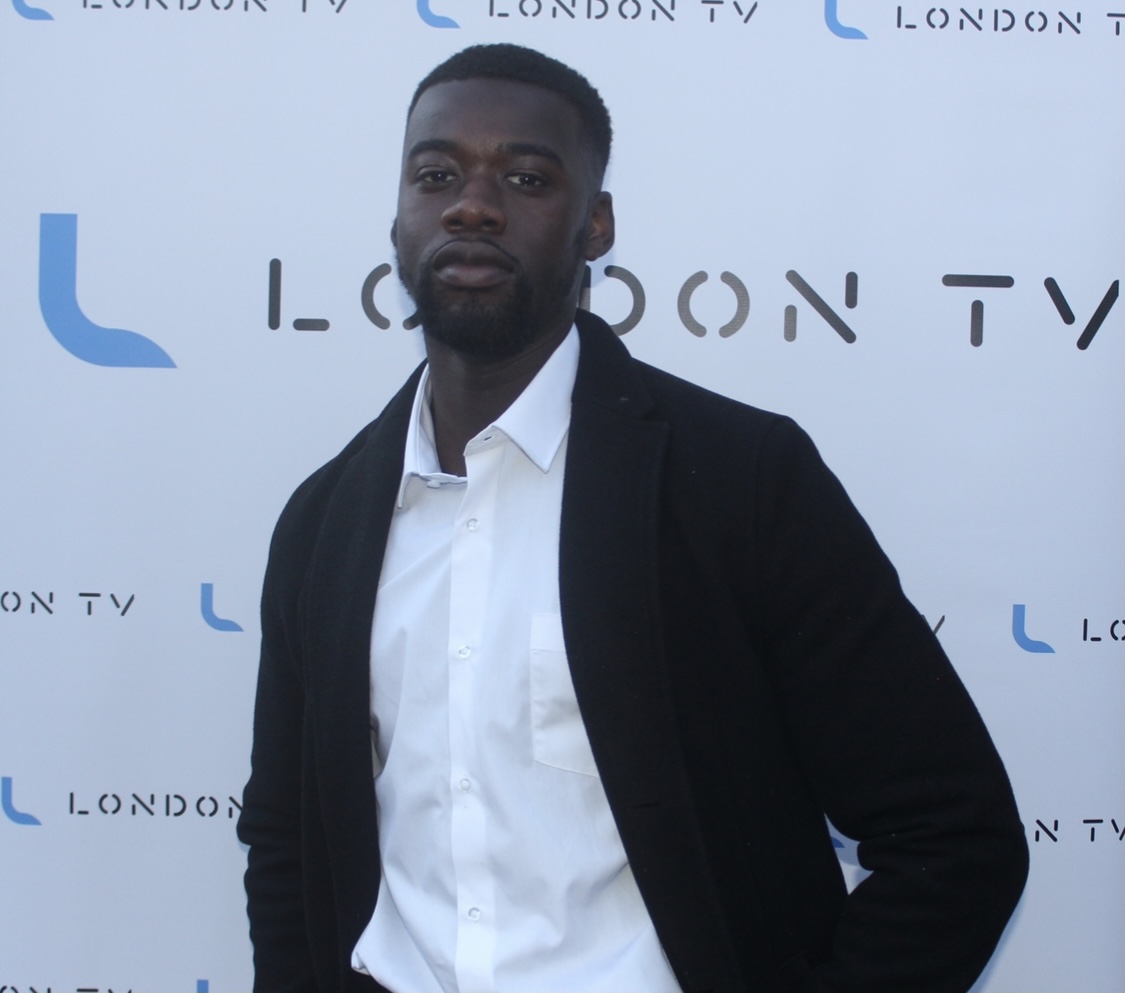 Hot on the heels of the release of the Afro-infused rap song, “Long,” Emerging London rapper, $tevoxcv has returned with a brand-new single featuring David Meli. On the chill rap record, both artists reflect on the influence of a bewitching lady on them. Introduced by smooth riffs, the production by Beatzbydb matches the rhythm in Stevoxcv’s witty, raunchy, and braggadocious verses. David Meli adds his tantalizing touch to the record through the enchanting hook powered by his silky voice which has the potential to reel listeners in. “Hypnotized” is a mellow single fit for a breezy summer drive.

Speaking on the single and the creative process of composing it, $tevoxcv says, “Hypnotized is a summer time feel-good song and having already done a song with Meli which was never released, soon as I laid out the verses, I knew who I wanted on the hook. I sent it off to Meli in the afternoon and he sent me back the hook by night on the same day. After giving it a listen, I realized we had just created a dope summertime record.”