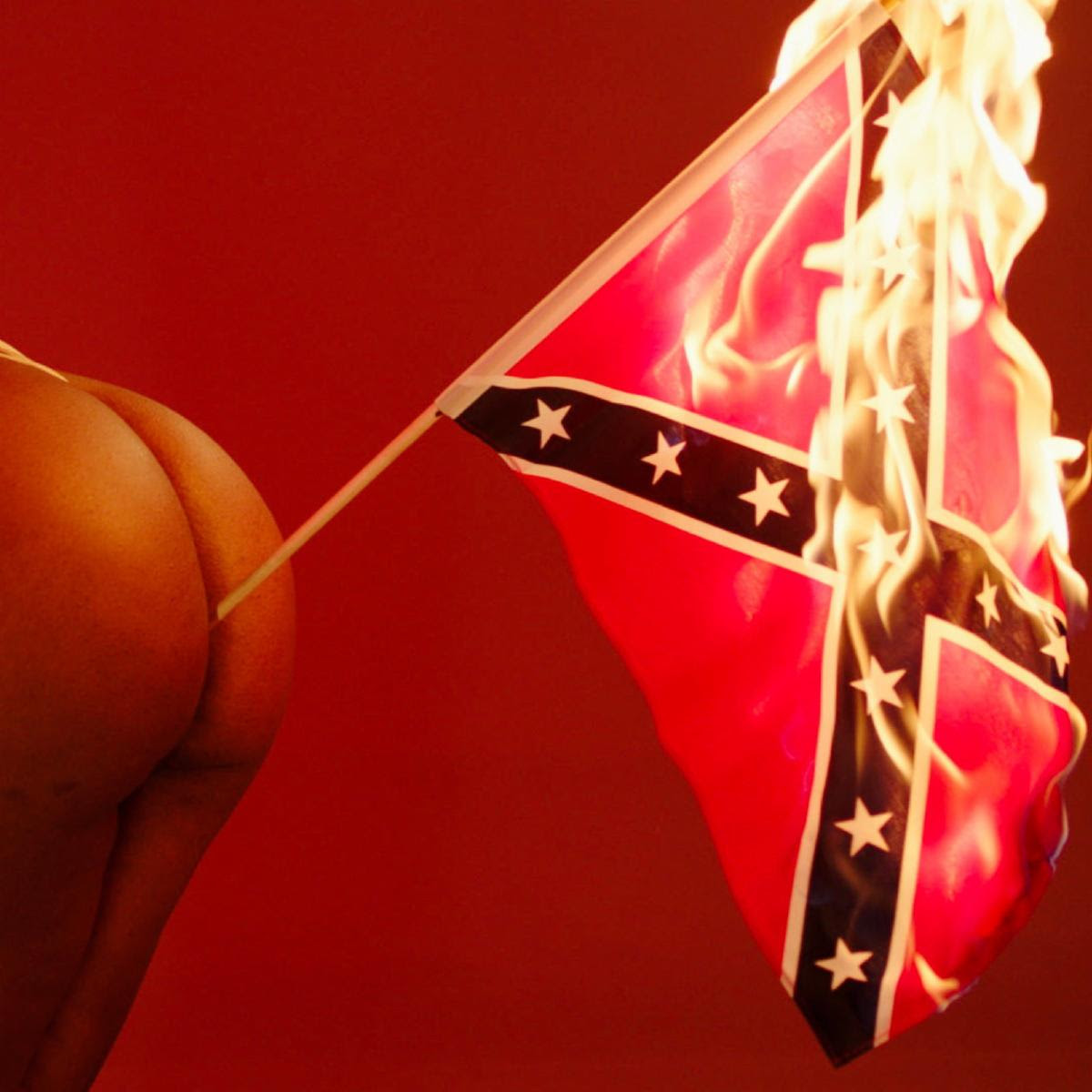 “America on Fire” opens with an angelic choir, but quickly descends into a barrage of chants, militaristic drum rolls, and claps. Through this score, Sabastian articulates anxieties in the Black community and the fears of living through a pandemic, his booming voice cutting through every second. He balances political messages with spiritual and philosophical concerns, preaching the power of love, positivity, and togetherness while still indicting the wealthy. “It’s all a game and the rich is watching us die for entertainment,” he raps. “N***a, this shit is crazy, we living in The Matrix.” On the hook, he tempers all profundity by gleefully chanting, “Bounce that ass!”

The Sabastian-directed music video is as captivating, insightful, and irreverent as the song itself. As American and Confederate flags are set aflame, Sabastian raps in front of a backdrop of the White House while surrounded by twerking women. Later, he’s spitting from the top of a truck emblazoned the words, “We Are God,” as it winds through the streets of Skid Row. Visually critiquing iconic American images and events (like the Fourth of July), the visual also finds Sabastian calling for justice for murdered Black people like the late Breonna Taylor.

Coming on the heels of his February single “Revolutionary,” “America on Fire” is another exciting step in Sabastian’s new musical journey. He has already left an indelible imprint on the culture as a designer sought out by everyone from OVO to HBO; as an artist with murals coast-to-coast and at ComplexCon; and as an activist with headline-making events such as “The Gucci Bonfire DTLA” and “Last Train to Nowhere.” He also launched his own brand, Skid Row Fashion Week, with a philanthropic mission to house the homeless. His custom pieces have notably been sported by Billie Eilish, A$AP Rocky, Big Sean, Alicia Keys, and many more. Forbes, Flaunt, and more have extensively chronicled his work. Now, Sabastian continues to commit this dangerously dynamic vision to wax with “America On Fire” and the rest of the music on his forthcoming debut album.

Check it out now!

Oowee Garcon Is ‘2 Alienated’ For This Earth