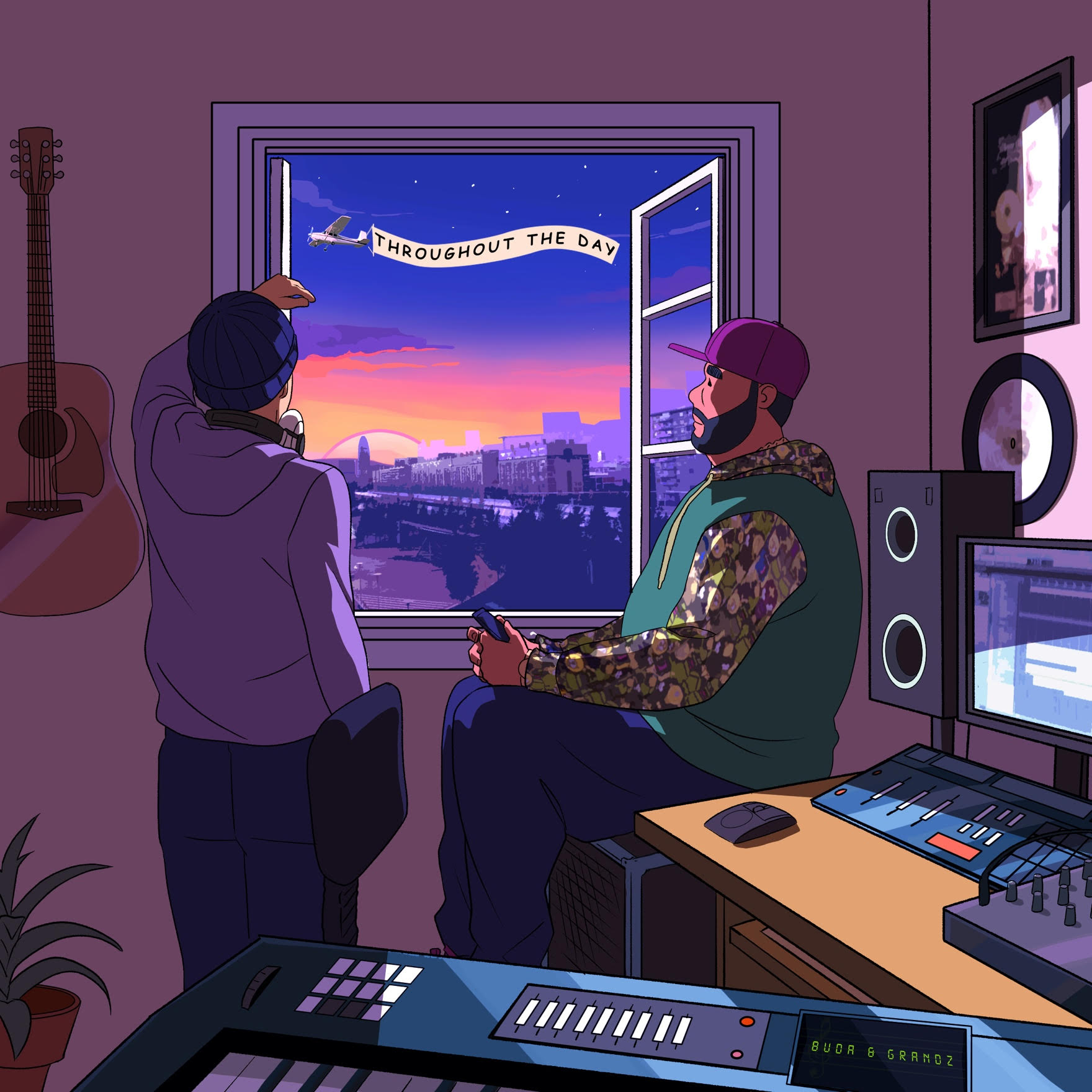 Platinum hip-hop producing/mixing duo, Buda and Grandz based out of New York City. Buda a Bronx native and Grandz hailing from Queens, together they have been hands-on with the East Coast hip-hop scene for many years at almost every level, from the underground to the mainstream. The two have produced for artists like 2 Chainz, Rick Ross, Young MA, Dave East, Nipsey Hussle, just to name a few.

With the recent growth Lofi music, Buda and Grandz dove in.  Lofi Hip Hop music is the calming catalyst that eases the stress of strenuous days, Buda and Grandz introduce their upcoming Lofi Hip-Hop project Throughout the Day. A highly anticipated, yet first-time release of a full online project, Buda and Grandz connect with listeners by fusing together the sonically pleasing sounds of hip hop that bridge calming textures.

“What inspired this project was the simple fact that we have yet to put out any of our own music online. We have spoken about it many times but never went ahead and actually did it. We always had a love for Lofi Hip Hop music, and when the opportunity presented itself, we were super excited and eager to share our music with the world”. Providing an original yet out of the ordinary project that welcomes the calming elements of hip hop, this project intentionally surpasses boundaries to introduce a new genre of music to their catalog.

Welcoming you to check out their first full project release, Buda and Grandz present to you “Throughout the Day – a Lofi project to comfort your day.

@PGFShawt Drops ‘In My Feelings’ EP