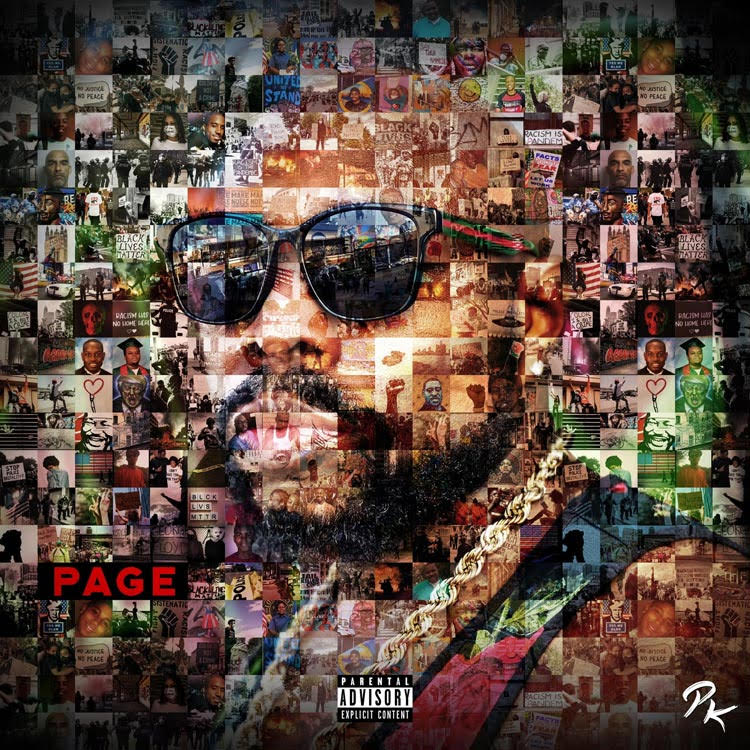 Described as “a stellar lyricist,” by HipHopDX and “an absolute beast on the microphone” by 2 Dope Boyz, Page utilizes his bar-for-bar lyrical prowess to tell stories celebrating and examining the Black and Brown experience through the lens of his personal experiences. The album is releasing following his co-starring lead in the 530.2 million worldwide box office hit “The Meg,” and ahead of his co-starring role alongside Wanda Sykes and Mike Epps in the highly-anticipated Netflix original series “The Upshaw’s,” which is slated for release later this year.

Page Kennedy explains “PAGE”: I’m known for hard beats, bars, and storytelling. Thanks to Focus and Mic West on production that is no doubt achieved here as they laid the perfect musical canvases for me to paint my thoughts and frustrations with 2020 upon. As a Black man and father, the injustices of 2020 hit hard and close to home. While my projects don’t usually have much social commentary in them, I felt compelled on this album to not only give a conscious view of issues permeating society and the racial and socio-political trauma affecting Black and Brown communities, but to also celebrate the things that keep us going as a people despite it all.