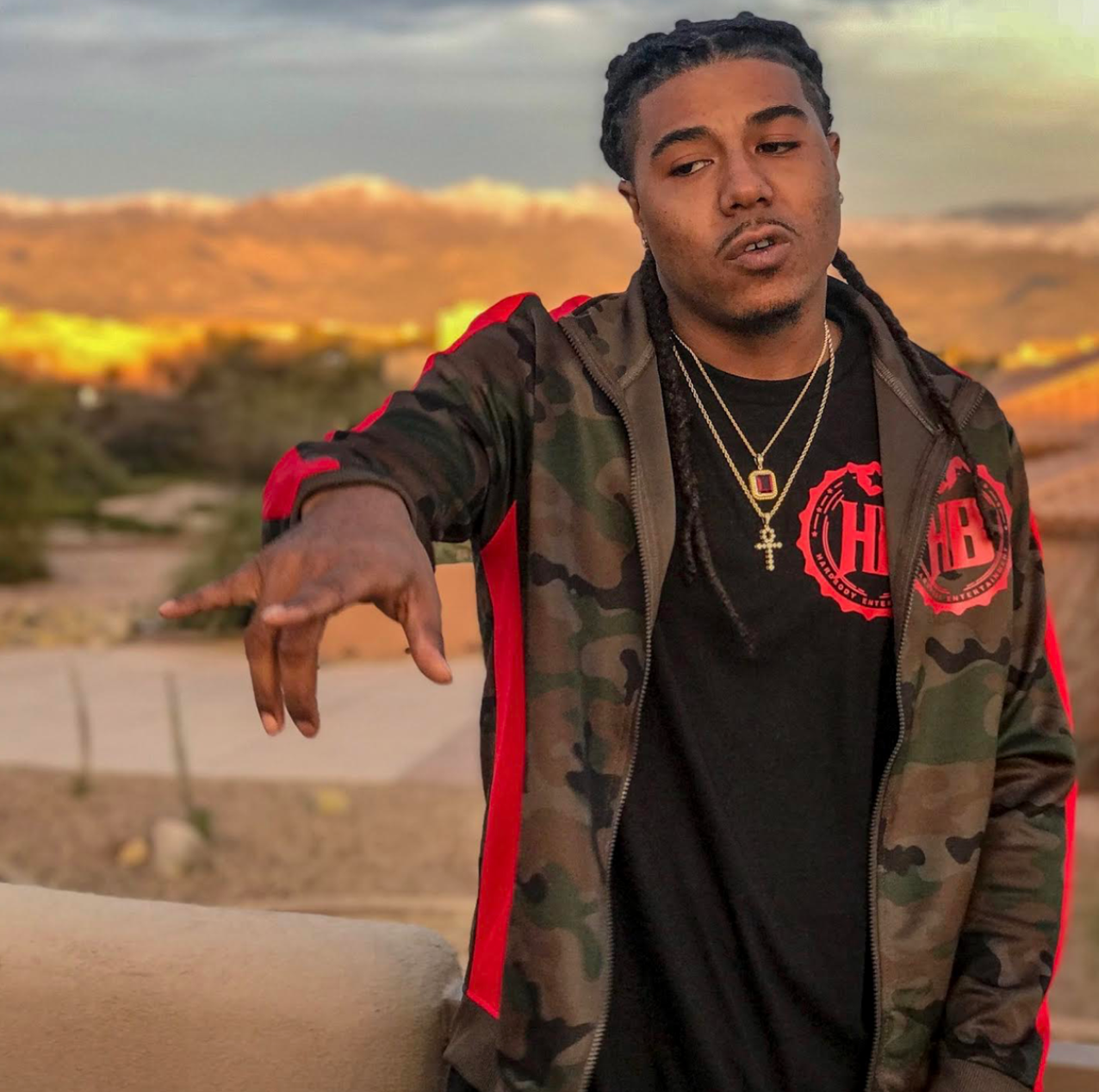 Up and coming Phoenix Rapper HB YUNGN was born Wendell Deskins Jr. in St. Louis, Missouri. As a kid growing up, Hardbody Yungn was raised by a single mother who worked for the St. Louis public school district. In hopes of a better life for her son his mother moved to Phoenix, Arizona where HB Yungn was exposed to West Coast rappers such as Tupac, Ice Cube, Too Short, and Nipsey Hussle at a young age.

HB YUNGN had raw talent at a young age however, he didn’t have the proper direction or drive. After dealing with multiple personal & legal battles he finally took his music career seriously, and in 2018, he released singles such as “Relate” with Dayo G and “Vetted.”

His new video “No New N*ggaz” with Dayo G speaks on the risks you take trusting new friends too soon. While also explaining, how important it is to always value the people who have truly been with you from the beginning. He also speaks on his personal trials and tribulations he faced while never backing down and confronting his challenges head on. HB Yungn is an artist with a sound that stands out from the rest with a raw, catchy flow and lyrical rhymes which makes him easily a fan favorite.

Check out “No New N*ggaz” below.

Related Topics:featureshb yungn
Up Next