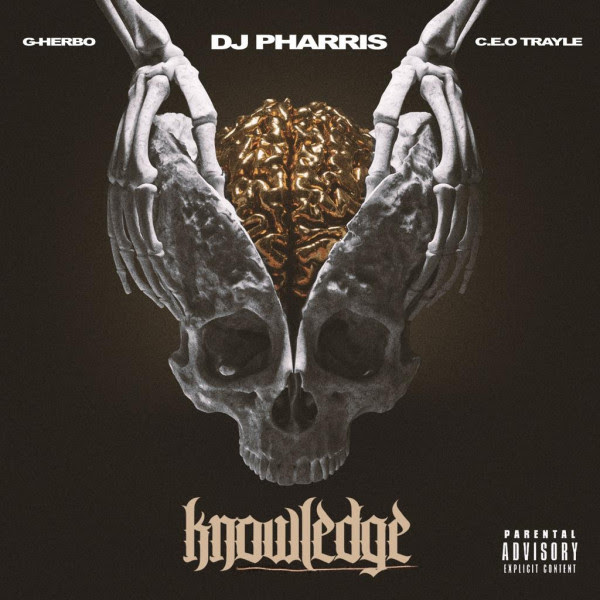 Legendary Chicago DJ and Kanye West affiliated producer, DJ Pharris has shared his new single, “Knowledge” featuring G Herbo and fellow Chicago rapper CEO Trayle. “Knowledge” follows DJ Pharris’ recent single “Everything New” featuring Chance The Rapper, Wiz Khalifa, and Rockie Fresh, the latest offering from his upcoming debut project, Coronation, which releases on 5/21 via This Chicago Music Group.
DJ Pharris is a Chicago DJ who began his career at Chicago’s WBMX 102.7, has been syndicated on over 48 radio stations, and is now a staple on Chicago’s POWER 92.3 where he has two shows, at 5pm and 10pm daily. Pharris is one of the chosen few to have been inducted into the Frankie Knuckles DJ Hall of Fame and has worked extensively with Kanye West – co-producing Kanye’s multi-platinum hits “Fade” and “Mercy” as well as appearing as a featured artist on “Cold” aka “Theraflu” alongside DJ Khaled. He also produced Chief Keef‘s “Faneto Remix” (feat. G herbo, Lil Bibby, & King Louie) and co-produced Future‘s “Parachute,” as well as other tracks for Young Dolph, Lil Durk, Jeremih and more. In 2019, Pharris launched his label This Chicago Music Group in partnership with Create Music Group, subsequently releasing “BO$$” feat. Young Dolph & G Herbo before going on to release, “JUUG” feat. Chief Keef & Jeremih and “GET DOWN” feat. Lil Durk & Lil Zay Osama in 2020 – both of which will be on his upcoming debut project, Coronation.

@DCinn Wants You To “Know The Difference’