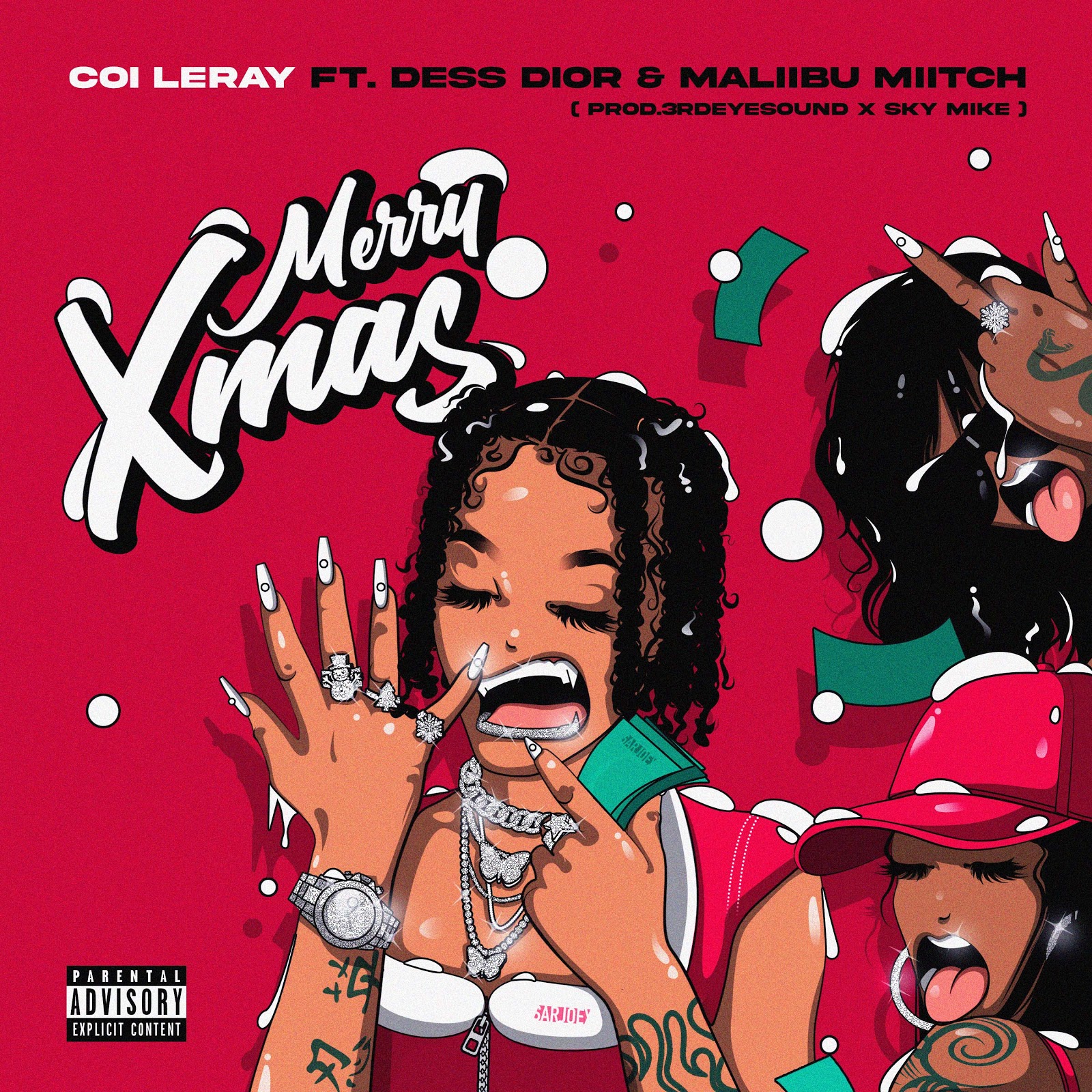 She heats up the holiday season with flex-worthy bars and a flirty hook meant to light up the Christmas party. The track unites three of the game’s most unapologetic and undeniable femme fatales as Coi, Dess Dior, and Maliibu Miitch lock into a lyrical crossfire highlighted by head-turning bars that’d make Santa Claus blush.

Be on the lookout for the music video soon.

It wraps up an unforgettable year for Coi. Most recently, she joined forces with Kodie Shane for “Get To The Money,” which Pitchfork pegged as “The must-hear rap song of the day.” Earlier in the fall, she dropped the fashionable flex “Rick Owens.” In the wake of its arrival, REVOLT called her “a trendsetter,” and PAPER wrote, “Coi Leray is certainly making a name for herself as part of a new generation of female rappers.”