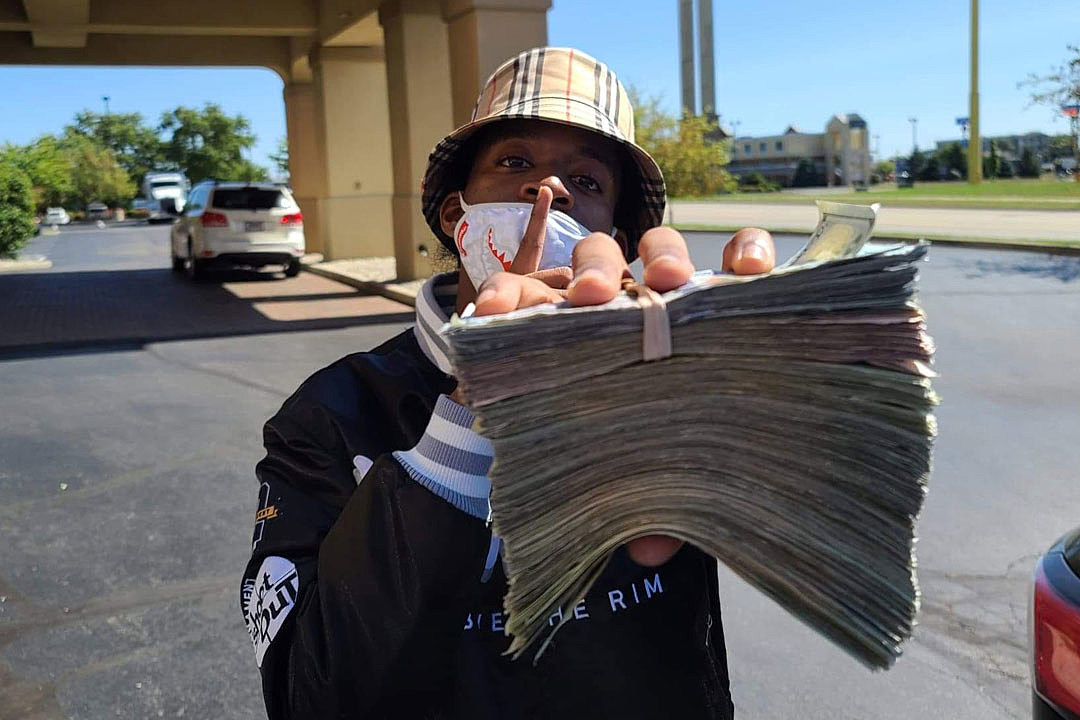 Tearing up the internet with his raunchy rhymes and wild ad-libs, few rappers today have the charisma of YN Jay. Returning to his hometown of Beecher, MI for his latest video, YN Jay shares “Slow Motion.” Produced by Michigan rap sound architect Marc Boomin, “Slow Motion” complements Jay’s punchlines with looks back into his past life on the streets of Beecher: “Stoppin’ at my granny crib, lookin’ at my granny crib/Like goddamn, this where we used to live/Probably in my pop’s Cadillac, that’s where we used to chill.” The video returns YN Jay back to the streets on which he grew up–the camera zooms in on the street sign for Stem Lane, where he used to “ride through the Buick”–contrasting his current life as a rap star with his humble origins. “Slow Motion” is the latest video from Coochie Chronicles, Jay’s latest project, following last month’s release of “Triple S Remix” ft. Coi Leray.

With the help of innovative Flint-area producers like ENRGYand Marc Boomin–who combine wavy melodies with thudding 808s–Jay ushers listeners into his sex-crazed mind, wielding a slip-sliding, start-stopping flow as he unleashes a torrent of punchlines and outrageous boasts.  Covered by Pitchfork, The FADER, and more, the project is home to the single “Oxyyyyy,” a paean to Jay’s favorite narcotic, the ebullient opening track “Summer Time,” and his signature song “Coochie,” a collaboration with Jay’s close friend Louie Ray that has more than 30 million YouTube views. Featuring an additional appearance from Flint heavy-hitter Rio Da Yung OG, Coochie Chronicles is available everywhere via Alamo Records.

Driven to take rap seriously after his older brother died, YN Jay quickly started to build a reputation as one of the most colorful characters in a hometown Flint scene populated almost exclusively by colorful characters. He started to get mainstream notice with his single “Coochie,” which introduced the world to Jay’s one-track mind and eventually racked up over 26 million YouTube views. Jay is a nearly mythic figure on TikTok, generating millions of video creations on viral hits like “Kakashi,” “Coochie Land,” and “Coochie Scout,” and inspiring TikTok comedian @Nuhchez to splice YN Jay’s voice into Coolio’s “Gangsta’s Paradise” and create one of the platform’s most successful running jokes. YN Jay’s inimitable style earned him co-signs from Drake and Lil Uzi Vert, and last month, he made his festival debut when he performed at Rolling Loud Miami.

With the new Coochie Chronicles, and much more music on the way, YN Jay is looking to take his distinct strain of Michigan rap to national prominence. Hold onnnnnn…YN Jay is coming for the throne.

Slimelife Shawty is About That “Slatt Bizness” in New Video