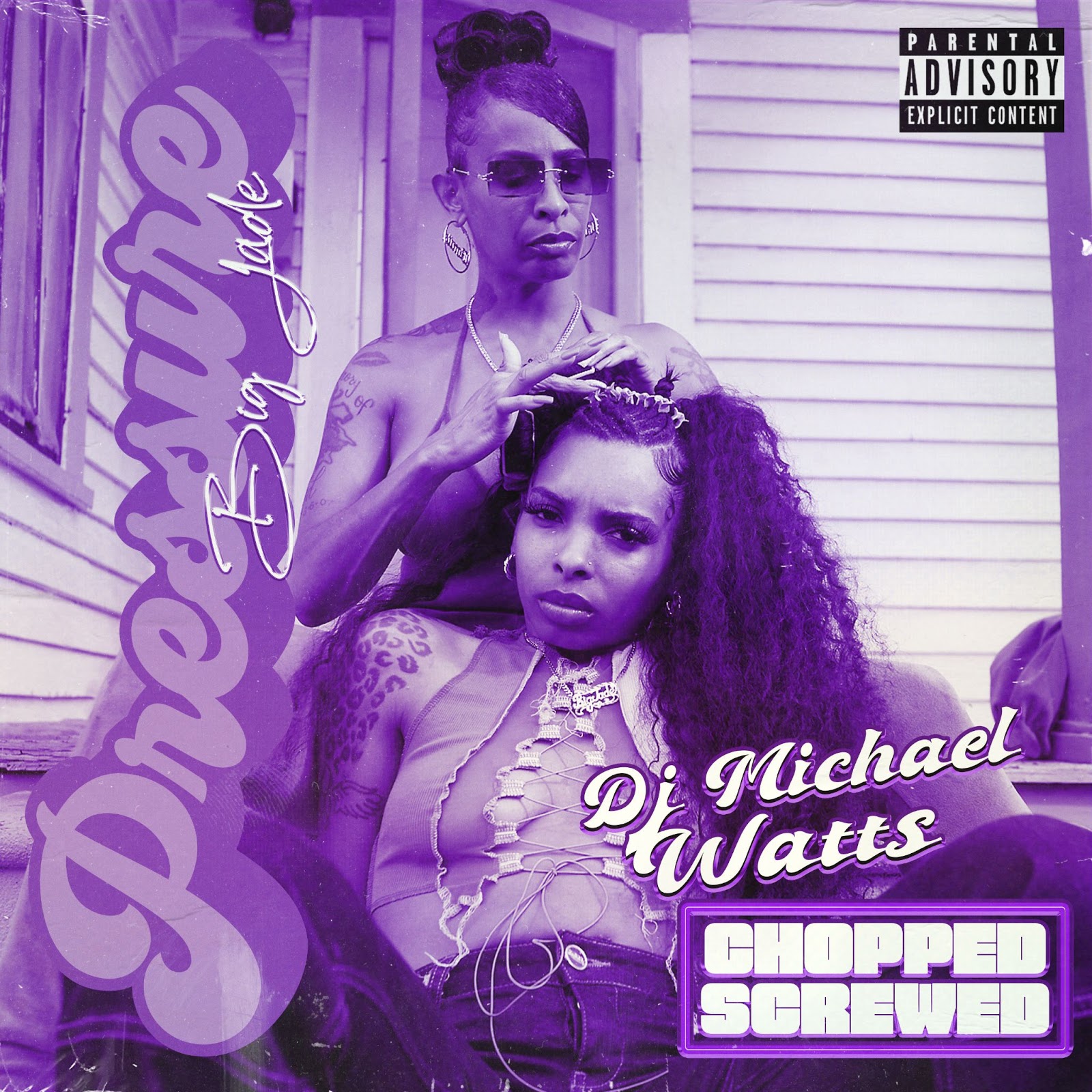 Beaumont, Texas native Big Jade recently dropped a heater of a debut project, Pressure, back in May, and just like numerous Texas rap classics before it, it’s getting the chopped and screwed treatment. It drops today with none other than DJ Michael Watts, founder of iconic Houston record label Swishahouse (Slim Thug, Paul Wall, Lil Keke), chopping and screwing the ten bonafide bangers on the project. This tape just furthers my point about Jade. Not only does it prove that she’s Texas as fuck, but also her willingness to lean into the things that made the region sound one of the most distinct in the country.

Pressure, Big Jade’s debut project with Alamo Records, puts her raw lyricism and Texas-sized charisma on full display. Putting her daughter and her hometown of Beaumont on her back, Jade proves that she’s heir incumbent to the throne of Texas rap’s queen. The project is home to highlights like the recent single “Dem Girlz” ft. Erica Banks & BeatKing, a David Banner-flipping banger perfectly suited for rides in the low-low, the blistering introductory “No Hook,” and the sultry, DJ Chose-produced “Gucci Bag.” The project features additional guest verses from OMB Bloodbath and Queendom Come.

Check out the tape ahead of time down below.