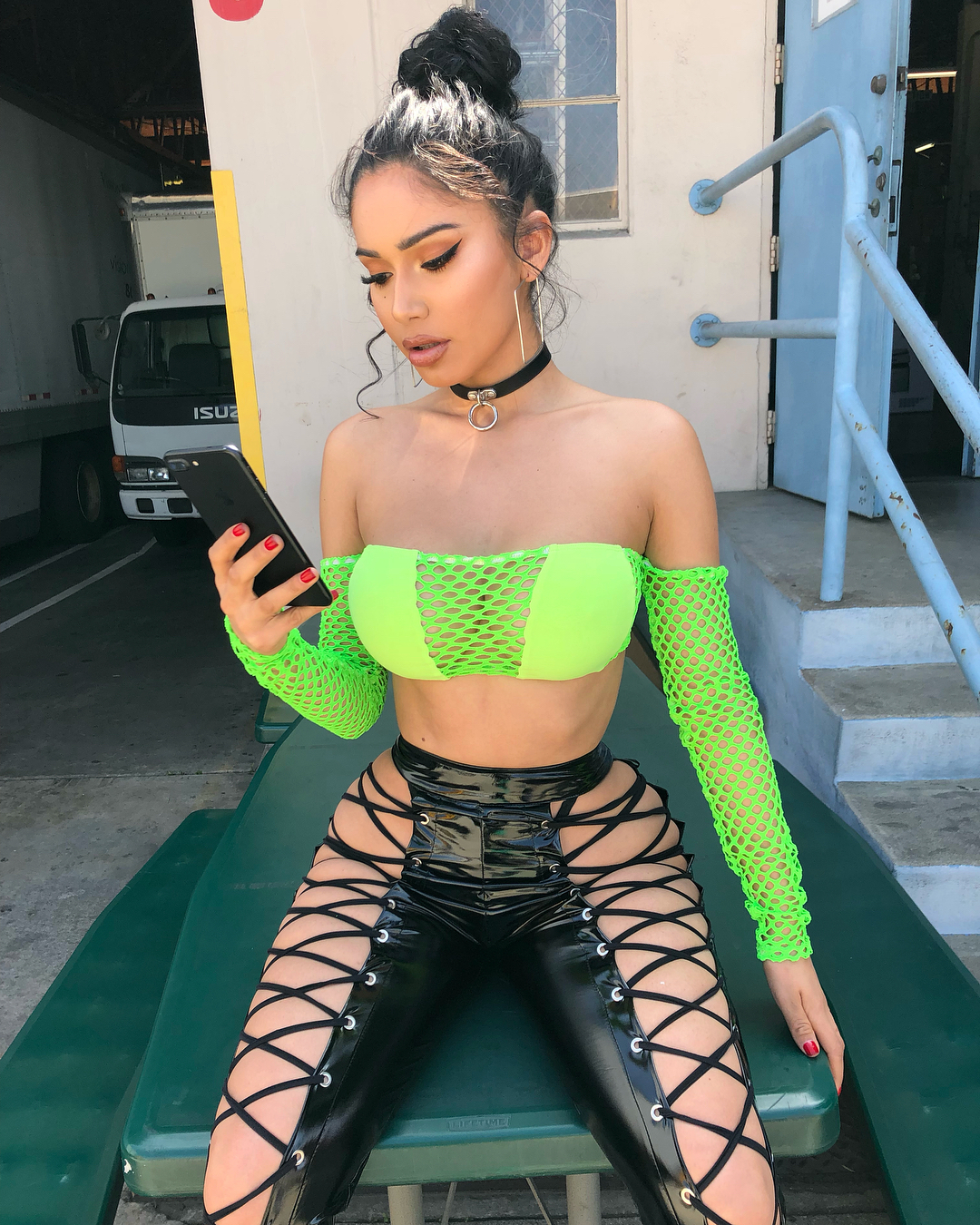 Check out some of what April has to offer in our Best of Instagram series this week. You’ll find a diverse array of ethnic backgrounds that showcases the beauty of women all across the world. 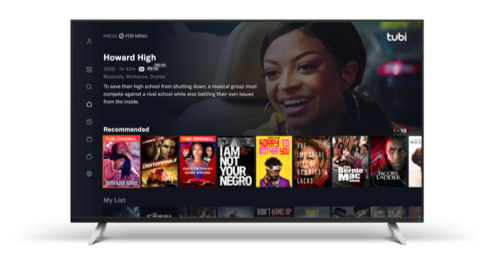 Tubi, FOX Entertainment’s free streaming service, will honor Black History Month with a celebration of stories, voices and triumphs, featuring thousands of hours of Black film and television. To anchor this month-long tribute, the service will debut two all-new Tubi Originals: musical drama HOWARD HIGH, directed by Christopher B. Stokes (“You Got Served”), premiering Friday, February 4; and PASS THE MIC, a two-hour Tubi Original documentary spotlighting the careers of Lil Nas X, Lizzo and Kendrick Lamar, debuting Wednesday, February 16. And starting Wednesday, February 2, Tubi will be the only place where viewers can stream the entire first season of FOX’s OUR KIND OF PEOPLE for free.

In addition to HOWARD HIGH and PASS THE MIC, more than 1,400 Black Cinema titles will be available on Tubi throughout Black History Month, including the award-winning documentary “I Am Not Your Negro”; “Sorry to Bother You,” starring LaKeith Stanfield; “Bessie,” featuring Queen Latifah, Michael K. Williams, Mo’Nique and more; “The Immortal Life of Henrietta Lacks”; and “The Jacksons: An American Dream”; as well as Tubi Originals TWISTED HOUSE SITTER, MOST WANTED SANTA and GIRLS GETAWAY GONE WRONG.

Premiering February 4, HOWARD HIGH follows a high school musical group that must compete against a rival school in order to save their arts program, while also battling issues from the inside. Based on the 2020 hit TV mini-series, which will be available on Tubi during Black History Month, HOWARD HIGH is an entertaining and fun-loving film that also sheds light on the challenges students and school arts programs face in underfunded neighborhoods. In addition to director Christopher B. Stokes, the film from Footage Films features an ensemble cast that includes Chrissy Stokes (“Southland”), Anthony Lewis (“Madea’s Farewell Play”), Earanequa Carter, Lindsay Davis, Veronika Bozeman (“Karen”), Jarell Houston (“You Got Served”), Christian Gonzalez and Kida Burns (“Battlefield America”), as well as Keith Sweat, Marques Houston, Ross Fleming, Hannah Malone, Deonte Jackson, Rayan Lopez, Diany Arias, Asha Franklin and Lindsay Diann. Additionally, the HOWARD HIGH original soundtrack will drop on February 4 on all digital platforms.

Premiering February 16, Tubi’s two-hour documentary from FOX Alternative Entertainment, PASS THE MIC, celebrates the careers of Lil Nas X, Lizzo and Kendrick Lamar, risk-takers and rebels who have used music as a way to shatter stereotypes and overcome adversity, embodying the indomitable spirit symbolic of the Black experience. While they build on the movements of those that came before them, they are igniting their own movements – and inspiring a new generation – to ensure their influence will live on.

Additionally, starting on February 2, Season One of FOX’s OUR KIND OF PEOPLE’s will be available on Tubi. The series was inspired by Lawrence Otis Graham’s provocative, critically acclaimed book, “Our Kind of People: Inside America’s Black Upper Class,” and takes place in the aspirational world of Oak Bluffs on Martha’s Vineyard, a historical stronghold where the rich and powerful Black elite have come to play for more than 50 years. From writer and executive producer Karin Gist (“Star,” “Grey’s Anatomy”) and executive producer Lee Daniels (“Empire,” “The United States Vs. Billie Holiday”), OUR KIND OF PEOPLE follows a strong-willed, single mom as she sets out to reclaim her family’s name and make an impact with her revolutionary haircare line that highlights the innate, natural beauty of Black women. But she soon discovers a dark secret about her own mother’s past that will turn her world upside-down and shake up this community forever. The show is a soapy, thrilling exploration of race and class in America and an unapologetic celebration of Black resilience and achievement.  Produced by 20th Television and FOX Entertainment, the series stars Yaya DaCosta (“Chicago Med,” “Whitney”), Morris Chestnut (THE RESIDENT), Joe Morton (“Scandal”), Nadine Ellis (“Let’s Stay Together”), Lance Gross (“Hawaii 5-0”), Rhyon Nicole Brown (“Empire”), Kyle Bary (“Ginny & Georgia”), Debbi Morgan (“Power Book II: Ghost,” “All My Children”) and newcomer Alana Bright.

Additional titles available on Tubi during Black History Month include “A Weekend with the Family,” “Boy Bye,” “Unbanned: The Legend of AJ1,” “The Autobiography of Miss Jane Pittman,” “The Bernie Mac Show,” “Jacob’s Ladder” (2019), “A Woman Called Moses,” “A Raisin in the Sun,” “Why Do Fools Fall in Love?,” “ATL,” “Devil in a Blue Dress,” “Death at a Funeral” and more.

Tubi, a division of FOX Entertainment, is an ad-supported video-on-demand service with over 35,000 movies and TV shows, including a growing library of Tubi originals, 65+ local and live news and sports channels, and 250+ entertainment partners, featuring content from nearly every major Hollywood studio. Tubi gives fans of film, television, news and sports an easy way to discover new content that is completely free. 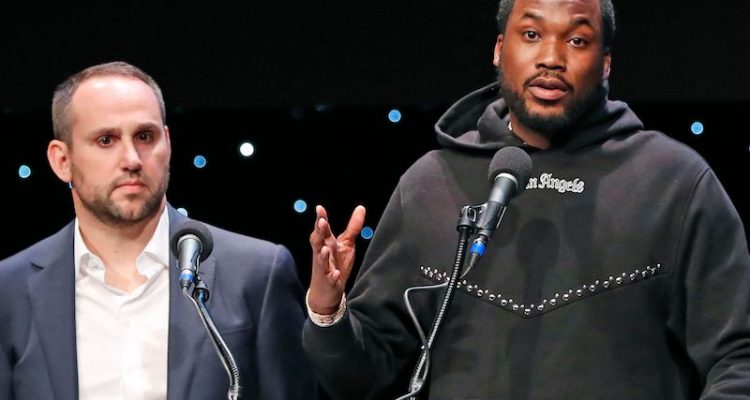 Philadelphia 76ers partner Michael Rubin, Meek Mill and Kevin Hart are teaming up to give back to the community with a collective $15M donation to 110 Philadelphia schools in need, serving low-income students. The donation will assist thousands of students from underserved families for the 2022-2023 academic year across schools around the Philadelphia area.

This donation marks the latest development in Mill and Rubin’s ongoing commitment to give back to communities in need. Previously, the rapper and 76ers partner created a $2M scholarship fund in 2020 to support underprivileged students from pre-K through high school in Philadelphia, providing youth with critical resources during the pandemic.

These social-good efforts culminated in a powerful initiative just last month for the holidays. Rubin and Mill partnered with REFORM Alliance to host a special VIP experience for more than 25 children who have been negatively impacted by the criminal justice system and unjust probations.

Please let me know of any interest in covering today’s latest announcement on the multi-million dollar donation to Philadelphia’s children in need. Happy to answer any questions! 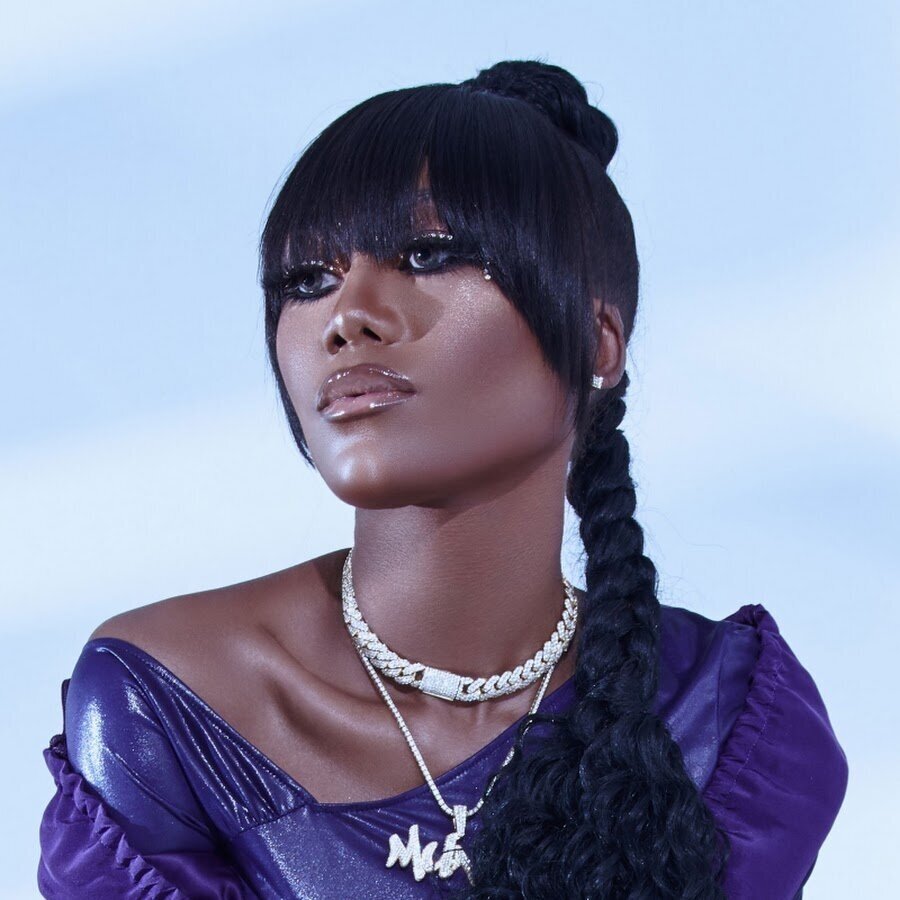 2022 has just dawned and TikTok has already begun minting hits. “Yours, mine, ours/I could do this for hours…” is part of singer-songwriter Muni Long’s infectious love song “Hrs and Hrs,” and the TikTok community can’t stop creating videos to the R&B track. Since the song’s release in November 2021, the sound has earned 169.2M+ video views to date on 114.7K+ global video creations. The sultry love song inspires creators to highlight what they love about their loved ones through compilations of candid moments, cozy indoor date nights, and footage of early Valentine’s Day proposals.

Additionally, creators are showing off their singing and songwriting abilities, using the #HrsAndHrsKaraoke hashtag to cover the song and add their own original verses. “Hrs and Hrs” also soundtracks cooking videos on the platform, with artists like Latto engaging by sharing her recipe for her seafood lasagna rolls. Other notable artists/celebrities that have engaged with Muni’s song include Jordyn Woods, Jacob Latimore, Tea Cooper and more.

Muni Long has leaned into the trend to her 278k TikTok followers, reposting couples’ videos and sharing a video compilation of her significant other. The song’s success has grown beyond TikTok with the song charting on Spotify’s Top R&B and U.S. Viral 50 charts, a top five placement on Apple Music’s Top 100 Global, and a debut on the Billboard Hot 100 this week.