Emerging as a new kind of hip-hop royalty, BADDA TD unleashes his debut mixtape, Prince of Flatbush, today. Get it HERE via Epic Records.

To celebrate its arrival, he just shared the music video for his new single “Fame & Clout” [feat. Kash Sincere]. The track fuses airy guitar to skittering 808s as Badda TD’s signature flow takes center stage, rising and falling from a high-register into menacing melodies as he croons out the hook, “Shorty play games for the fame and clout.” The music video depicts Badda TD as he presides over a table with piles of cash in a plume of smoke like a true boss.

He paved the way for Prince of Flatbush with the single “Feel Like A Boss” [feat. 42 Dugg] earlier this month. Right out of the gate, HotNewHipHop praised, “The Flatbush rapper is only 17, but he is already cementing a spot for himself.” Within a week, it’s already racked up over 100K streams and 200K views on the music video.

The rest of the project illuminates the scope of his dynamic and diverse style. He tears right into “Running Wild,” while “DG2” offers up an intense sequel to one of his formative bangers. He trades bars with another New York titan Rowdy Rebel on the punchy “Glitch.” Meanwhile, it culminates on the hazy and hypnotic “Smoke in the Air.” Check out the full tracklisting below.

Earlier this week, he shared an intimate mini-doc. It follows Badda TD around Flatbush as he holds a toy drive for local kids and discusses his journey up to this point with the neighborhood as the backdrop. He also speaks candidly on his relationship with his dad who’s incarcerated—yet speaks to him daily either by phone or email. It’s a revealing look at this rising star and his world. 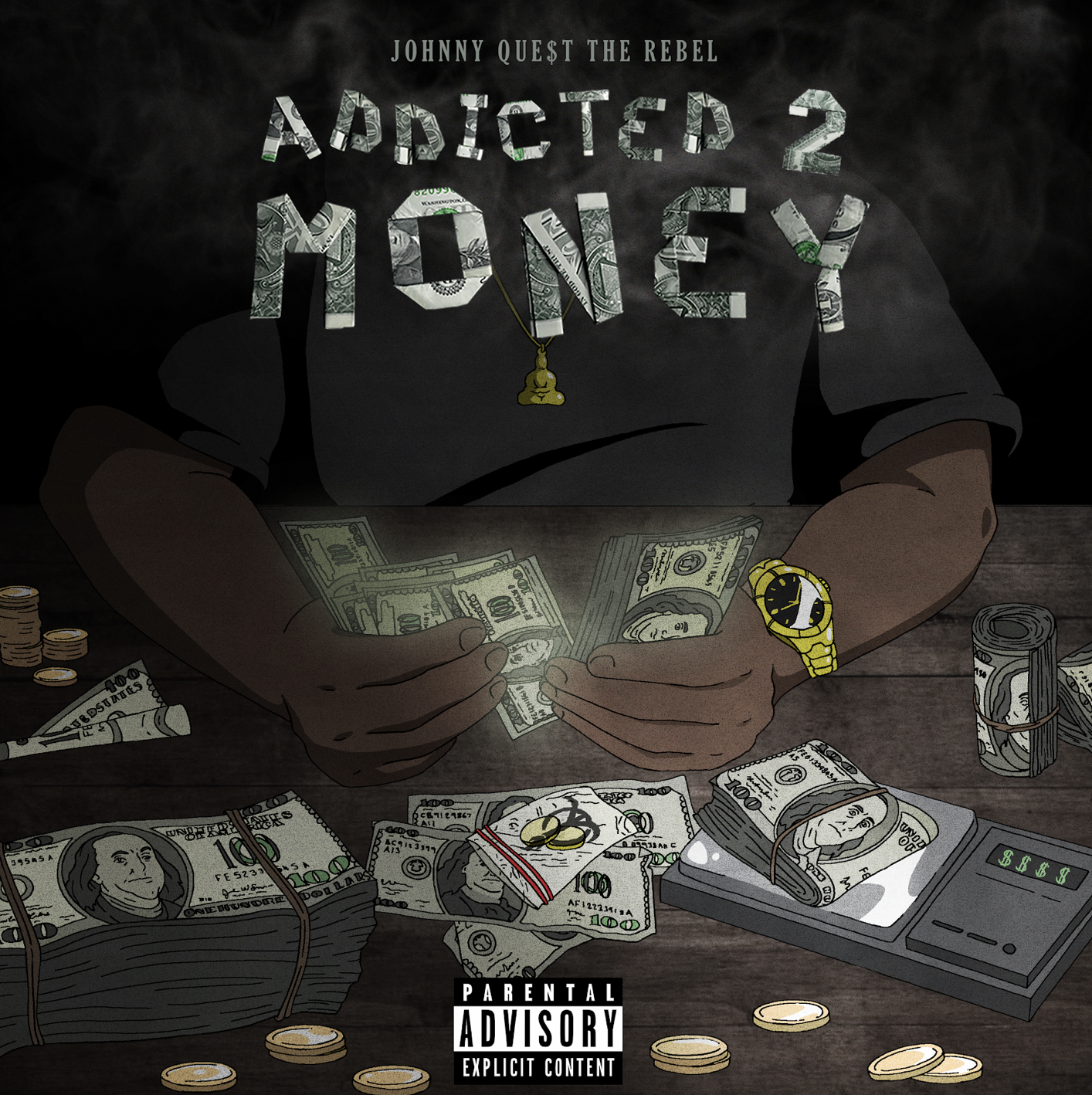 Johnny Que$t The Rebel returns after his 2020 project Follow and prepares to continue his journey as one of hip-hop’s young stars with his latest single, Addicted 2 Money.

While Follow is a story of the hardships of obtaining your dreams, Addicted 2 Money is a look at money and value as a substance and finding comfort and refuge in them (to the point of obsession). The song turns into a self-made narrative of increasing personal value independent of external relationships, resources, and substances. In turn, Quest has focused his addictive personality on obtaining riches. The Bvtman produced track romanticizes the relationship between Quest and earning capital, and is a musical score for the hustler-at-heart.

“People interact with you based on how they value you. My addiction became increasing my value.” – Johnny Que$t The Rebel