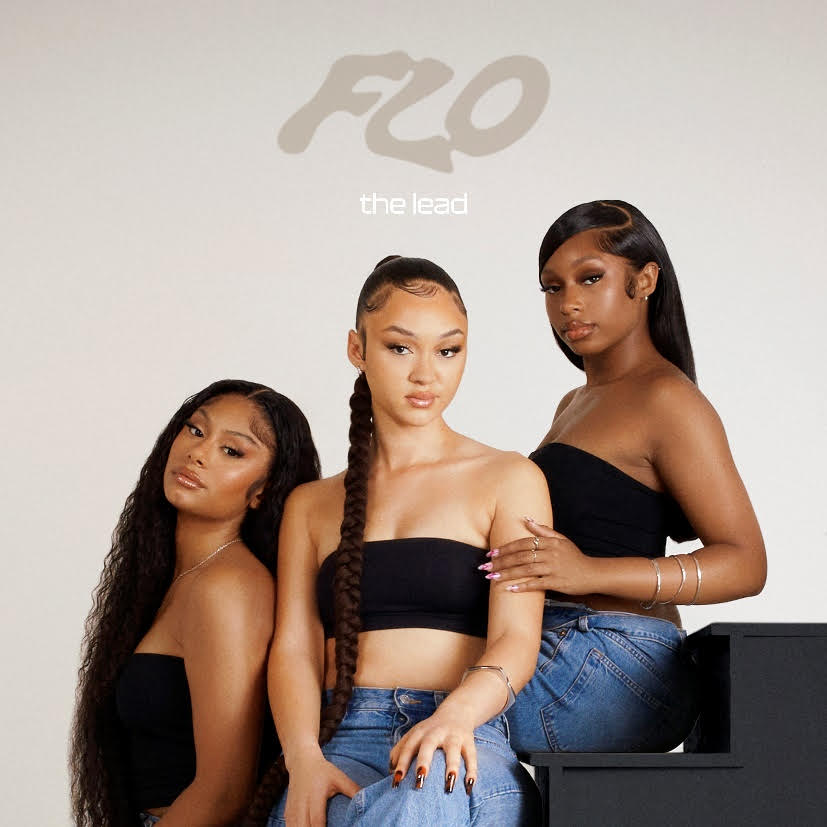 Listen to The Lead: HERE

“Our debut EP The Lead represents personal and professional growth because it’s taken so many twists and turns. We are young black women navigating life and musicians finding our voice and sound through R&B. Pop means popular, and R&B could be pop, but people need to give it the same love and chance.

The Lead shows us that positive things can come from tough conversations, and reminds us to take the lead and not follow anyone else when making decisions on your relationships and listening to your truth,” says FLO on the EP.

“I’ve been working with the girls for the past 3 years – one of the first songs we wrote together was ‘Cardboard Box.’ The hour in which we wrote it – we just knew it had something very special. Then and even now, they’re so young and so driven, and push me equally as much as I push them to be competent songwriters and great recording artists. Stella, Jorja and Renée make a beautiful partnership when they sing together and I’m really happy they’ve found a trust in people like myself and Kabba, Jamal Woon and Ryan Ashley to help get what they stand for across in their music as an all-black R&B/pop act in 2022 – much less a girl group with all the ‘00s references included. I also just love working on projects that if I wasn’t working on it, I’d be stanning. And this is absolutely one of those projects,” says producer MNEK on working with FLO and the EP.

The future of R&B, FLO, represented by three young women: Jorja, Renée and Stella, show their personal and professional growth in the creation of a remarkable sound that hasn’t been heard in the music scene for decades. Tipped as Britain’s next big girl group, FLO’s new track “Immature” has already received instant praise from Little Mix’s Leigh-Anne Pinnock and Ella Mai. Working closely with their “extended family,” executive producer MNEK, Jamal Woon, KABBA and Aston Rudi, FLO hustled every day in the studio to create The Lead arranging their intricate three-part harmonies, which have been compared to Destiny’s Child and recalling peak-era Timbaland, Aaliyah and TLC. Capturing the essence of an act at the helm of their musical and visual identity, the 5-track EP features the first song they ever wrote together, the 10 million streaming viral sensation “Cardboard Box,” the sublime “Immature,” the pitch perfect neo soul hit “Another Guy,” R&B slow jam “Feature Me” and the slick, sensational summer anthem “Summertime.”

To coincide with the release, FLO drops the new video for their buzzworthy track “Immature” today.

Receiving love from global superstars including Missy Elliot, SZA, Victoria Monet and JoJo with one tweet stating “the uk girl groups are coming hard,” featuring a clip of debut video “Cardboard Box,” has led to over 3M views. FLO’s opening statement catapulted the group to the center of the cultural conversation about the important role girl groups play in our society. Peaking at #2 on the Viral Spotify UK Chart, “Cardboard Box” was an introduction to the girls’ love for honeyed harmonies and rich emotion, fusing the classic old school R&B they still obsess over.

Already receiving critical praise from i-D, NME, Complex and more, FLO’s immaculate harmonizing over MNEK productions that fuse early 00s R&B, complete with Irreplaceable-esque guitar figures and dancehall flavors, have captured the hearts of the nation. FLO has already built a loyal fanbase on TikTok (over 170k followers and 4.1m likes) having been named “the future of R&B” (Complex) for their stripped back a capella sessions, giving new life to their favorite tunes with unbreakable chemistry.

It is FLO’s origin story that speaks to their name – it flowed. Stella spent the first few years of her life in Mozambique before moving to the UK aged five, and met Renée at school in London, where they bonded over their joint love of singing and were familiar with Jorja via social media. Jorja was born in Germany and grew up in Hertfordshire and was on her own musical journey, but it was a chance meeting at an audition where they all locked eyes: “I saw the girls and we screamed across the room. I knew from that moment we were about to start something big,” says Jorja.

They’re Getting “Mad,” Trapland Pat is Getting Rich

J.L.A. Drops “She Never Had That” To Get It Going