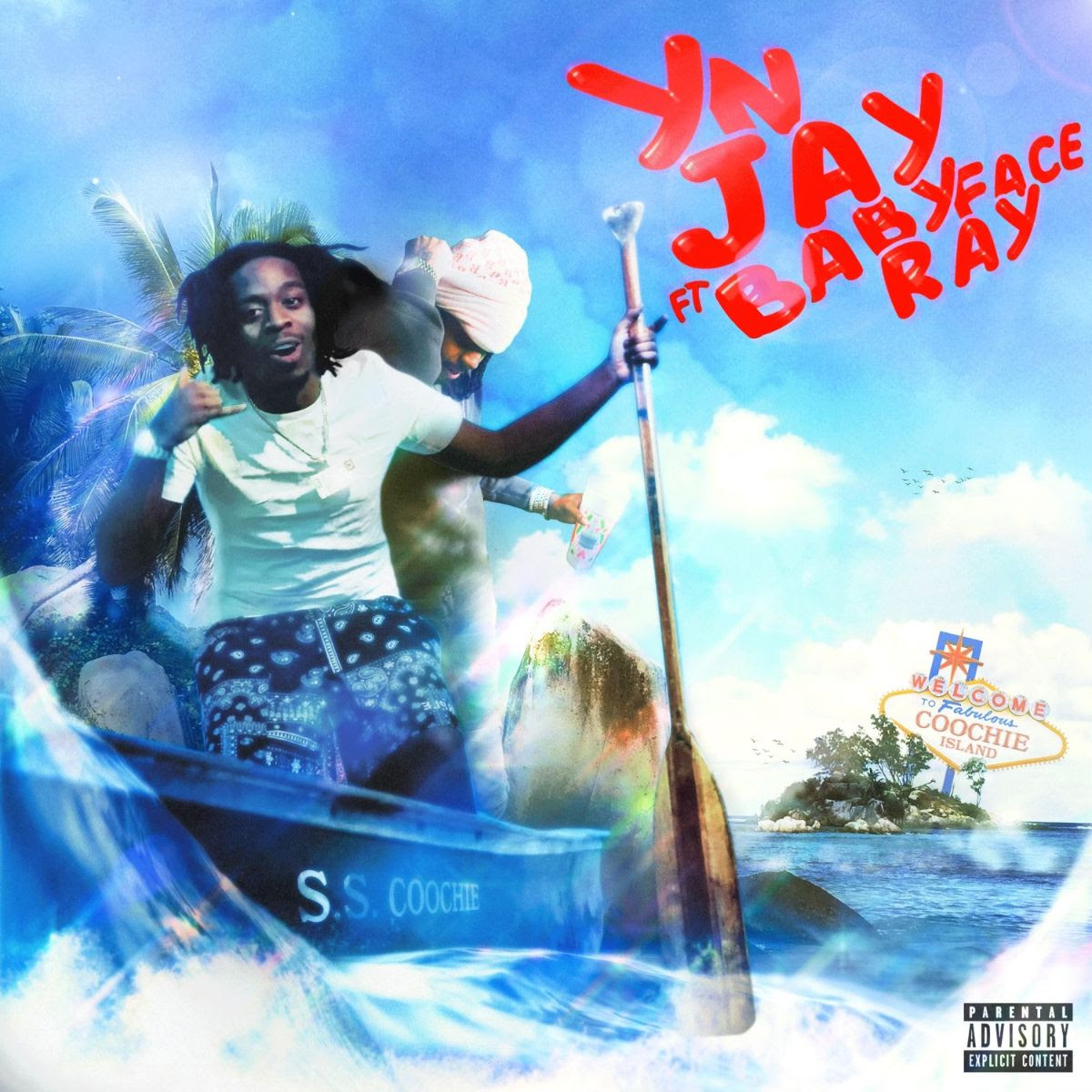 With ludicrous lyricism, endless energy, and a prolific output volume that rivals entire label catalogs, YN Jay is one of the most entertaining and hardest working artists in music. Connecting with fellow Michigan native Babyface Ray, the Beecher native shares “Coochie Island.” The bass-thumping, hard-nosed track finds the self-proclaimed “Coochie Man” spitting true-to-style reflections on teen moms, his fear of children (and having them), and his distaste with the state of global affairs, as he raps, “I ain’t tryna have no kids cause this world crazy/No, I ain’t no step-dad but that’s my girl’s baby.” Ray provides a calmer counterpoint to Jay’s “Coochie”-crazed antics, nonchalantly flexing about how his “rose gold Prezi look like Thousand Island.” “Coochie Island” is the latest release from Young Wild & Free, YN Jay’s upcoming mixtape, coming soon via Alamo Records.

The Stache House Productions-directed “Coochie Island” video finds YN Jay on the titular temptation island, as the rapper sits with a bevy of bikini-clad baddies. While Jay floats the day away in his canoe, Babyface Ray enters from the side door of the soundstage. After breaking the fourth wall on Jay’s imaginary paradise, Ray jumps into a Jeep armed with orange-tipped toy guns as he blasts away, giving the playful vibe of two kid neighbors on a backyard adventure.

YN Jay kicked off 2022 with his Mozzy and Louie Ray-assisted banger, “Tip Off,” following a prolific 2021, in which the Alamo Records signee released multiple projects, spark ed several viral trends, and dropped a metric ton of music videos. Furthermore, the Michigan rapper solidified himself as a somewhat mythical figure on TikTok, generating millions of video creations on viral hits like “Triple S,” “Coochie Land,” and “Kakashi,” while his inimitable raps quickly earned co-signs from the likes of Drake and Lil Uzi Vert. Among his 2021 projects was the highly acclaimed Coochie Chronicles, home to singles like “Slow Motion” and the Coi Leray-assisted, “Triple S Remix.” Receiving praise from Pitchfork, The FADER, and more, the project ushers listeners into Jay’s sex-crazed mind, wielding his slip-sliding, start-stopping flow as he unleashes a torrent of punchlines and outrageous boasts. Coochie Chronicles is also home to Jay’s signature song, “Coochie,” a collaboration with “Tip Off” featured artist and close friend, Louie Ray, which boasts over 32 million views on YouTube.

Stay tuned for much more from the “Coochie Man,” including plenty of new music, as 2022 rolls on.