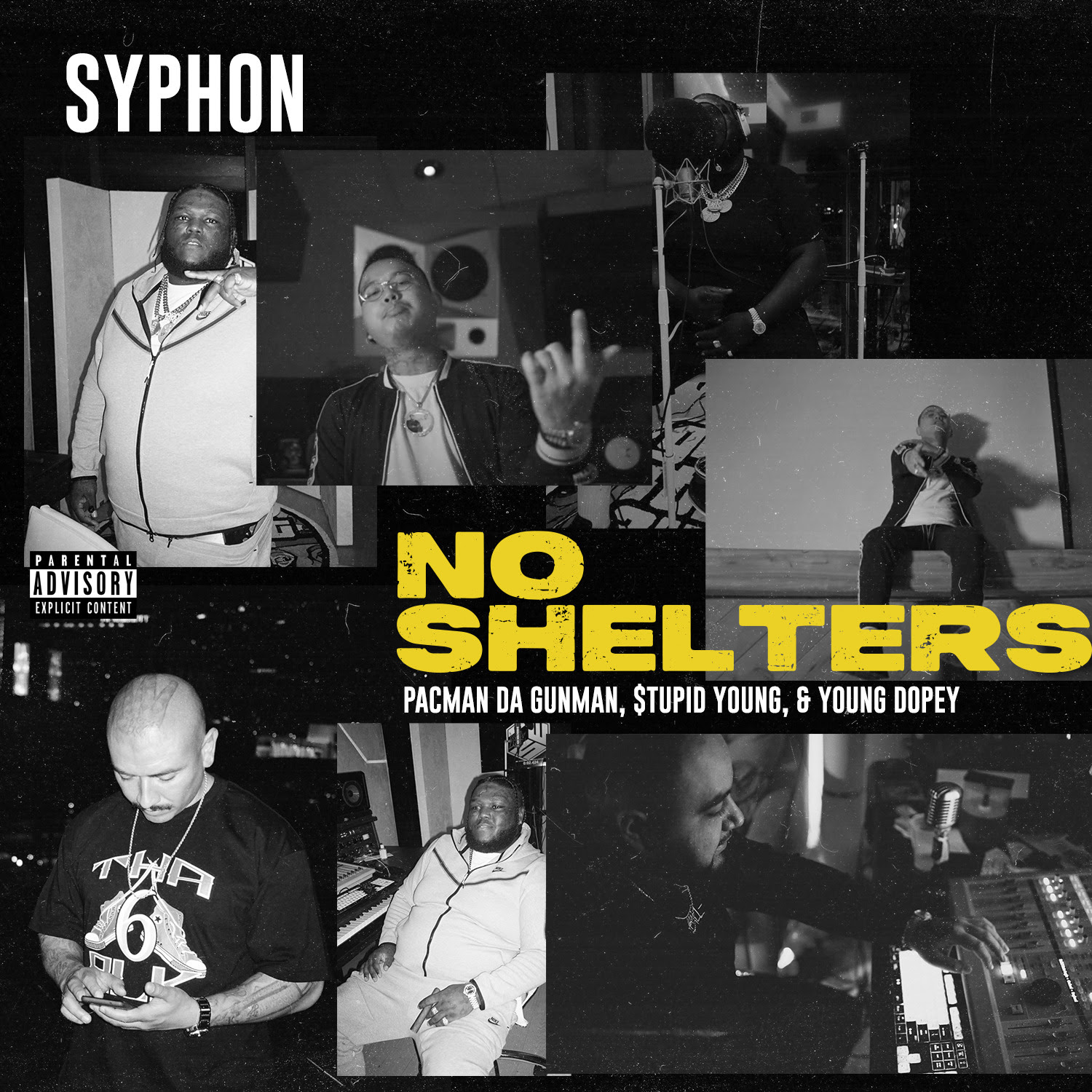 ‘No Shelters’, opens up with a gritty, pulsating bassline that sets the tempo of the track, before quickly dropping into Pacman da Gunman’s signature style flow. The verses between Pacman da Gunman and $tupid Young play out like a conversation, back-and-forth discussion that narrates stories of making it in the rap game. It all culminates when Young Dopey closes out his tough as nails verse by shouting out Pacman and Young then letting them know they are welcome in Inglewood.

The trio touch on what it means to keep it real, not forgetting your roots and keeping in check with your own ego even after reaching success. It plays into the cross-cultural heritage of each of the rappers, combining stories from urban life across African-American, Asian and Latino neighborhoods.

Syphon’s high production value is impossible to ignore. While minimally composed with only a few core elements, the track oozes vibe and atmosphere, rounded off with an extremely tight mixdown that punches hard on even the tiniest of sound systems. He called upon Ev9thr33 to assist on production and put the finishing touches on this masterpiece of a track.

“This single means a lot to me as it’s my first single as a producer who’s been behind the scenes for a lot of major artists for a long time.” says Syphon.

Stay tuned as Syphon looks to executive produce and release many more singles as an artist featuring your favorite rappers.