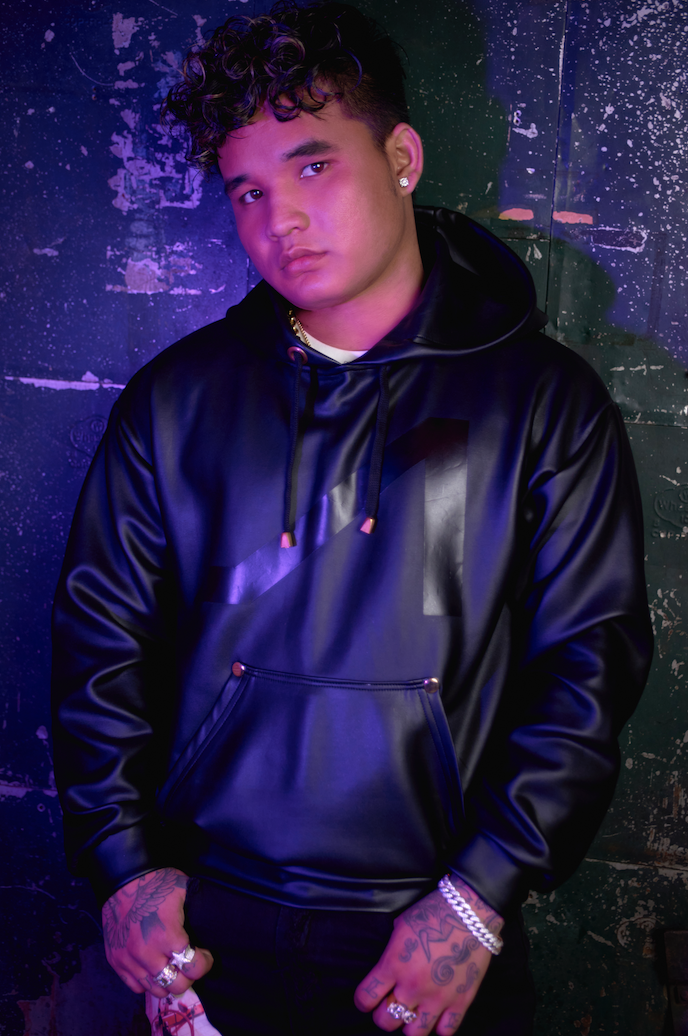 Asian-American San Diego based artist Star2 just released his new visuals for “Run Away”.
Star2’s staggering new “conscious rap” release, documents the crushing social and environmental catastrophes that plague our world and consume us with alarm and despair, including the horrific invasion in Ukraine. Woven in his sobering retrospective is his personal sorrow and anguish growing up without a mother and father in a refugee camp in South East Asia – fleeing genocide and ethnic cleansing of his Ka-ren people by the brutal Burmese Army and Myanmar Military Regime.
The acoustic guitar song begins with a haunting arpeggiating guitar intro that flows into Star2’s almost spoken narrative about the world’s ills and his own hollow suffering, “we should appreciate things we have in life, appreciate your mama and papa…I’m one of those kids who grew up with no parents you see…it’s ok, it’ ok, it’s what I say to myself everyday…but deep down I ain’t feeling ok, I been puttin on a fake smile every day! I been putting on a fake smile.”

The song builds through the first verse and at the chorus carries to the arpeggiating guitar’s actualization, along with haunting, filtered vocals, and a sustained bass synth which support the song’s intense emotional refrain:  “I just wanna go away, just wanna go away, I just wanna run away, got me thinkin, fuck the world … this place ain’t safe.”
Part religious testimony, part philosopher’s insight, Star2 directs us to consider what the rest of the world is facing and how they are suffering – also how people are in misery and anguish because of homelessness, poverty, violence, and war.
“…So mean, so unfair.  People suffer every day, with these hurricanes and viruses. It’s all real shit, killing thousands of people every day. I pray to God to bless this place, to make this world a safer place…”

He delivers the chorus, retreating to an aching pain of wanting to “run away” and “fuck the world.”“Hella shit’s been going on! Killing, shooting, people dying…”
The video was filmed in an LED panel warehouse in Compton, California.  A wet floor reflects the panoramic and mesmerizing images as well as a series of vintage tv sets Star2 views in a 1970s style living room watching in a peace symbol sweatshirt. Included are the Black Lives’ Matter protests, the desperate exodus from the Afghanistan airport, border patrol agents whipping Haitian refugees, tornado carnage in Kentucky, apocalyptic fires in California, homeless encampments, Burmese soldier atrocities, the Russian invasion in Ukraine, and the juxtaposition of the last views of stunning nature – birds, ocean, forests, mountains, what once was…
The visuals are instantly recognizable and bring sadness and even temporary numbness.Star2 reveals, “I wanted to write a song about the state of the world.  I was in the studio recording during most of COVID and in LA during the Black Lives’ Matter protests.  My family fled genocide, has experienced starvation and atrocities.  My neighborhood in San Diego is a crossroads for refugees and the problems of poverty, homelessness, mental illness and addiction.” “The chorus poured out of me – at my lowest point, I literally want to run away – to a place of safety. Most of the suffering in the world is heartbreaking and so unfair!” The end of the video asks everyone to “Pray for peace in our world.” Star2 implores: “pray for my Ka-ren people who continue to experience genocide, for the Ukranian people, and for everyone suffering injustice – pray for peace.”

AFTER REACHING NO.1 WITH “GYALIS,” CAPELLA GREY RECRUITS NIJA FOR NEW SINGLE