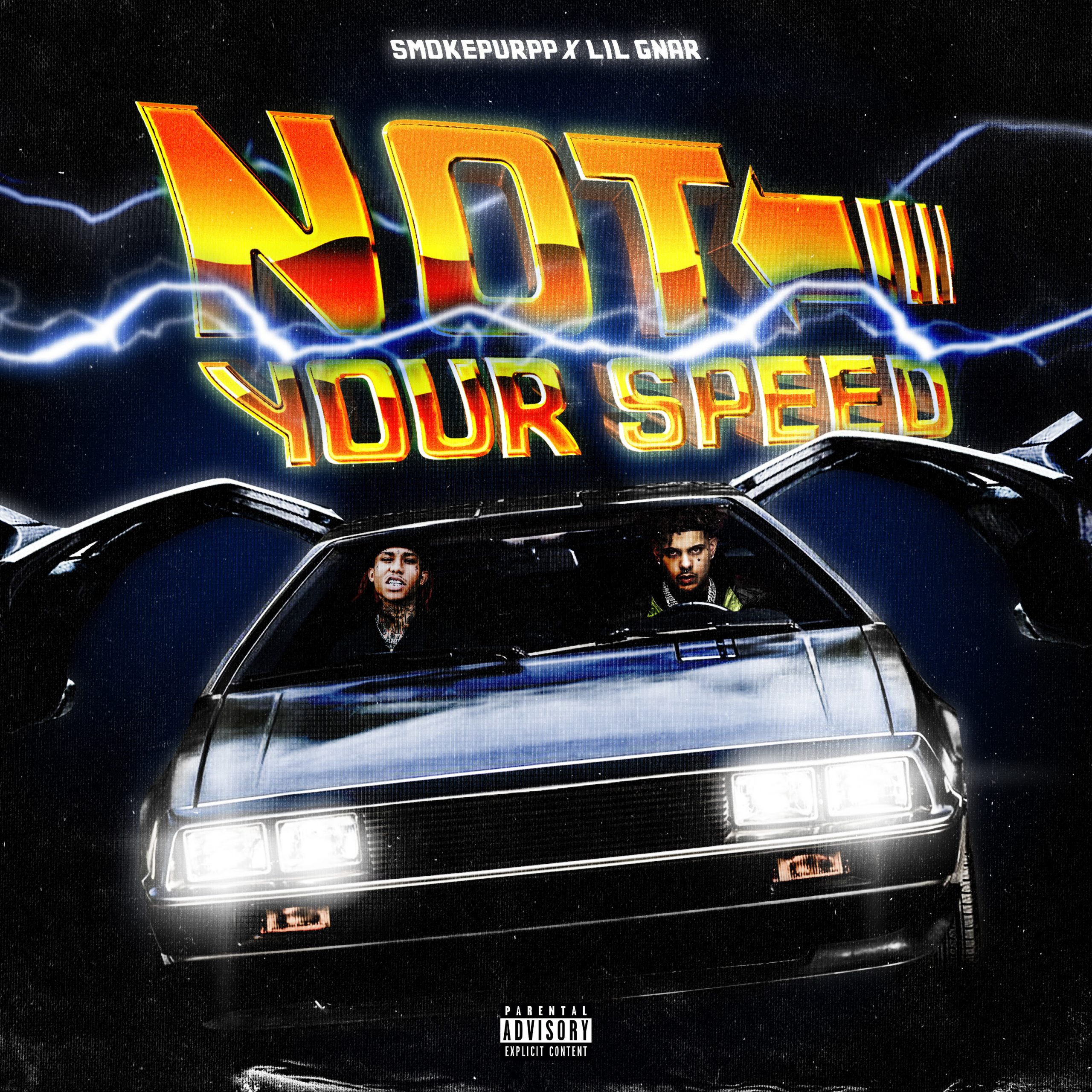 Known for his hard-living lifestyle and boundless charm, Smokepurpp can always be found causing a little mayhem while donning a mischievous smile. This time creating chaos with Lil Gnar, Smokepurpp shares his new video single, “Not Your Speed.” The song finds Purpp spits his mellowed, yet snappy cadences over an entrancing synth-heavy melody, using a new high-pitched delivery that adds intensity to each bar.

The NDOH-directed video sees Smokepurpp and Lil Gnar wreaking havoc on their workplace as fast-food employees, from trashing the kitchen, to choking out their boss, making hundreds rain down in the dining room, and ultimately, bouncing, leaving yet another manager understaffed and overwhelmed. As the duo speed off in a Hellcat, they receive a call from their furious boss, to which they simply respond with, “I’m not your speed, b*tch,” before hanging up. His first release since February’s Psycho (Legally Insane) EP, “Not Your Speed” arrives as Purpp looks forward to Bless Yo Trap 2, the sequel of his 2018 collaborative mixtape with Murda Beatz.

Earlier this year, Smokepurpp channeled the rebellious debauchery of rock star icons like GG Allin and Ozzy Osbourne, using them as inspiration for the bold and experimental Psycho (Legally Insane) EP.The young artist also earned his first Grammy nomination last year for his contribution to “Costa Rica,” the Gold-certified track from Revenge Of The Dreamers III, and racked up over 40 million streams on YouTube and Spotify with his guest spot on KSI‘s “Poppin.”

Stay tuned for much more music from the former XXL Freshman, including Bless Yo Trap 2, the sequel to his 2018 collab tape with Murda Beatz, set to release in 2022.

Watch “Not Your Speed” today!