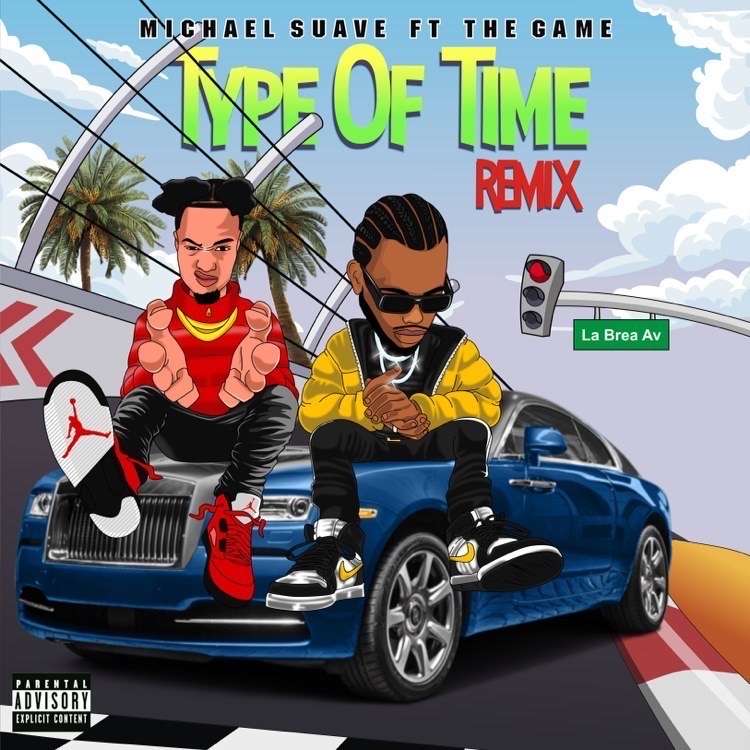 Ahead of his Hit-Boy executive produced album Drillmatic and following an epic Drink Champs interview with N.O.R.E. & DJ EFN in March, The Game (@thegame) joins Minnesota musician Michael Suavé for the West Coast remix to “Type of Time.” Taken off the Twin City native’s 2020 LP No Distractionsand co-produced by B Snow & Brian Sumner, the original version of “Type of Time” was crafted while M.S. attended college. [Photo Credit: Medium Creative Agency]

“I felt like I needed a hit. I wanted to create a track with a catchy hook to show people I’m not only good at recording music, but talented with a pen as well,” says the rising vocalist/producer on what motivated him to create the song.

Born in Minneapolis, Michael Suavé draws inspiration from his less than perfect childhood, which included the death of both his mother and brother as well as a currently incarcerated father. The tragedies helped him produce some of the most relatable songs in his catalogue. Without a stable place to lay his head, Suavé enrolled in a local university staying on campus during the summers. Motivated to develop his talent as an artist, he moved to Los Angeles in 2017 and released a handful of mixtapes including No Distractions and the sequel No Distractions 2.

The multi-talented artist first drew attention through re-works of Rich The Kid‘s “Dead Friends” and Jay Z‘s “Song Cry,” which served as examples of Suavé’s lyricism, versatile flow, and sharp technical ability. He soon followed with original tracks “Lessons,” “Without A Sound” and “Wanna Be Loved.”

Adjust your clock and stream the remix to “Type of Time” on your DSP of choice after the jump!