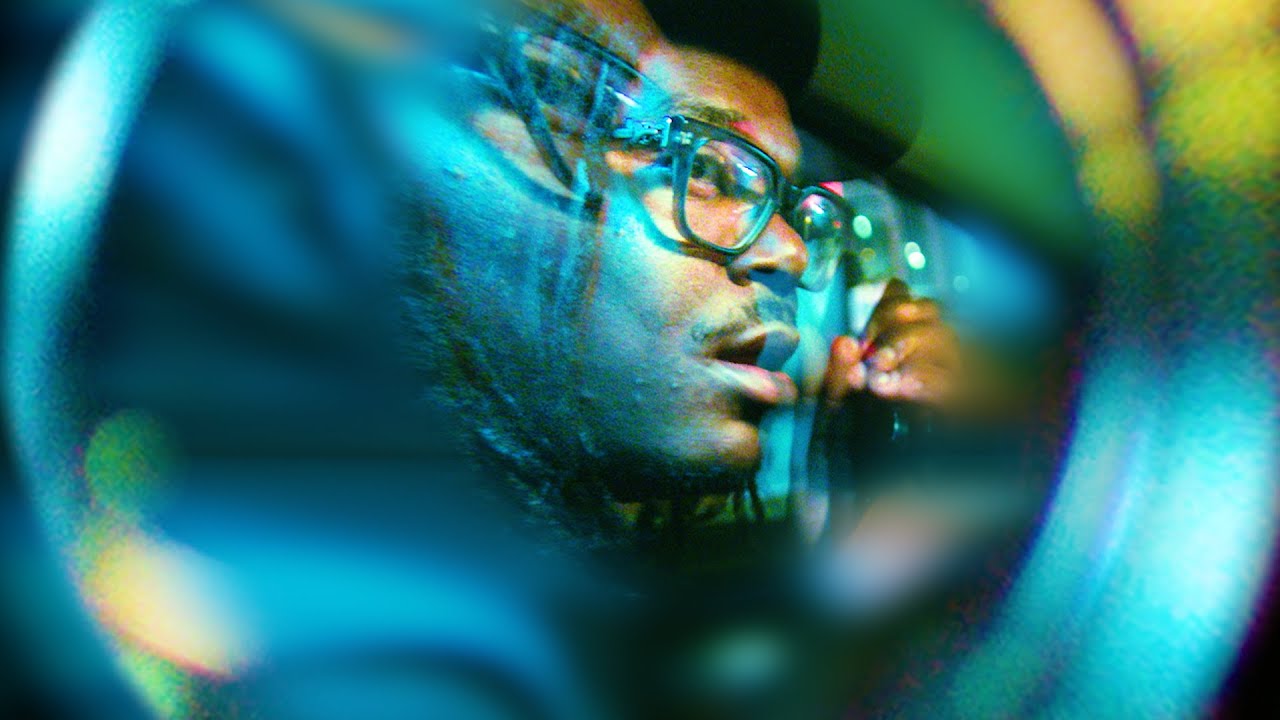 Crafting absorbing and insular rap songs since the age of 16, LUCKI hypnotizes fans with his mantra-like rhymes. Harkening back to a recent past that feels like eons ago, the Chicago native shares the video for “2019.” Produced by F1LTHY of Working On Dying, the song finds LUCKI finding the negative space between carnivalesque synth arpeggios, which provide a bright atmosphere to contrast with LUCKI’s stream-of-consciousness rhymes. The song tells a fragmented story about a relationship, one that started as a fan-artist connection but evolved into something far more complicated. Directed by Lucki’s frequent collaborator Lonewolf, the video conjures a dreamlike atmosphere, as LUCKI and his lady friend attempt to rendezvous on a beach full of empty beds, each searching for the other in vain as day turns to night.

“2019” is a highlight track from WAKE UP LUCKI, the new collaborative project between LUCKI and F1LTHY. Spanning 12 tracks, WAKE UP LUCKI continues the 25-year-old artist’s penchant for existential and starkly honest lyricism, with an added sense of urgency from F1LTHY’s video game-worthy beats. The new tape is home to the recent single, “NEPTUNE V.S INDUSTRY,” a bite-sized banger that examines LUCKI’s role as a “real geek boy in the industry,” and generated over 1.5 million views on its LONEWOLF-directed video, and more recently, “U.G.K.,” also directed by Lonewolf. One of the most accomplished projects in LUCKI’s 8-year career as a singular talent, WAKE UP LUCKI is available everywhere via EMPIRE.

WAKE UP LUCKI is the culmination of an action-packed 2021, packed with music and live performances. In the Spring, LUCKI released Almost Woke, a double-single that hinted at the expansive production styles of WAKE UP LUCKI, home to “LifestyleBrazy” and “No Joke,” with the former racking up over 1 million streams on Spotify. Prior to the two pack, LUCKI dropped the Lyrical Lemonade-approved banger, “Greed” featuring Lil Yachty. Since releasing those three tracks, LUCKI kept busy by actively touring, playing his extensive catalog and major music festivals across the U.S. including Summer Smash in Chicago and Rolling Loud in New York and California. . The artist took a step forward in his career by embarking on two headlining tours alone in 2021, the “Almost There Tour” and the “Wake Up Lucki Tour,” the latter ending with a hometown show in Chicago on November 27

WAKE UP LUCKI disturbed the sleepers, but it marks just the latest step in the artist’s stardom trajectory. Stay tuned for a new album in 2022 that will satisfy longtime fans and newcomers alike. Stay woke.

SAINVIL IS BALANCING THE HUSTLE AND HIS PERSONAL LIFE IN HIS LATEST VISUAL FOR, “TOO TOUGH”