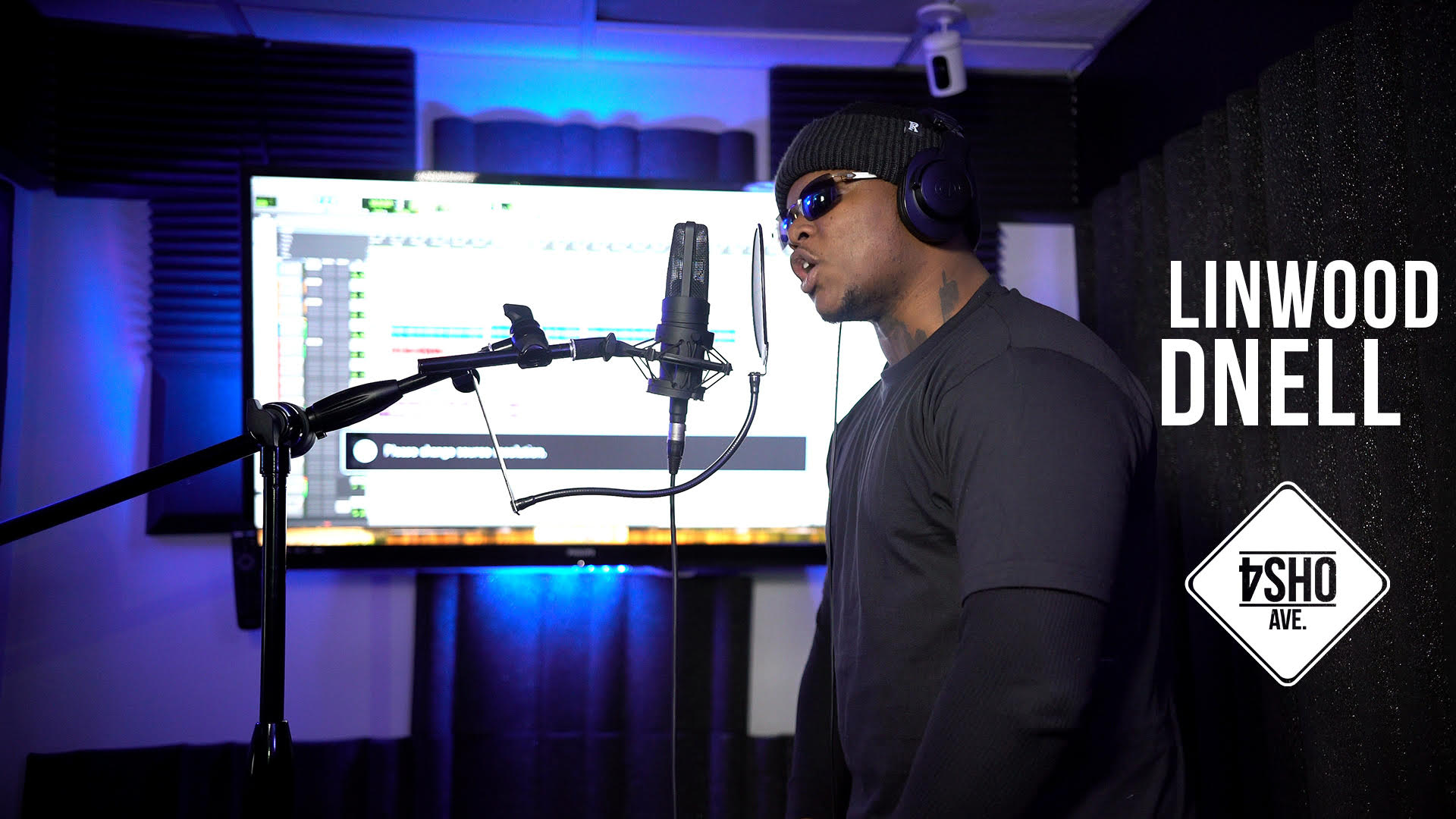 Detroit Rap Artist Dnell is on the rise. As he continues to make his debut to the world, he stepped into the 4746 Studio and spit a fire Ass 4sho Ave Freestyle. Flowing effortlessly with no problem, Dnell came to set the bar! Press Play and check him out!

Related Topics:4sho Ave.
Up Next 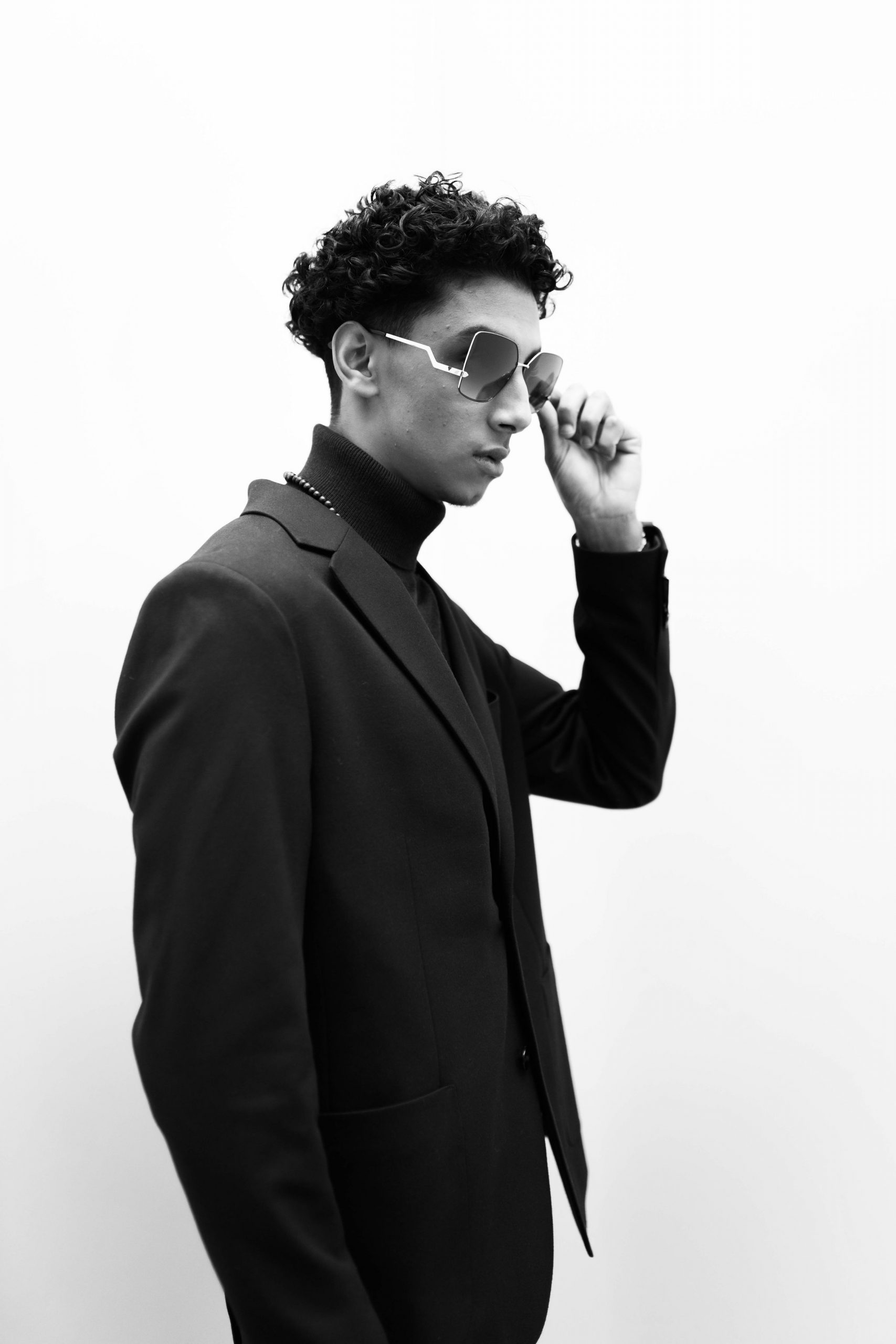 AD22, a promising Toronto rookie, has released his new track “Night Shift,” which is available now.

His single “Night Shift” follows his “Oasis Interlude,” a little uptempo dance song with his easygoing vocals and piercing lyrics that pervade our hearts and brains quickly raising racy thoughts and sensations irrevocably.

His most recent offering, on the other hand, comes with the promise that “this will usher in a new era” for him and his audience, as the Egypt-born artist declares.

“(Night Shift is) an introduction to an AD22 that is more vulnerable and honest.” ‘Night Shift’ is the first of a new series of songs from AD22 in which he speaks up about suppressed previous traumas.

“Night Shift” marks a significant shift in direction for AD22 in terms of context and sound, and listeners are in for a treat when they hear it.

“In terms of instrumentation, lyrical matter, and intensity, ‘Night Shift’ marks the beginning of a new era, “According to AD22. “This single is basically about broadening the variety of listeners, being able to appeal to a wider audience, and gently peeling back the layers to reveal who AD22 is.”

Toronto has it all, from the larger-than-life OVO roster to underground emoters Ramriddlz, producer Stwo, Frank Dukes, juggernaut and multi-platinum producer Boy1da, River Tiber, and frontal mega superstars The Weeknd and Justin Bieber, and their latest star-in-the-making is none other than reserved impassioned record producer and songwriter, AD22.

The music mogul’s razor-like voice cuts through the soothing and euphoric ambient instrumentals as he spews passionate tales about his past, goals, and a slew of love-themed poems strewn across the dark, wintery, and snuggly chords.

So far, he’s been able to put out a catalog of impressive records like “High Fashion,” “Vibe With Me,” “Till We Die,” and “Down For You,” which have helped him build a fan base, and as grateful as he is, his eyes are set on the future as he aspires to be as big as his idols like Jay Z, Nipsey Hussle, Drake, and UK’s Santan Dave, with whom he’s met

“I’m an avid listener,” he says. “I enjoy listening to music from a lot of different genres.”

“I’ve found that listening to genres outside of the context of the music I make is both stimulating and a good way to keep my individuality,” she says “He keeps going. “Jay Z, Nipsey Hussle, Drake, and Santan Dave, who I had the pleasure of meeting and who offered me with inspiring advice, were some of my significant influences that motivated me to pursue music.”

Look out for his “Night Shift” single, which will further cement his place among the greats, despite the fact that he is still in the early phases of his highly anticipated career. The song will take us on an endless journey of what it means to be “on the grind.”

“It’s about capturing the energy of what a typical night out for me is like. It is a combination of different stages throughout my life, reflecting on times where I would work long hours throughout the night, making records, making money. Through the mellow, calm sound that encompasses me as an artist, I created a record that people who always strive to achieve more can relate to. In simple terms, ‘Night Shift’ is inspired by the grind.”

Listen to “Night Shift,” below. 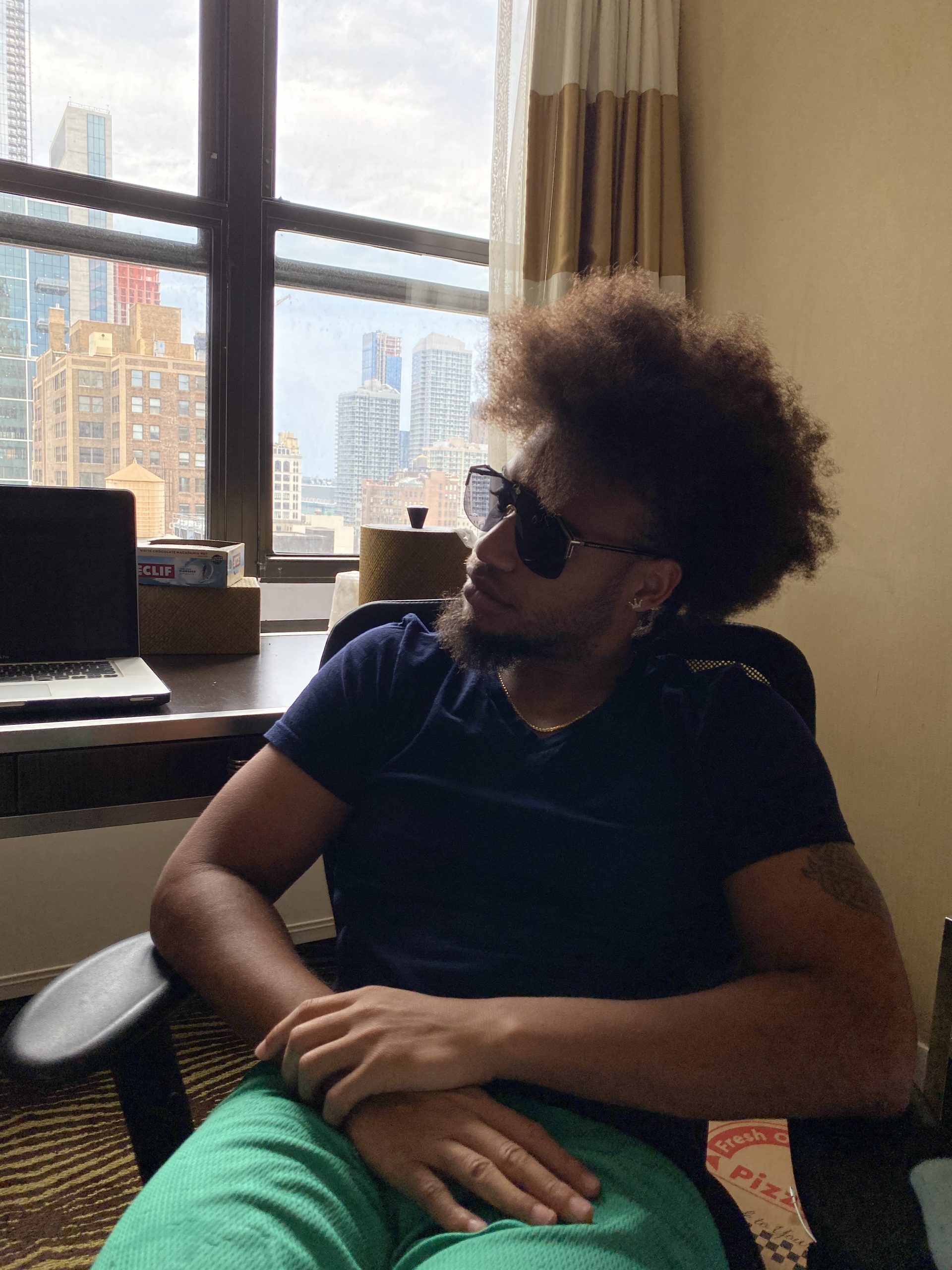 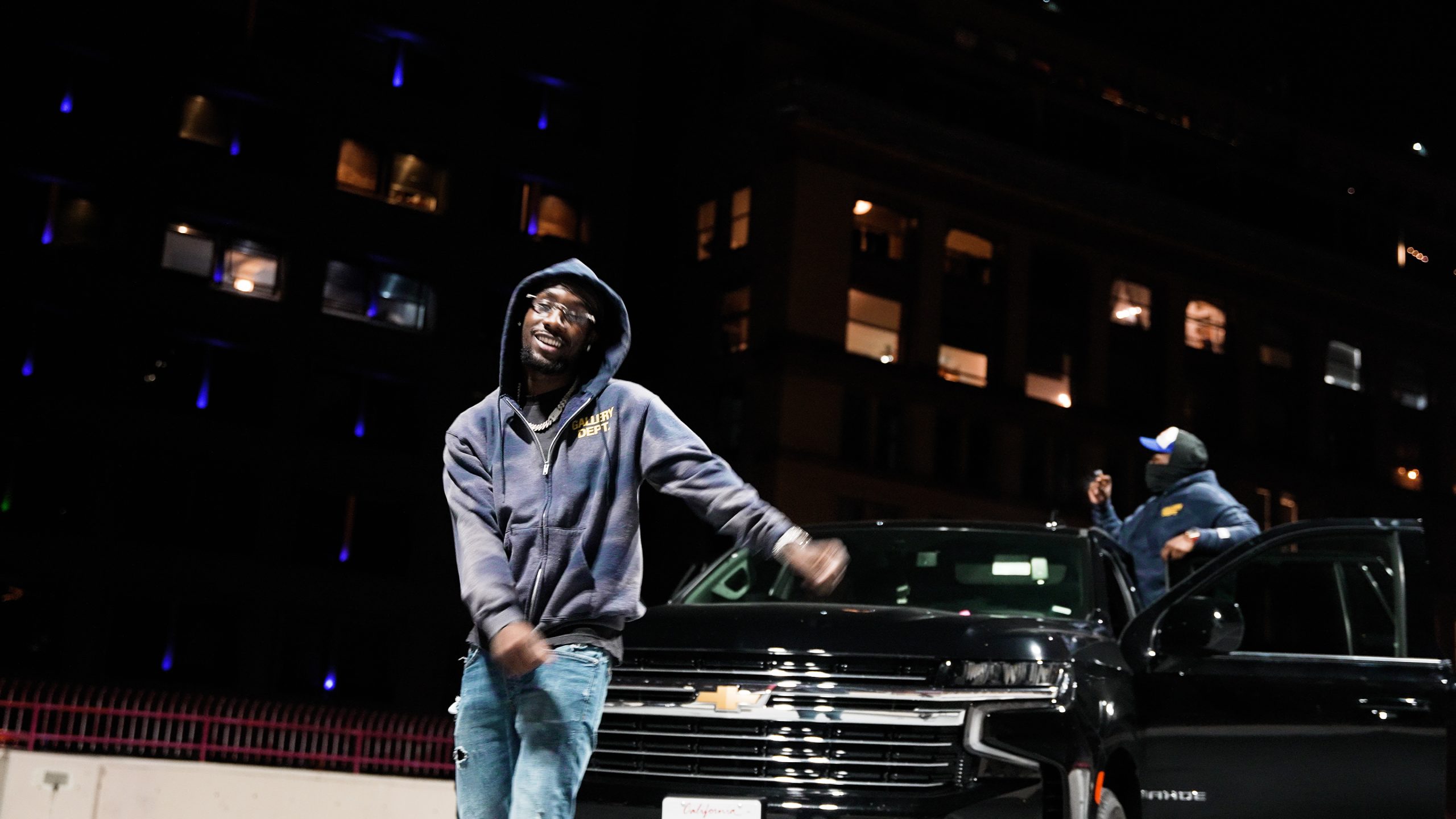 ZayZayy is bringing the heat this summer! Steadily providing music that’s unique, creative, and always tells a story, ZayZayy has been climbing up the ranks and delivering nothing but hits for his audiences. He’s an up-and-coming artist who is eagerly anticipating his turn in the spotlight. He recently released his new track “Walk Wit It,” which displays his abilities on a whole new level and solidifies him as someone to keep an eye on.

The song is catchy and ultimately relates to a real-life experience that ZayZayy had.

“I would describe my sound as ‘reality’ in a sense to anyone who may not be familiar,” he said. “It’s a sound a lot of people tend to relate to.”

With this new tune, the independent artist, who hails from Liberia, Africa, shows the world what he’s capable of. It’s a profound, introspective track that relates to ZayZayy’s recent experience.

“The song was inspired by a break-in at my apartment while I was out of town in NY and translated into me writing a song about ‘when doing something good, the hate is going to come – gotta embrace it!’” ZayZayy explained in a recent interview.

ZayZayy’s resolve to push even harder was fueled by the song, which he wrote after his flat was broken into. According to him, it was an awful scenario that finally inspired him to write “Walk Wit It” and accept the truth that success is accompanied by hatred. “Walk Wit It” is a nice single that showcases ZayZayy’s narrative and lyrical talents. It features a nice chorus and, in the end, a relaxed atmosphere with some singing and melodic rapping.

In terms of who ZayZayy is as an artist, he claims he is influenced by Davido, Drake, and Young Thug. It’s no surprise that his music has been regarded as a distinct “realistic” sound with a component that everybody can identify with.

“Music initially was used as an outlet to tell my story, like a form of therapy for many years,” ZayZayy said. “I started taking music more seriously in 2019 once I became managed by Round Group Entertainment.”

ZayZayy says he’s had lots of good moments in his music career now that he’s taken his music profession seriously. ZayZayy is just getting started, from working with other artists like Babyface Ray and Lil Dude to utilizing music as a creative avenue to express himself.

“My most proud moment is honestly when my mother accepted my music as a career and having her support,” he said. “Like I said, coming from a third world country, music is not seen as a career.”

ZayZayy is demonstrating that he’s not someone to mess with with songs like “Walk Wit It,” as well as a repertoire of other tracks like “We Not Cool” and his new EP “Just Because.”

When asked what he wants people to take away from his songs, he said:

“I hope my music is receptive and really something people can connect and relate to.”