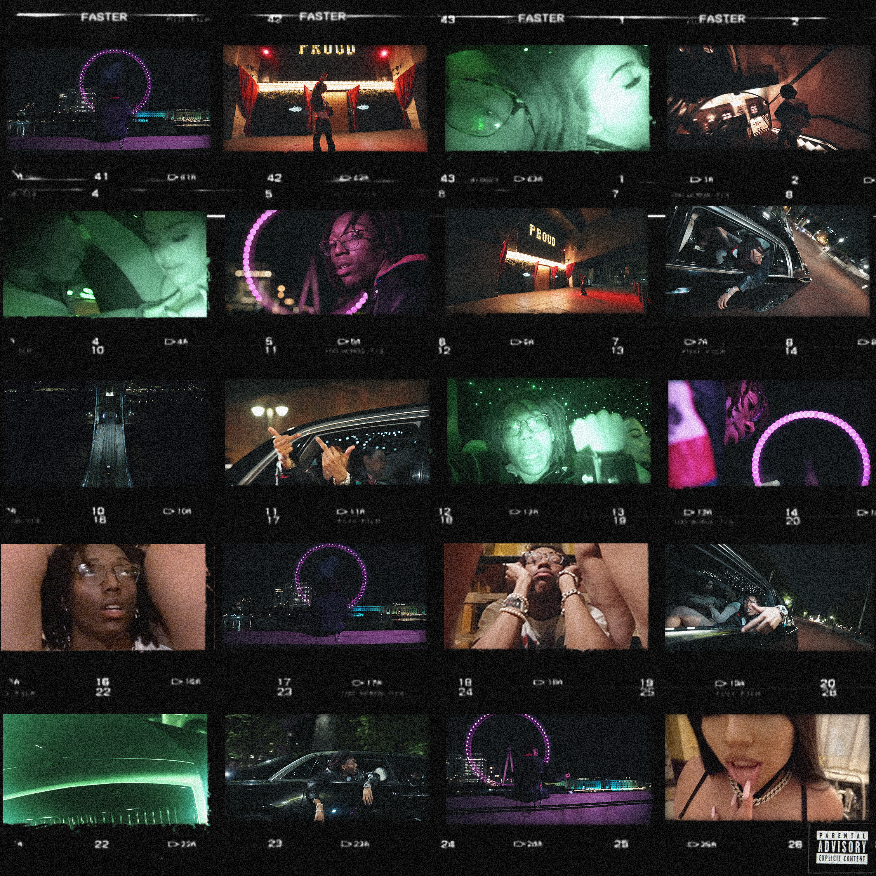 The skittering beat gives the track a distinct jolt as Tecca tears through verses with undeniable charisma. Between bold and blunt bars, he carries a catchy chorus, “You moving faster.” In the accompanying visual, he lives the high life surrounded by models in the back of a luxury car and in an opulent hotel room. He surveys the night skyline alone as he raps in the midst of penthouse debauchery.

It sets the stage for more music to come from Tecca very soon.

Tecca dominated the US on his “Tecca Loves You” tourand he will continue to take stages by storm with his performance at Rolling Loud New York on Saturday, September 24 and on his tourthat continues in Europe starting in Zürich Switzerland on October 13 and ending on November 7 in Lisbon, Portugal. More information on the tour is available HERE.

Tecca’s latest album, We Love You Tecca 2, notably marked his third Top 10 debut on the Billboard Top 200. It also bowed at #6 on the Billboard Top R&B/Hip-Hop Albums Chart, making for his third Top 10 debut on the respective chart as well. Meanwhile, “Never Left” and “Repeat It” vaulted on to the Billboard Hot R&B/Hip-Hop Songs Top 30 and has already tallied over 800 million global streams. Right out of the gate, We Love You Tecca 2 received widespread acclaim. HYPEBEAST cited among “the 10 best projects” of the week. HotNewHipHop proclaimed, “Lil Tecca has already proven to be a solid hitmaker in the industry, and with each new album, he impresses his fans with his summer vibes, catchy melodies, and solid hooks.” HipHopDX highlighted his “infectious jubilance,” and wrote, “Tecca’s bubbling raps have always straddled the line between Hip Hop and pop, finding catchy melodies throughout.” REVOLT declared the album “has more hits than a great number of artists twice his age.”

The sequel carried on the legacy of its predecessor, We Love You Tecca. In 2019, the original mixtape bowed at #4 on the Billboard Top 200, went platinum, and amassed 6.6 billion-plus streams.

Posting up over 8 billion streams and claiming multiple platinum certifications, Lil Tecca has quietly cemented himself as one of rap’s most vital rising superstars. In 2020, his full-length debut album, Virgo World, bowed in the Top 10 of the Billboard Top 200 and yielded two Hot 100 entries—namely “Dolly” with Lil Uzi Vert and “When You Down” feat. Lil Durk with Polo G. HotNewHipHop praised it as “a great starting point for the 18-year-old.” Tecca first exploded with his platinum-certified mixtape, We Love You Tecca, and his breakout quadruple-platinum single “Ransom” in 2019. He reeled in acclaim from New York Times, Billboard, HYPEBEAST, Complex, and many others in addition to selling out shows on his first headline run, the We Love You Tecca World Tour. He launches into his next chapter with more new music coming this year.