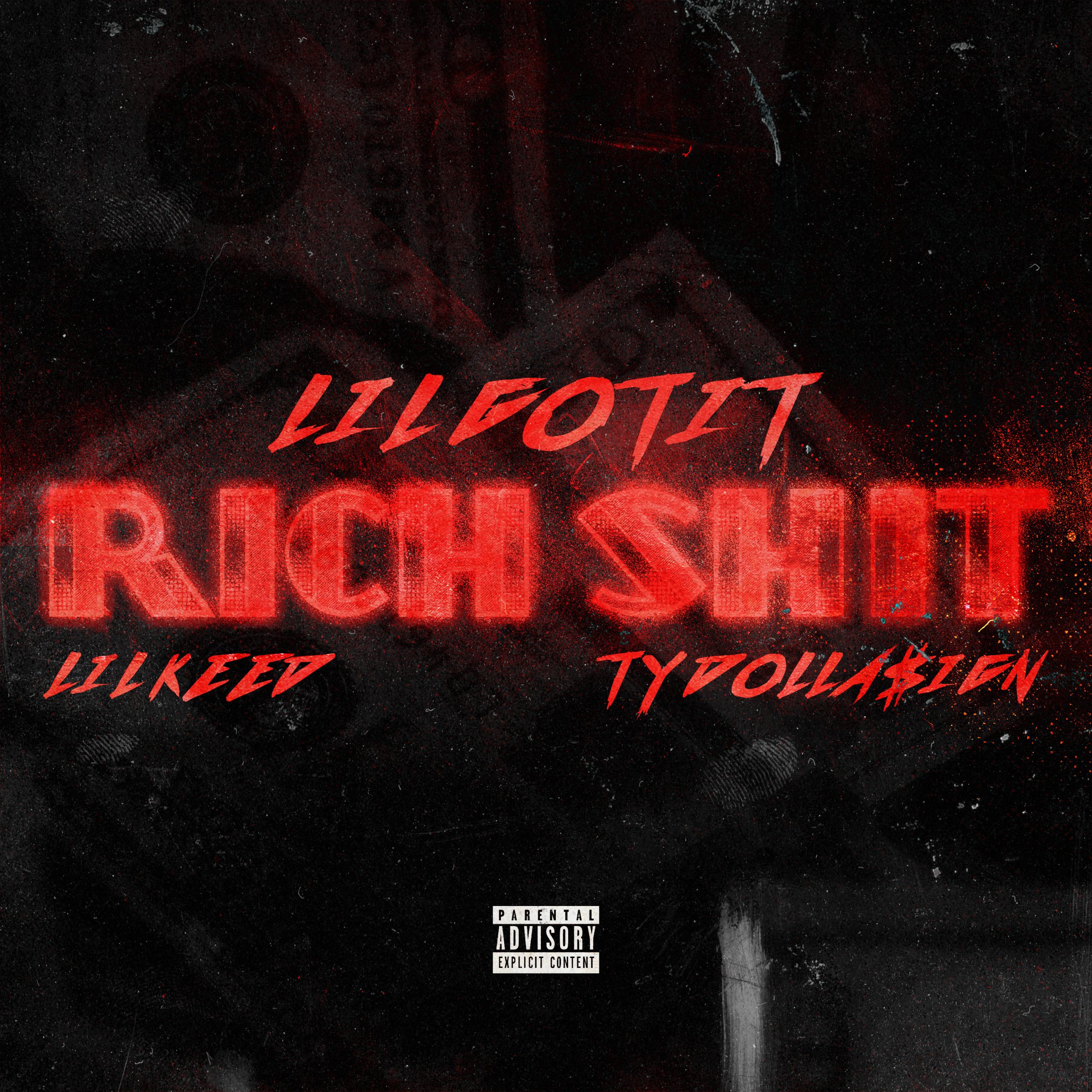 ATL’s Lil Gotit has overcome comparisons and expectations, flooding his closet with so much designer footwear along the way that he never worried about filling the shoes of anyone else. With ten toes down and his money on his mind, Lil Gotit returns to share “Rich Sh*t,” his new single and music video featuring Ty Dolla $ign and Lil Keed.

A bonafide trap slow jam, the track strikes a perfect balance between the brothers’ keen street sensibilities and the tenderness of Ty Dolla’s velveteen vocals. Drawing on topics from the love of the game to the lust of a lover, Gotit croons, “Came up on noodles and Hamburger Helper/Took her on the move, she in love with a stepper/Baby girl hot, she done Peter piped a pepper.”

In the video, directed by Bryant, Gotit draws a line between the luxurious life he lives and the dirty work done on his behalf. Keed and Gotit plan a Mission Impossible-style heist, enlisting masked assassins to steal a mysterious golden apple. Meanwhile, Gotit kicks it in a glamorous club with Ty Dolla $ign, pouring cranberry cocktails and messing around in the virtual realm with his white-on-white Oculus.

“Rich Sh*t” is the latest single from The Cheater, Gotit’s next project, which he announced last week. The Cheater finds the 22-year-old artist in complete control of his vocal instrument–he’sable to slither his way into unexpected rhythmic pockets and switch on a dime between emotive melodies and percussive rhymes. Home to recent offerings “She Know It” and “Take Care” ft. Millie Go Lightly & Toosii, The Cheater introduces the mischievous rapper’s latest persona–following in the footsteps of previous projects that presented him as a “Hood Baby” or “Top Chef” or “Superstar Creature.” Proudly polyamorous and persistently pushin’ P, The Cheater is happy to entertain, but never to be trusted.

With multiple appearances from Gotit’s brother Lil Keed, as well as YSL affiliates Yak Gotti and Millie Go Lightly and rapping friends Lil Pj and B Slime, the new project is a family affair. The young Alamo Records signee establishes himself as a leader of the rising wave of Atlanta trappers who bring a unique twist to the region’s dominant sound–a wave that includes project guests like CEO Trayle and Enchanting. Beyond Atlanta, the tape welcomes memorable guest spots from Ty Dolla $ign and Memphis risers BIG30 and Lil Double 0.

The Cheater arrives on May 4th via Alamo Records.