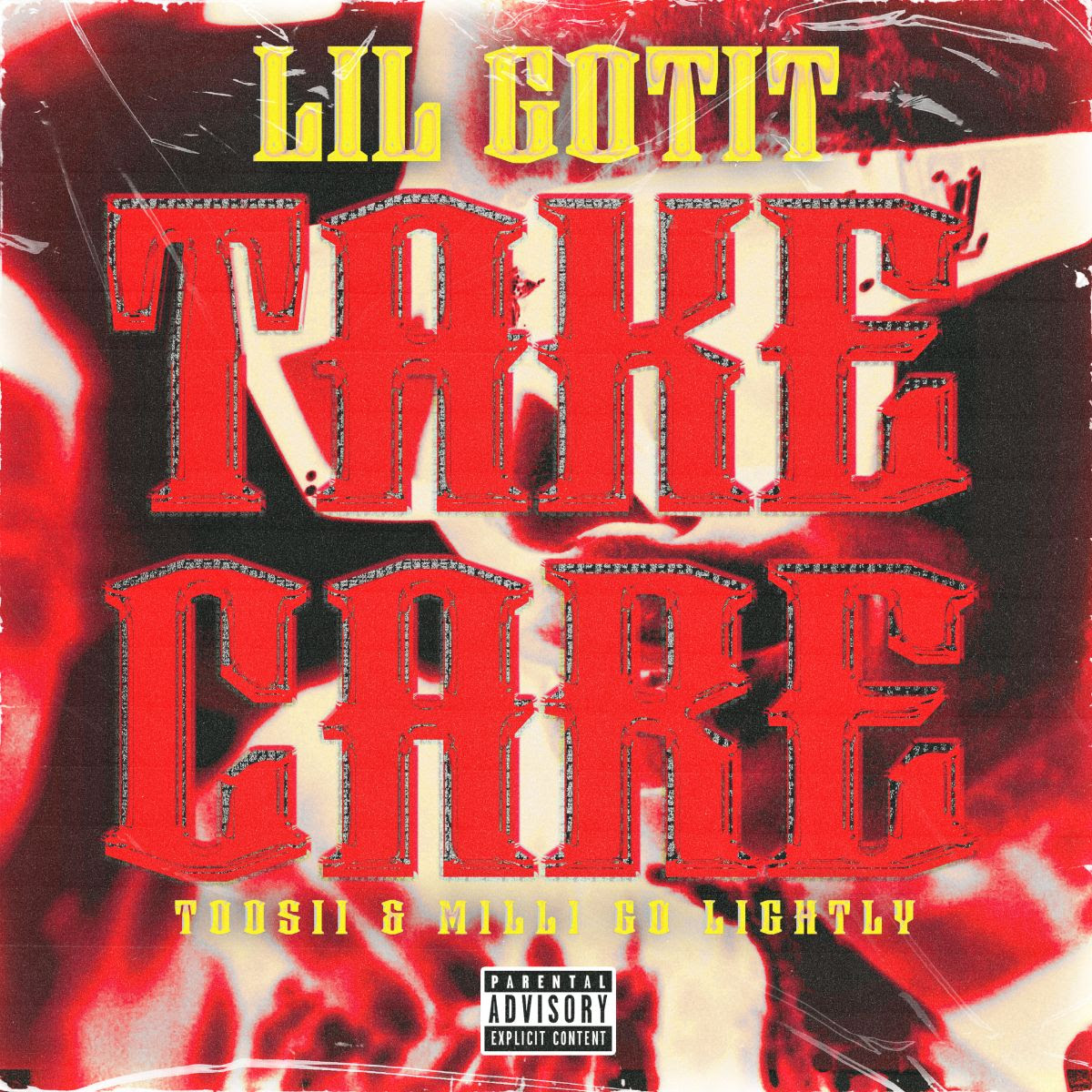 Since turning up the heat with Top Chef Gotit this past summer, Atlanta’s one and only “real hood baby” intends to feed the streets as the weather warms up in 2022. Flying high in the sky with his money on his mind, Lil Gotit returns to share “Take Care,” his new video single featuring Toosii and Millie Go Lightly. “Take Care” is the latest dispatch from The Cheater, Gotit’s next album, out this spring via Alamo Records.

The BeDifferent Media-directed video, presented by No More Heroes, sees Gotit and company adorned in black-and-white ensembles as they flex in front of a pair of Hellcats, pop bottles on a PJ, and sport more ice than an igloo. While Millie Go Lightly provides airy, ethereal vocals atop the track’s effervescent instrumental, Toosii and Gotit reflect on their paths to stardom compared to their competitors, as Gotit raps, “I got rich off taking care of the guys/You got rich off of telling these lies.”

“Take Care” follows in the wake of Gotit’s recent video single, “Walk Down,” featuring CEO Trayle, Biggz, and Lil Double 0, his first two releases since 2021’s Top Chef Gotit. The Gunna-executive produced Top Chef Gotit marked Gotit’s ascension into the ranks of Atlanta’s trap elite, earning the official co-sign from his slimes like Young Thug. As Gotit plots his next move, he looks to cement his legacy within ATL’s storied tradition and establish himself as the leader of a cresting wave of innovative trap stars.

Stay tuned for much more from Lil Gotit in the near future.