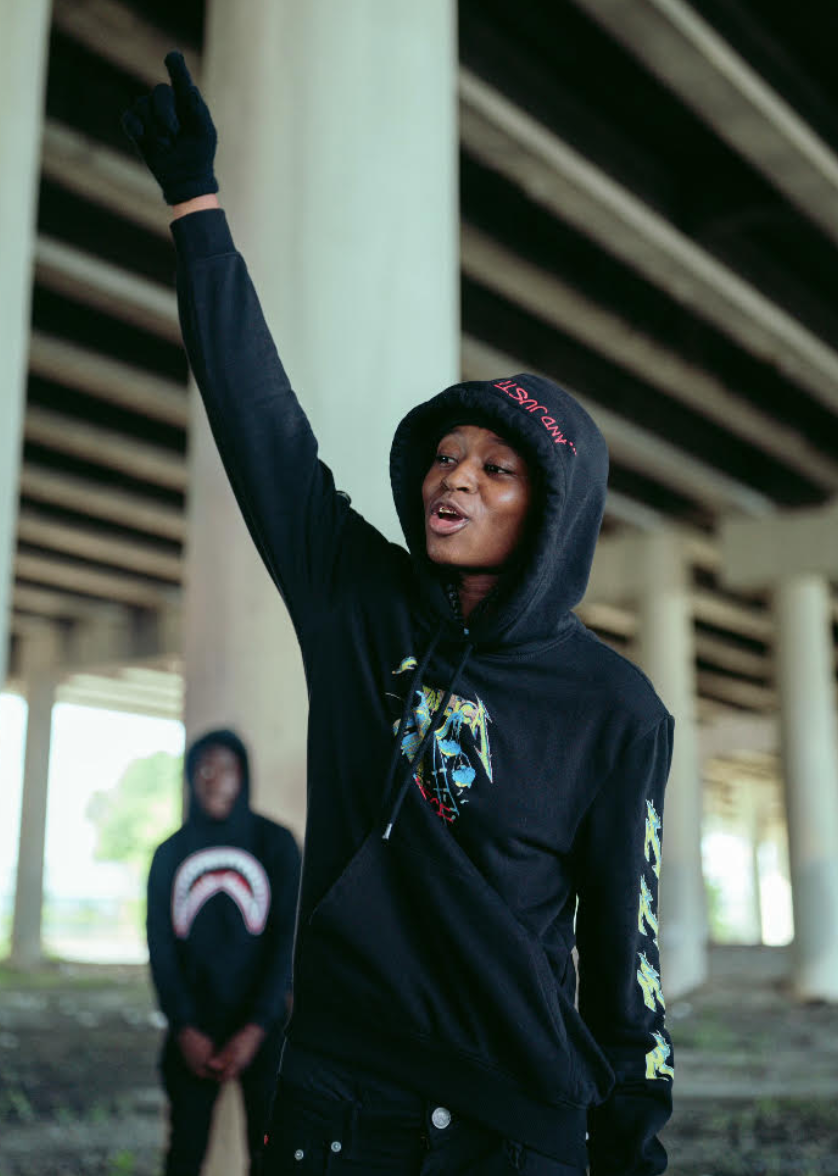 With Miami on her back, you can’t help but to mention the cosign fromKanye West. Born in Miami and raised by the streets of Lil Haiti without a mother or father – DSwervo has adopted an impressive work ethic and undeniable passion for music. Her music, has caught the attention of industry vets. However,  at age 13, DSwervo was discovered by her teacher Mrs. Walker and husband Sunny D. While much of Miami’s female rap scene is centered around sex, money and twerking – DSwervo is offering a new sound and different topics of discussion. With all of the positive feedback, DSwervo drops her anticipated single and video, “Hmmm.” The single was produced by Padrino and the video was directed by Third World Don.

“This whole journey has been like something out of a movie .. I mean just a year ago I didn’t know I could really rap, then I met the Fresh CEO of Timeless, he fell in love with my story and introduced me to Yoko and Padrino, together we produced about 10 songs including my single “hmmm”. Since then I’ve been able to self medicate through my music, look at God. (Giggles)” – DSwervo

Swervo’s mic check to Fantasia’s “When I See You” caught the attention of DJ Akadmiks, Meek Mill, Cool & Dre, G Herbo and more. The unscripted video shot in her

bedroom garnered more than 100 million views on social media. Now, we introduce the world to her official catalog with the first single, Hmmm. Please review and share.