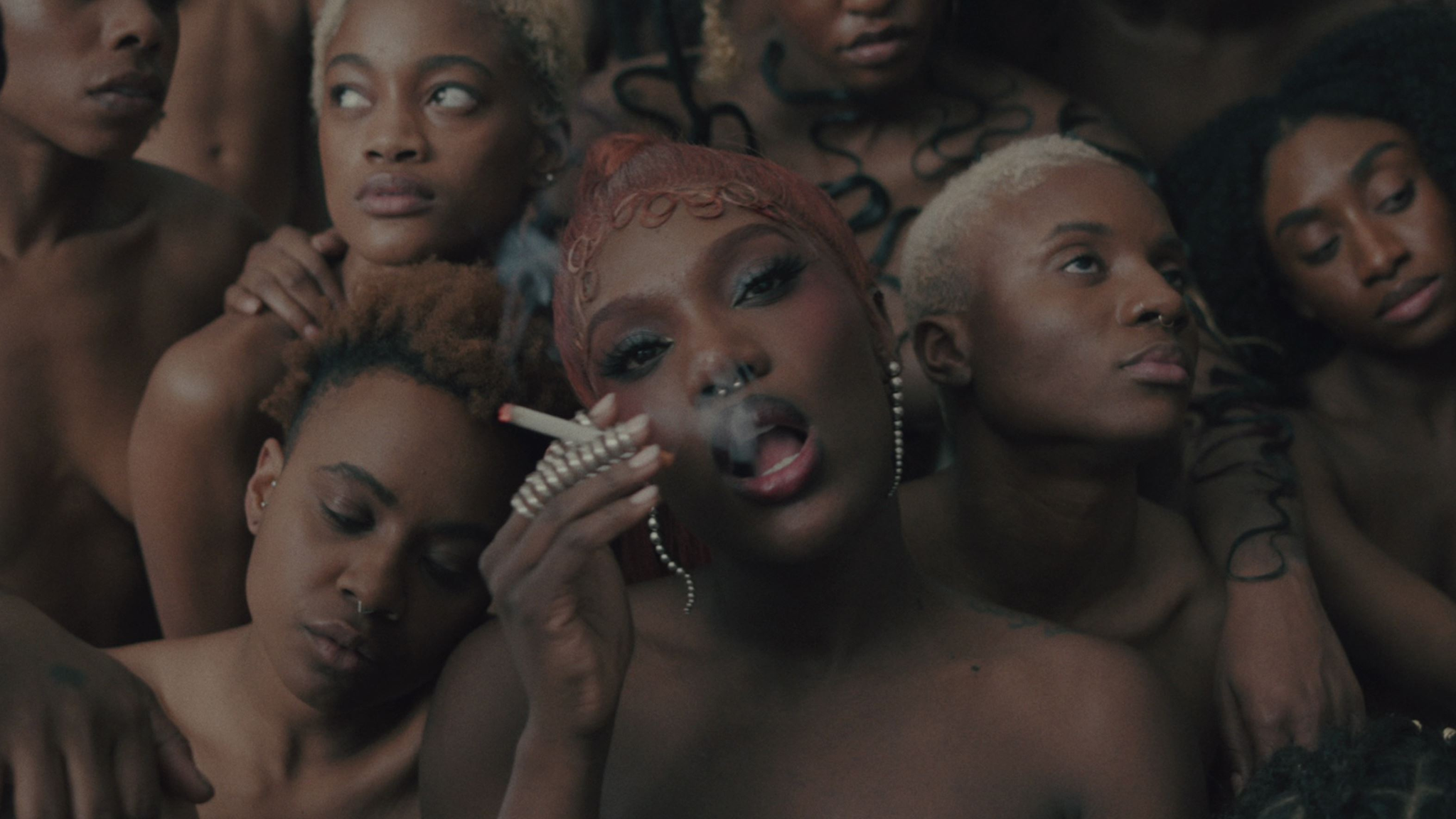 Top Dawg Entertainment (TDE) and Capitol Records’ new artist Doechii drops the song and video for “Crazy” today. The record and the visual challenge the stigmatized imagery of the female form, with both the director, C. Prinz, and Doechii working extensively over the last four months developing the narrative of this film: intentionally and meticulously crafting each scene and frame to tell a story derived from both of their personal and shared experiences.

“Crazy is about un-contained power, creativity and confidence. People call you crazy when they fear you or they don’t understand you,” says Doechii. “So when I use it in the song I’m reflecting that energy back on them to show them themselves.”

On “Crazy” the Tampa rapper, singer, dancer, fashionista, and genre-disruptor attacks with aggressive flexes, colorful cadences and shouted raps while conveying a range of intense emotions. The vicious and surreal music video matches the song’s controlled chaos. Doechii, and likewise nude women, wield guns, dance in dynamic choreography and engage in destruction. The hybrid of hip-hop and broken beat finds Doechii raging as she attempts to empower the exponential capacity of women in every form of their being.

Video director C. Prinz states the film is a visual metaphor for “the hardships women go through in their ascension to power” that asks viewers “to see the female form not in moments of sexuality but instead for what we all go through, what we survive through and what we transcend.”

A testament to the breadth of Doechii’s sound and talents, “Crazy” stands in stark contrast to previous TDE/Capitol single, “Persuasive” a suave ode to weed and late-night partying.

Both singles follow the news of TDE and Capitol’s partnership with Doechii. She’s dominated the internet since the release of her unwaveringly original EPs— 2020’s Oh the Places You’ll Go and 2021’s BRA-LESS—and the single “Yucky Blucky Fruitcake,” which has generated over 33 million streams on Spotify alone. In addition to featuring on Isaiah Rashad’s “Wat U Sed,” she was named one of Spotify’s “Most Necessary Artists to Watch in 2022” and tipped as an Artist To Watch by Complex, XXL, Rolling Stone, Pigeons & Planes, and Hiphopdx.