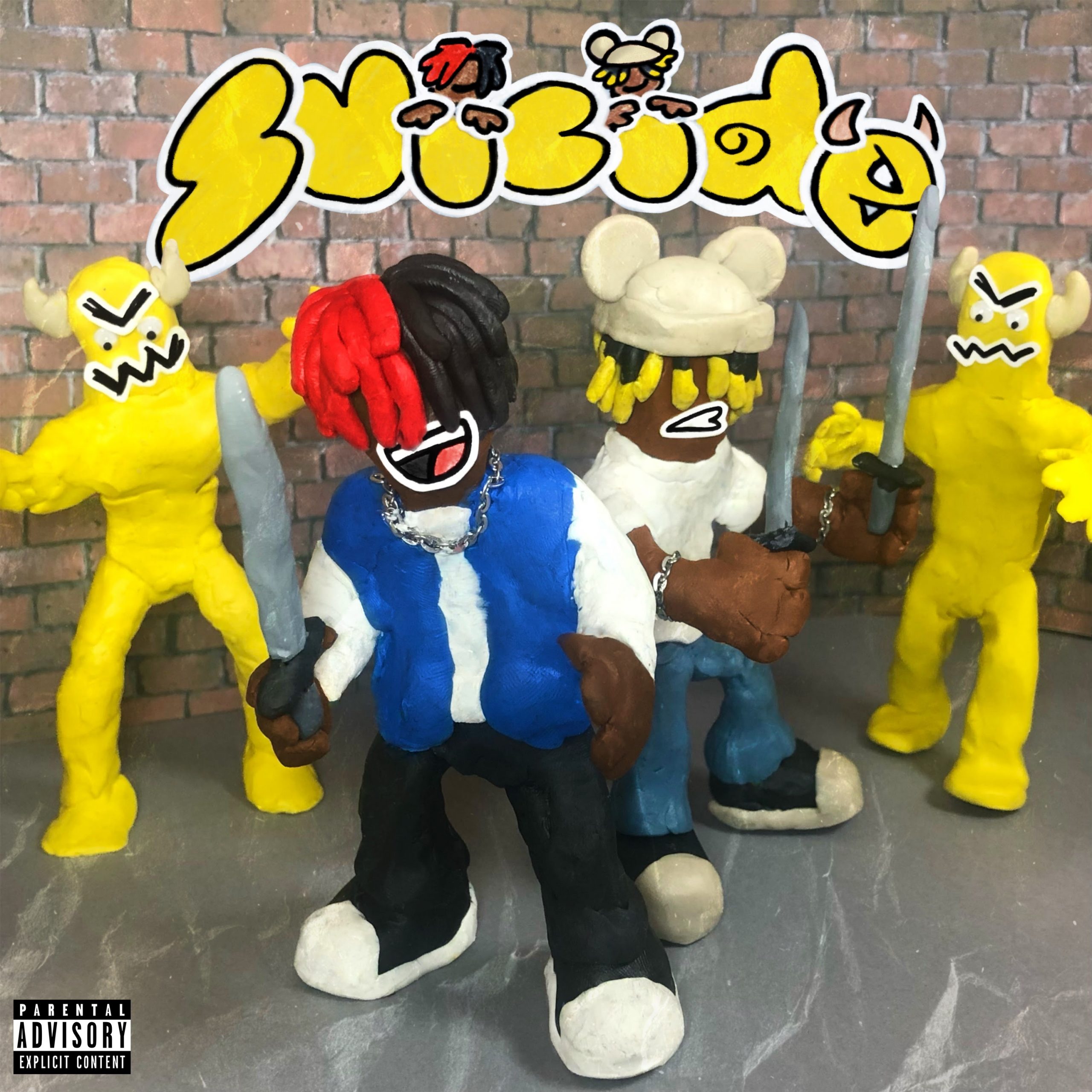 Fighting to maintain balance through his tense, hectic life of a star on the rise, DC the Don is a hero for all dreamers. Enlisting the help of Indiana’s own midwxst as he embarks on another noble quest, DC shares his new video single, “SUICIDE.” Featuring airy, acoustic guitar-heavy hyperpop production courtesy of Trademark, 637Rxss, DxnnyPhxntom, and Gateway, the track’s bubbly atmosphere sets the stage for DC’s arrival as a romantic redeemer: “Girl, it feel like I’ve been waiting on my whole life to be your lifeline.”

Directed by NicPencils, the video for “SUICIDE” paints DC and midwxst as the greatest claymation duo since Wallace and Gromit as they set out to save the day. When his romantic partner gets kidnapped by yellow monsters and taken to their “secret base,” DC tracks her down and scopes the scene before storming in to free his beloved. As he begins to fight off the horned behemoths, it’s clear that DC is outnumbered, until midwxst bursts through the window to fight them off alongside him. Soon, their foes are vanquished and DC helps his beloved escape to safety, at least for now. Before the video’s close, an MCU-style post-credit scene teases an eye-patched red menace vows to capture DC himself, saying, “It will be his funeral,” a reference to DC’s upcoming third studio album.

The new video single arrives as DC The Don prepares to release his next album FUNERAL this fall, and as he plans to embark on the “FUNERAL Tour“ later this month. Kicking off in late October, the “FUNERAL Tour” starts in Chicago, continues with a hometown show in Milwaukee on October 29th, and makes stops in Atlanta, Los Angeles, Miami, and more before concluding in Houston in mid-December.

“SUICIDE” follows in the wake of “ZOMBIELAND” and “HATE IT OR LOVE IT” as DC’s first new singles since releasing My Own Worst Enemy, his second studio album, in February. The project, which has racked up over 53 million streams on all platforms to date, tells a loose narrative about DC’s inner conflict, which manifests as a battle between two distinct personalities: the wholesome RAG3 KIDD and the demonic DONNY. Blending elements of rap, pop-punk, hyperpop, and more, MOW3 percolates with the energy of a young artist testing the limits of what he’s capable of accomplishing–and having fun while doing it.

Stay tuned for more from the young artist, including his upcoming tour and third album FUNERAL, as his star continues to rise!