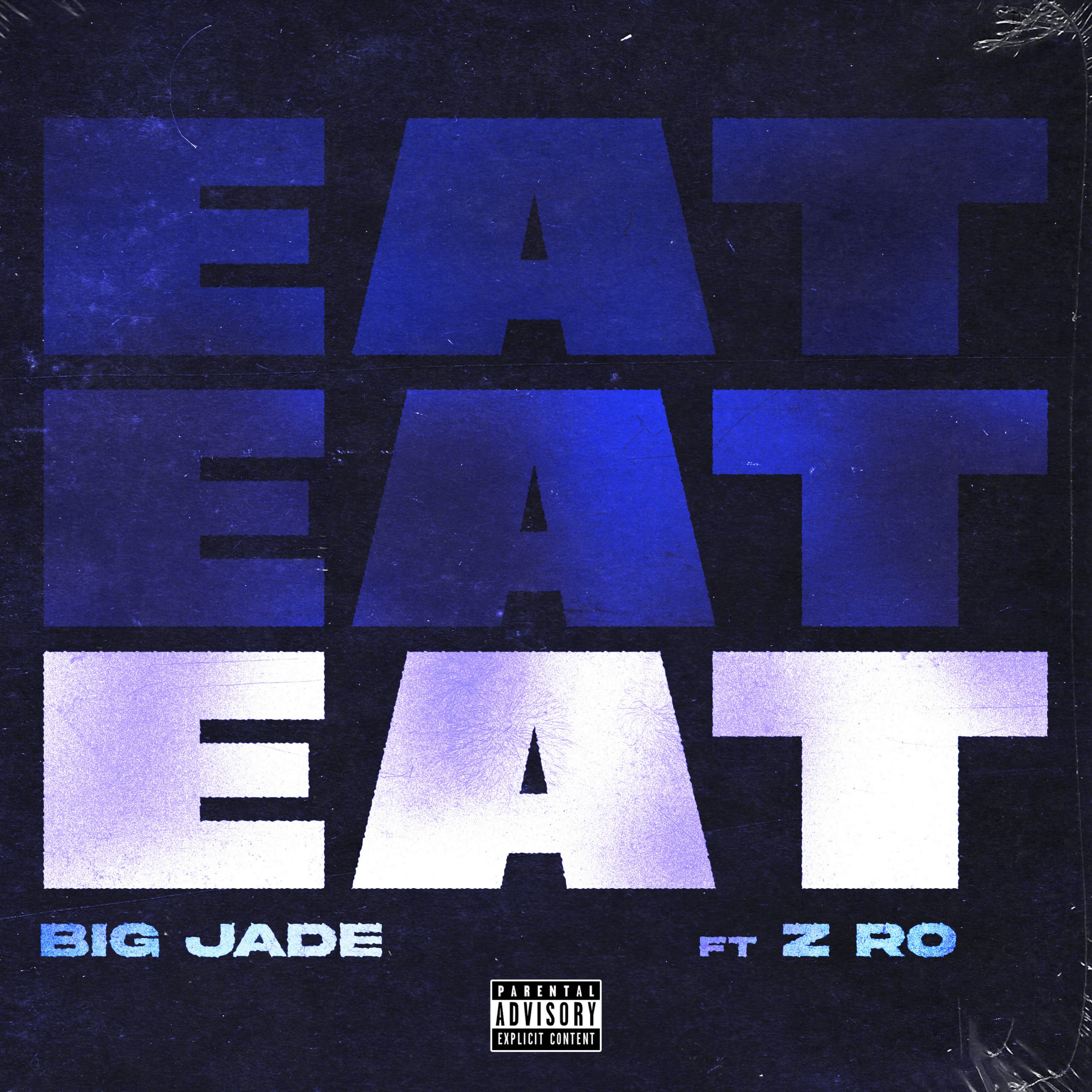 Emerging from a small city to become one of Texas’s most promising rappers, Big Jade is driven by her insatiable hunger for success. Sick of starving, Jade prepares to chow down on her opposition, sharing “Eat,” her expansive new video single. The new release unites the Beaumont, TX native with Z-Ro, a legend of her home state’s rap scene, who lends his golden pipes and veteran presence to the proceedings.

Sliding into the pocket of a lush instrumental, complete with cinematic strings, dramatic pianos, and thunderous Texas trap percussion, Big Jade kicks things off with a brash and confident verse, assuring that her status in the streets is secure, with or without music: “We runnin’ out of options, stay the f*ck up out that gossip/Cause they knowin’ how I’m comin’ if we run into a problem.” On his hook and second verse, Z-Ro demonstrates why he’s one of the Lone Star state’s best emcees, combining sonorous melody with evidence that his wild-eyed intensity hasn’t abated with age: “I ain’t gon’ be the old n***a talkin’ bout what he didn’t do/Imma be the old n**** talkin’ ‘let’s hit a lick or two’.” In the video, which releases at 5pm ET, Jade and Z-Ro host an H-Town gathering in a city park, complete with customized cars with swangers and neon-lit messages in their popped trunks (echoing Jade’s video for her 2021 standout “Dem Girlz”).

“Eat” is Big Jade’s first new single of 2022, arriving after a red-hot 2021 that established her as one of the most promising emcees in the South. Jade’s breakout year started with the release of her debut album Pressure, available everywhere via Alamo Records. Acclaimed by Stereogum, who called the album “grimy and guttural, with a punch-you-in-the-jaw directness and a deep snarl,” and Pitchfork, who named the album one of the best overlooked albums of Spring 2021, Pressure rolls out the red carpet for a series of guests from the Lone Star State, including, Erica Banks, Queendom Come, and OMB Bloodbath, a group of Houston and Dallas rappers giving the co-sign to the talented Beaumont native. The rapper’s standout 2021 continued with Jade Wins, a Mortal Kombat-referencing mixtape that features fiery freestyles atop iconic rap beats, proving that the Pride of Beaumont, TX can eat your favorite rapper for breakfast. Jade recently earned props from peers like Rico Nasty and Muni Long for her fiery freestyle over the beat from “Forgot About Dre” on The Come Up Show Live with DJ Cosmic Kev.

With her debut album under her belt and much higher to climb, Big Jade has no plans to rest on her laurels. Stay tuned for much more music from her in the near future as she continues her rise to rap royalty.